How To Change Siri’s Accent On iOS 12

Siri is available in multiple languages but within languages themselves, there are different accents. English is one obvious example; it’s a language that’s spoken in different countries and the people who speak it, speak it in a dialect that might be difficult to understand in other countries that speak it as well. Britain alone has lots of different accents and as of iOS 12, you can finally change Siri’s accent for a language.

The accent goes a long way in helping you understand Siri better. If you examine the differences between American and British accents alone, you will see how Siri speaking in the right accent will make it more useful.

This is a new feature in iOS 12 which is still in beta. The stable version will be available in September/October this year.

Open the Settings app and tap Siri and Search. The accents that are available are specific to the language you’ve selected for Siri to use. Tap the Siri Voice option and you will see an Accent section at the top of the Siri Voice screen.

Select the accent you want Siri to use. Some accents might have to be downloaded but that won’t take much time. 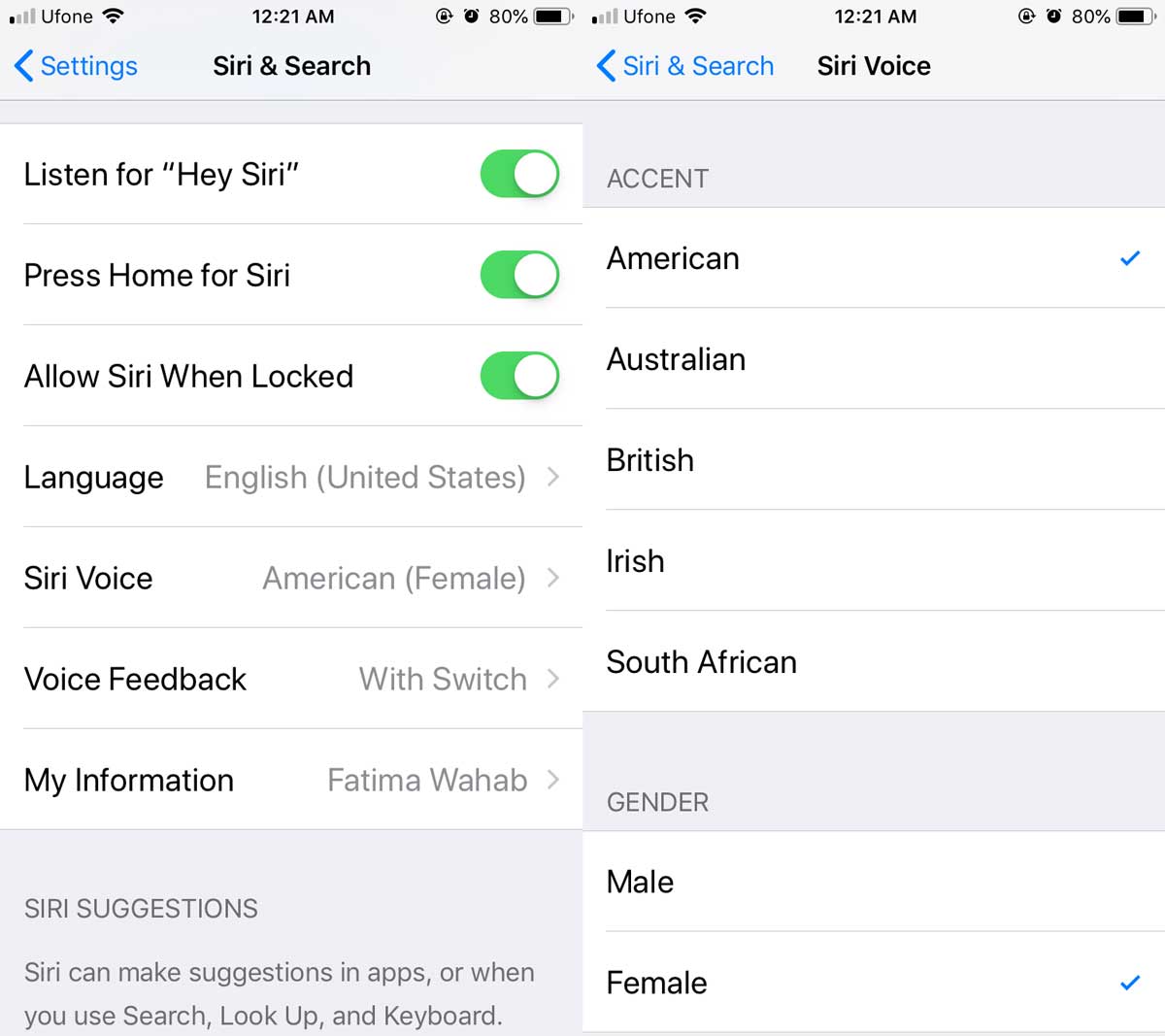 The accents are only available for Siri supported languages. One interesting thing about this feature is that if you’ve set English (United States) as the language for Siri, and you can set it to use a British accent or an Australian accent.

There are accents available for English, Spanish, and French to name a few. The accents are language-country specific e.g., for French, you have the option to use an authentic French accent or a Canadian accent.

You don’t have an option to train Siri to understand your accent or how you speak though the AI does learn how you speak when you correct what it’s heard (by tapping the edit option under a command). Perhaps after changing Siri’s accent, it will also understand you better. There’s no indication whether or not this change in accent will also have an impact in how it listens to your command but it should. Part of what makes Siri so accurate in terms of understanding the commands that it has been given is how well it can neutralize an accent or understand it.