How To Disable Smart Replies In Gmail

Gmail added smart replies to its web interface and its mobile apps. Smart replies in Gmail were initially introduced in Inbox and then ported to the main Gmail apps. They’re commonly used replies that people use like Thank you, or Sounds good, or something like that. It basically saves users the trouble of typing out a generic reply. They’re particularly useful on mobile. If you don’t find them useful though, you can disable smart replies in Gmail.

Open the Gmail app on your iPhone or Android phone. Tap the hamburger icon at the top left to open the navigation drawer. Scroll to the very end of the navigation drawer, and tap Settings. On the Settings screen you will see a ‘General Settings’ option. These are app specific settings and in order to disable smart replies, you need account specific settings. Tap your account on the Settings screen. If you have multiple accounts configured, you will need to disable smart replies for each one individually.

On your account settings screen, you will see a Smart Reply switch. Turn it off and smart replies will be disabled. 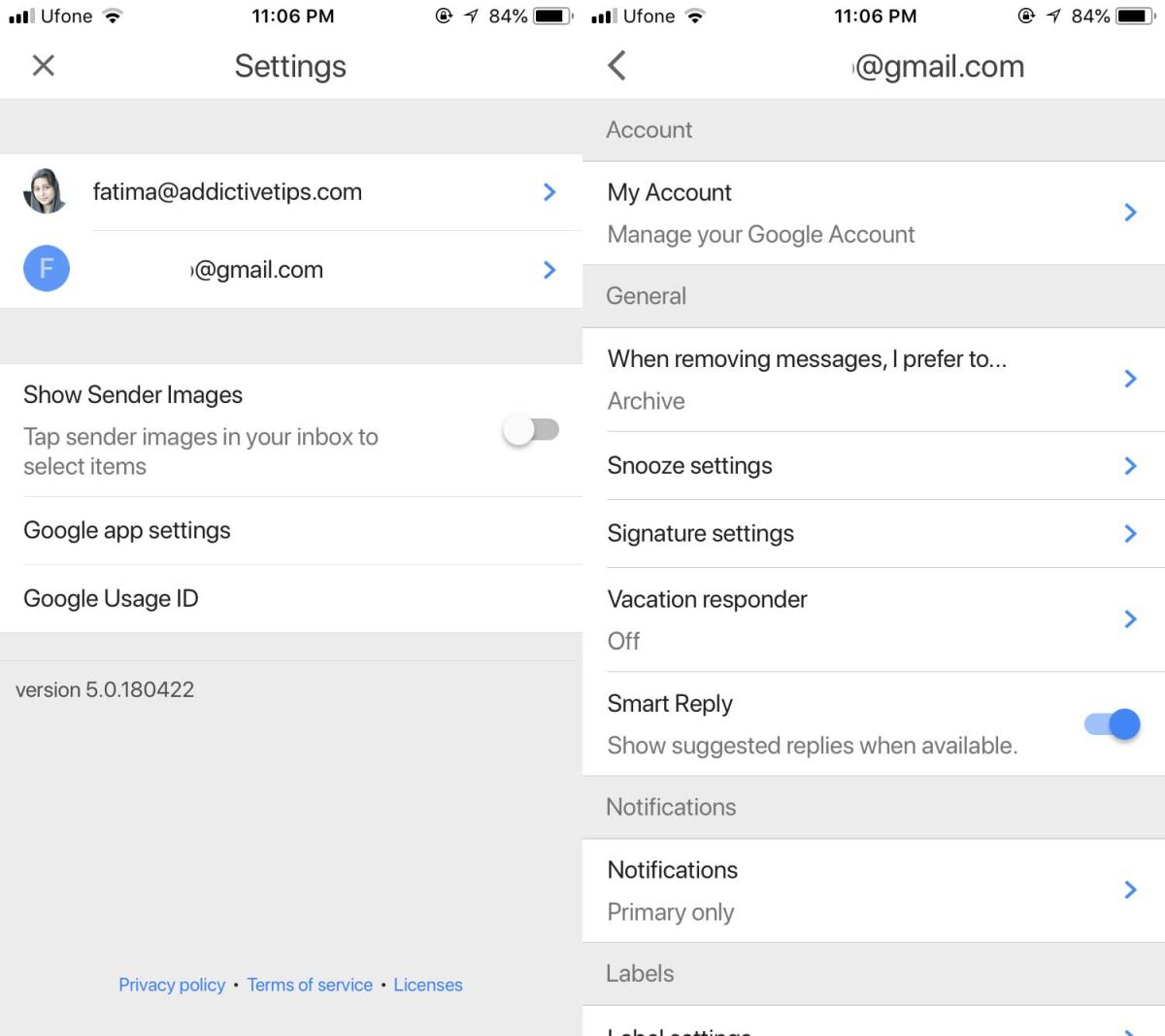 Smart replies are, as the name implies, context aware. They won’t just give you the same 4-5 run of the mill responses when you open an email. The feature learns as it reads more and more of your emails and analyzes which responses you use, and which ones you ignore. If you’re disabling the feature because the replies aren’t useful enough or you rarely see one that you can use try using the feature a bit more to see if it gets any better.

The feature gets better with use so if you gave up on it too soon, that might be the reason why it isn’t as useful for you as it is for others.