Social media isn’t the easiest to navigate. If you post often, you have to worry about visibility but also the people who follow you and how you interact with them. It’s a breeding ground for bots and trolls and the more visual a social media platform is, the more they tend to pile on. Most social media platforms have a blocking feature but blocking isn’t always the solution. Persistent trolls make new accounts all the time since they’re free. A much better option is to shadow ban a troll. Here’s how you can shadow ban an Instagram follower.

Open Instagram and navigate to the post that has a comment from a troll. Swipe left on the comment and you will see a button with an exclamation mark. Tap it. In the menu that pops up, select the ‘Restrict username’ option. This will effectively shadow ban the user on your account. 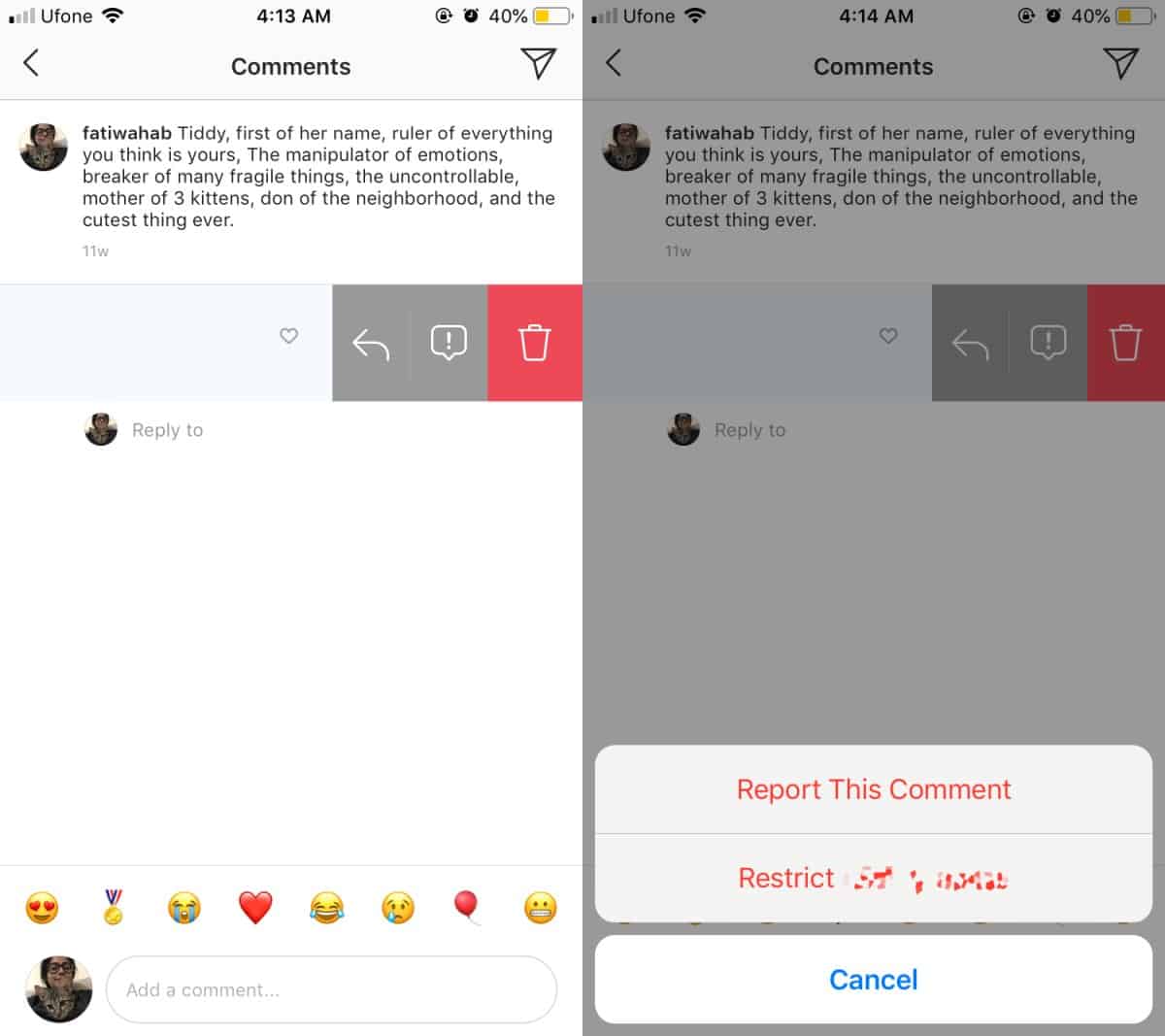 What is a shadow ban?

A shadow ban is where a user is essentially speaking into a void. They’re able to see the content you post but any comments that they leave are invisible to you, and to all your other followers, as well as other accounts that are able to see it. To the shadow banned troll, they’re simply being ignored. To you, you don’t have to bother with ignoring rude, or offensive comments, or spend time deleting them. It saves you a lot of headache to say the least.

If you’re dealing with a persistent troll, a shadow ban is better than blocking. This is because when a troll has been blocked, they know it. They’ll likely create a new account and get back to their trolling. With a shadow ban, the user is unaware that the comments they are posting are not visible. For all they know, they’re no longer getting any interaction.

A shadow banned user can check if they’ve been shadow banned if they have a second account. All they’d have to do is check your account to see if comments from the shadow banned account are visible or not. Other than that, there’s nothing that the user can do. A user that’s been shadow banned cannot appeal the ban however, when they post a comment you do have the option to approve it and allow it to be visible on your posts. This means more curation work for you but the user still won’t know that a comment is visible because it was allowed to be by you.