How to use a Snapchat pet lens

Snapchat knows what we like to take pictures of and it so happens that a lot of people like to take photos of their pets. This is why there’s now a lens that can detect your pets in a photo. Right now, it’s limited to just cats and there appear to only be two lenses available at present but you can count on the app adding support for other pets, and eventually Instagram will copy the feature. Here’s how you can use, or more precisely find a Snapchat  pet lens.

The Snapchat pet lens, like most lenses, works with both the front and rear camera. You need to point your camera at your pet (in this case your cat).

Open Snapchat and tap anywhere on the camera view finder to load the lenses. Look closely for a lens that has a paw print on it. This lens can be used with your pets. The ones that are available at the moment put your cat’s head inside a piece of bread which is an internet joke. If you’re also in the picture, the lens will add bread around your face as well. There’s a second lens that puts your cat’s head in a lime which is, again, a meme.

Good luck trying to get your cat/kitten to hold still long enough for the app to detect its head and snap a photo. 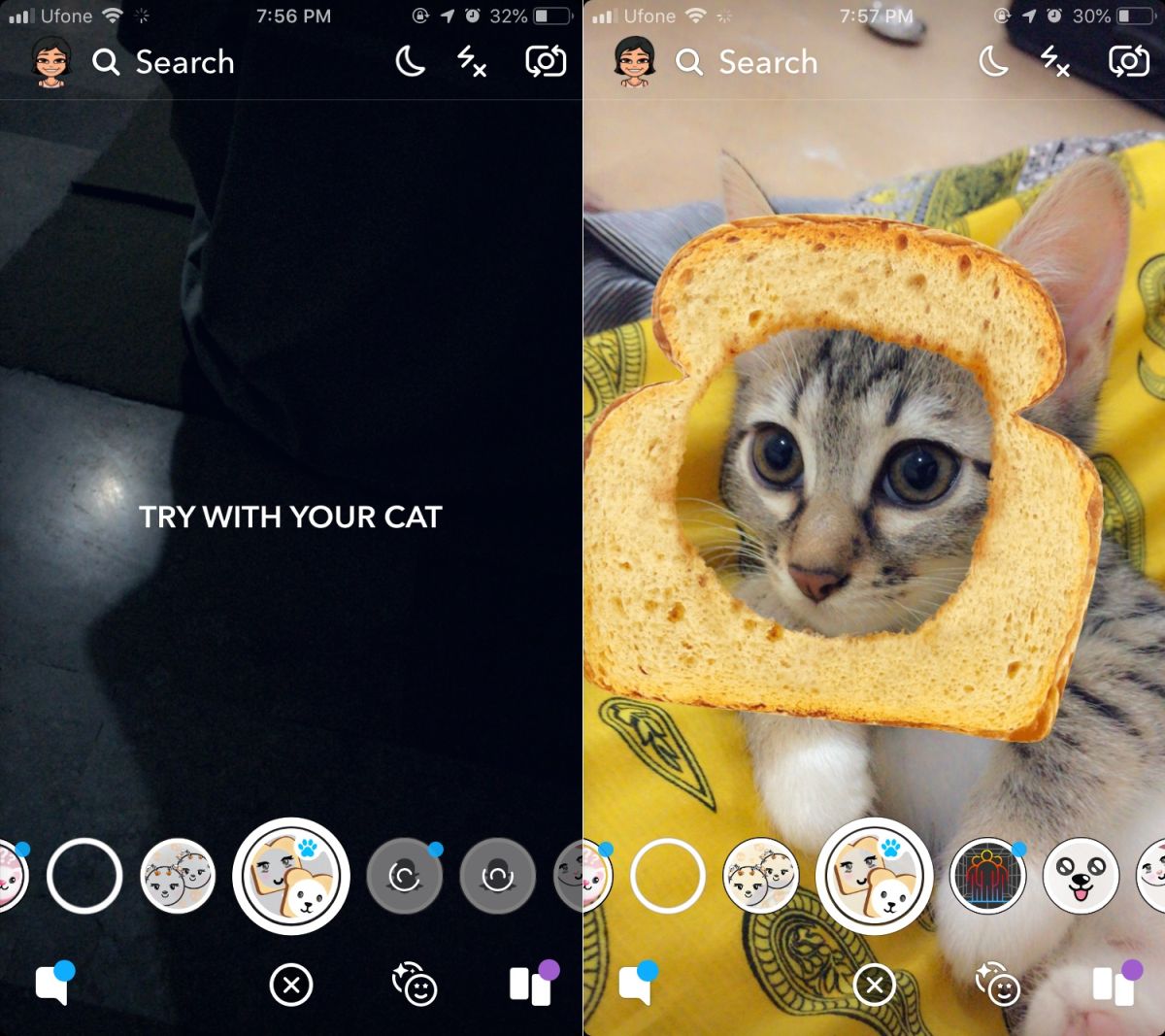 You have to give props to Snapchat for, once again, creating a pretty good lens. It’s based on two ridiculously popular memes and people are going to use them. I don’t have a dog to try this on but it’s possible that it may work on a dog as well if the AI isn’t too smart.

Of course, if Snapchat is relying wholly on meme-worthy lenses, it’s going for lenses that will go viral and in my limited knowledge of memes, I don’t know if anything out there fits dogs. Given that there are two lenses for cats, and zero for dogs, the people at Snapchat have some work to do. Excluding dogs is just awful, and there has to be something that’s popular enough to make into a viral lens for the app. If nothing, the company can crowd source ideas for a dog lens.

What’s left to be seen is how Instagram will copy this feature. People post lots of photos of their pets on Instagram so it shouldn’t be too hard to train the AI to recognize animals. Let’s see if they go with the meme-lenses or if they skip copying this feature.