How to organize video games on Linux with Gnome Games

Do you play a lot of video games on your Linux PC? Are you sick of hunting through Steam, and other tools and launchers to play your favorite video games? If so, Gnome Games may be up your alley. It’s an excellent open-source launcher that can organize all video games (Steam, Wine, open-source games, etc.), and even emulation apps in a simple, organized launcher. Here’s how to set up Gnome Games on your system.

Though Gnome Games carries the name “Gnome,” it does not come pre-installed with the Gnome Desktop Environment, or any other Linux desktop. Instead, if you want to organize video games on your Linux PC with it, you must set up Gnome Games first.

Gnome Games has excellent support for many different Linux distributions, including Ubuntu, Debian, Arch Linux, Fedora, OpenSUSE Linux, and many others. It also has support for Flatpak, which is compatible with every modern Linux operating system today.

After enabling Ubuntu “Universe,” use the apt update command to finish setting up the repository.

Following the update command, use the apt install command to quickly install the latest version of Gnome Games on your Ubuntu Linux PC.

Debian Linux has support for the Gnome Games app in the “Main” software repository for versions 10, 9, 8, and Sid. To start the installation, launch a terminal window by pressing Ctrl + Alt + T or Ctrl + Shift + T on the keyboard.

Once the terminal window is open and ready to go, you’ll be able to easily install the Gnome Games program on Debian Linux with the following apt-get command.

For Arch Linux users, Gnome Games is available in the “Community” software repository. To start the installation, you must enable this repository (if you haven’t already).

Open up the Pacman configuration file in the Nano text editor with the command below.

Gnome Games is available to users of Fedora 31, 30, and Rawhide. To install the software on your Fedora Linux PC, launch a terminal window by pressing Ctrl + Alt + T or Ctrl + Shift + T on the keyboard. Then, use the dnf command below to load up the app.

The Gnome Games app is ready to install for OpenSUSE 15.1, 15.0, and Tumbleweed via the “Oss all” software repository. To start the installation, launch a terminal window with Ctrl + Alt + T or Ctrl + Shift + T. After that, use the Zypper command below to get Gnome Games.

Gnome Games is available as a Flatpak in the Flathub app store! To start the installation Gnome Games, please follow our guide on how to set up the Flatpak runtime on Linux. It is required to run apps from Flathub.

Once you’ve gotten the Flatpak runtime up and running, the installation of Gnome Games can begin. Enter the two commands below, and the program will install!

Now that the Gnome Games app is installed, follow the step-by-step instructions below to learn how to organize your video games.

Step 1: Launch the Gnome Games app on the Linux desktop by searching for it in the app menu.

Step 2: Inside of Gnome Games, look for the + symbol at the top left and click it with the mouse to open up the open-file dialog.

Step 3: Use the open-file dialog to browse for any video game emulator ROM files, Steam games, or any other type of video game on your Linux PC. Then, click the “Open” button to import it into the program. 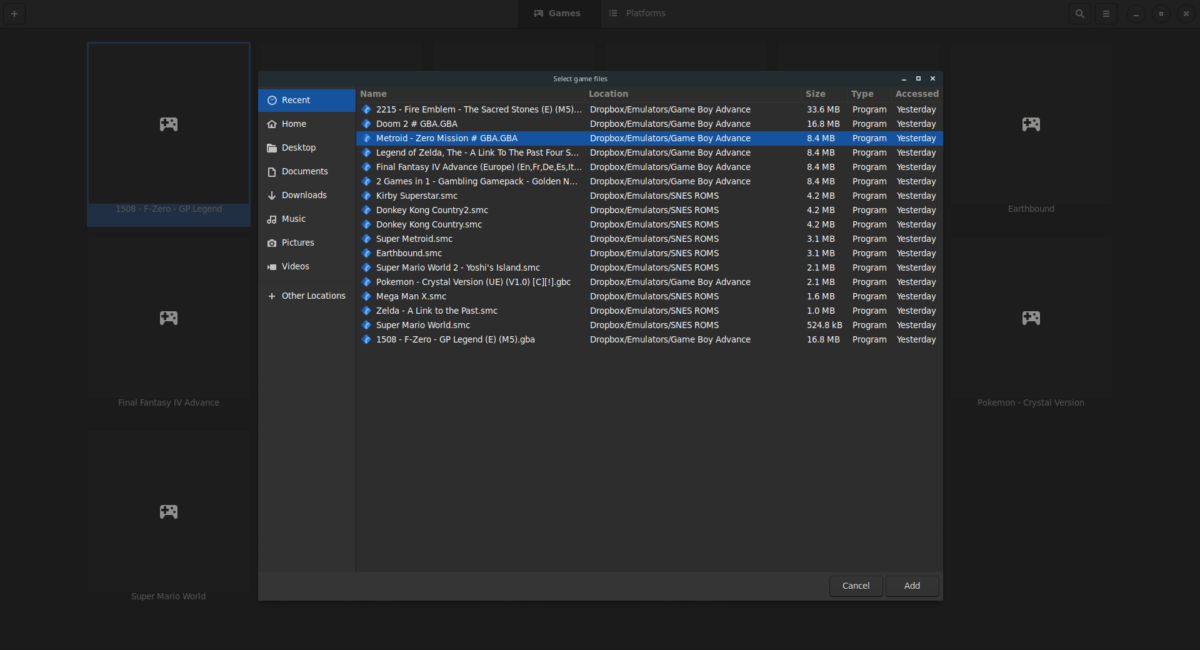 Step 4: Select the “Games” button to organize your video games by title. Alternatively, select the “Platforms” button to sort them by platforms. 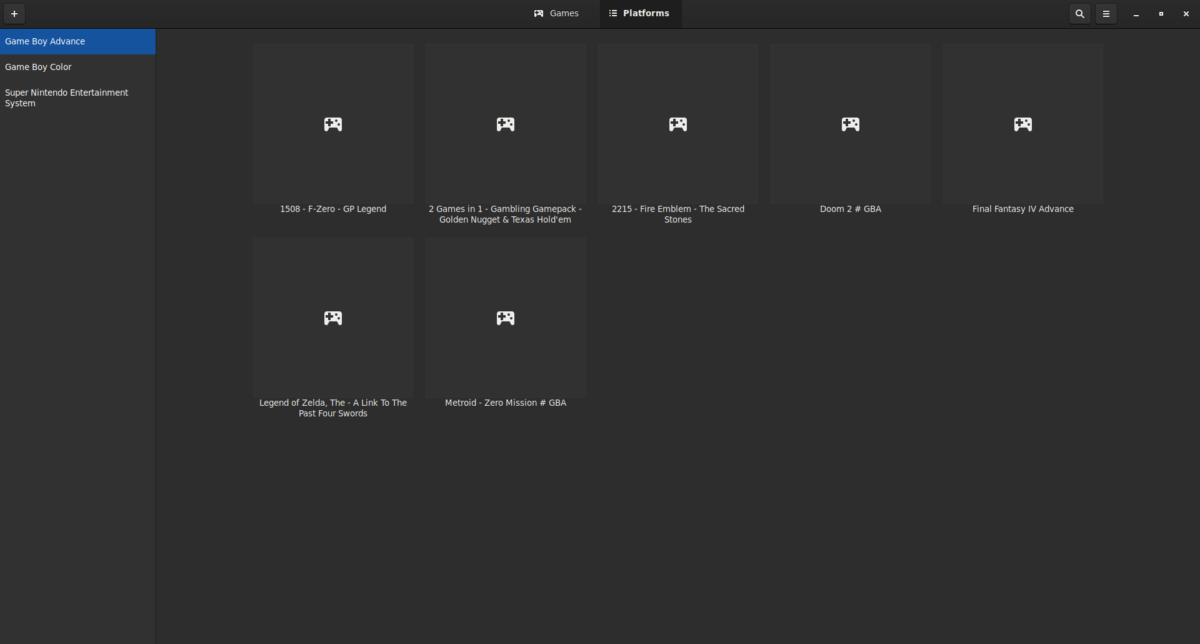 Once your video games are added to Gnome Games, you can launch them and start playing. To launch a video game from Gnome games, look through “Games,” double-click on the game you’d like to play, and it will instantly boot up! 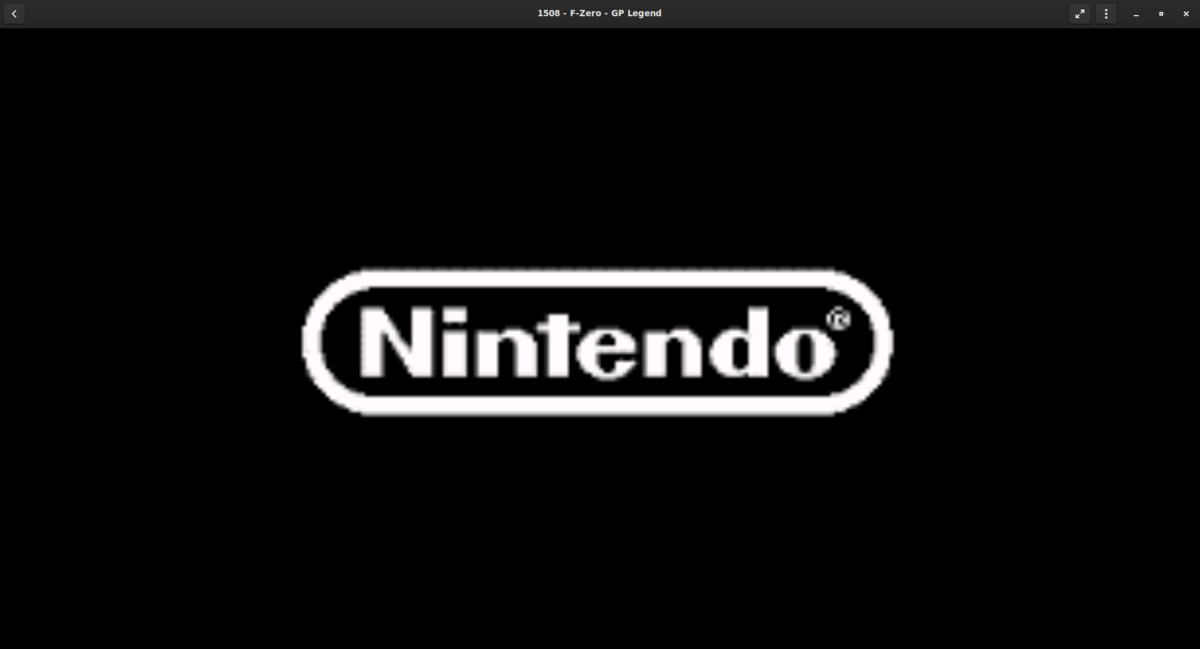 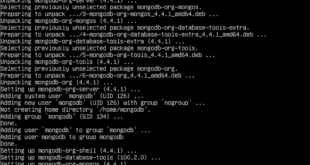 How to install MongoDB Community Edition on Linux 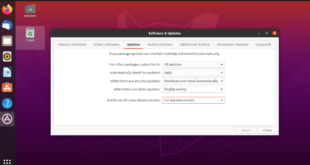 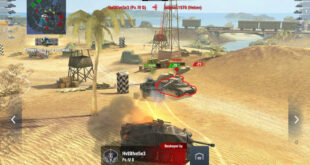 How to play World of Tanks Blitz on Linux 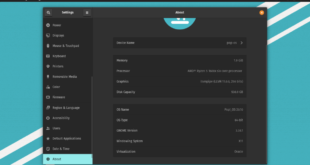 Pop_OS, the operating system developed and maintained by Linux computer manufacturer System76 has a new …