How to update Corsair keyboard firmware on Linux

On Ubuntu Linux, CKB Next is, unfortunately, not available in the official Ubuntu Linux software repositories. Instead, users of Ubuntu must install it via a third-party software PPA.

To enable the CKB Next PPA, use the add-apt-repository command below.

Once you’ve added the CKB Next PPA to your Ubuntu Linux system, it is time to run the update command. Use the apt update command below.

Following the update command, it is time to install the CKB Next app using the apt install command below.

On Debian Buster and other versions of the operating system, CKB Next is not available. However, it’s ok, as the software is straightforward to compile and set up.

To start the compilation for CKB Next, open up a terminal window and use the command-line to install the various dependencies required to compile the software.

Following the installation of the various CKB Next software, grab the source code from Gitlab using the Git tool.

Move the terminal window into the “ckb-next” directory with the CD command.

Run the quick installation script to build the software.

Finally, enable and start the CKB Next daemon.

CKB Next is not available on Arch Linux through the traditional package repositories. Instead, you must install it from the AUR. To start the installation, use the Pacman command to set up “Base-devel” and “Git.”

Following the installation of “Git” and “Base-devel,” grab the AUR package for the Trizen AUR helper and install it. It will make setting up CKB Next much easier.

Once Trizen is set up, install CKB Next with the command below.

CKB Next for OpenSUSE Linux is on the OBS. To install it, go to this page here.

If you’re not using Ubuntu, Arch Linux, Fedora, or OpenSUSE, there is still a way to get CKB Next on your Linux system by compiling it from the source code.

To get your hands on the source code for the app, head over to GitHub page, and read the instructions. They will help you compile and build it for your distribution.

If you’d like to update the firmware on your Corsair keyboard, start by launching the app on the Linux desktop. To open up the app, search your program menu for “CKB Next,” and click on it with the mouse. Or, press Alt + F2 to open up the quick launcher, then, write the command below to run it. 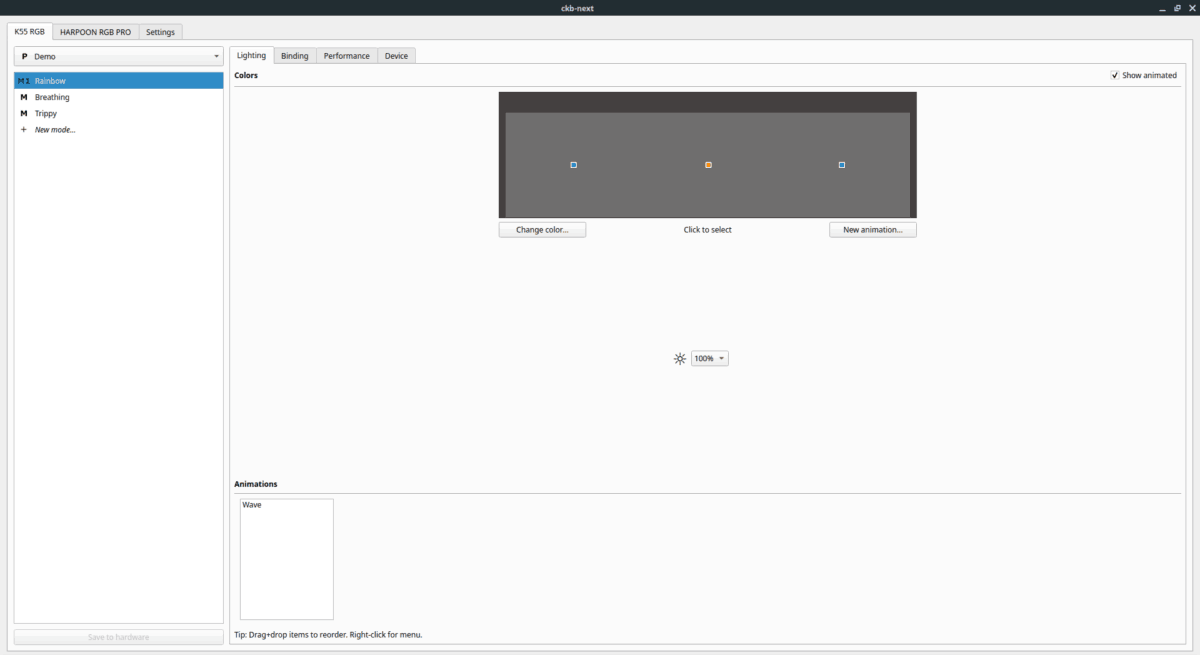 Now that the CKB Next is open on your Linux desktop, it is time to use it to update the firmware on your keyboard. Follow the step-by-step instructions below.

Step 1: In the CKB Next app, there are several tabs. These tabs represent your Corsair devices, as well as the “Settings” Tab. Find the tab that represents your Corsair keyboard, and click on it.

Please keep in mind that CKB Next does not label devices as “keyboard.” Instead, you must locate your device based on the product name. For example, to update the firmware on the Corsair K55 RGB keyboard, you’d click on the “K55 RGB” tab.

Step 2: After finding the keyboard device tab in CKB Next, you will see other tabs. These tabs are “Lighting,” “Binding,” “Performance,” and “Device.” Find the “Device” tab, and click on it to access your keyboard’s firmware area.

Step 3: Inside of the Corsair keyboard firmware area, make your way down to the “Status” section. Next to status, there is a button. If your firmware is out of date, click it to download and automatically update the keyboard. 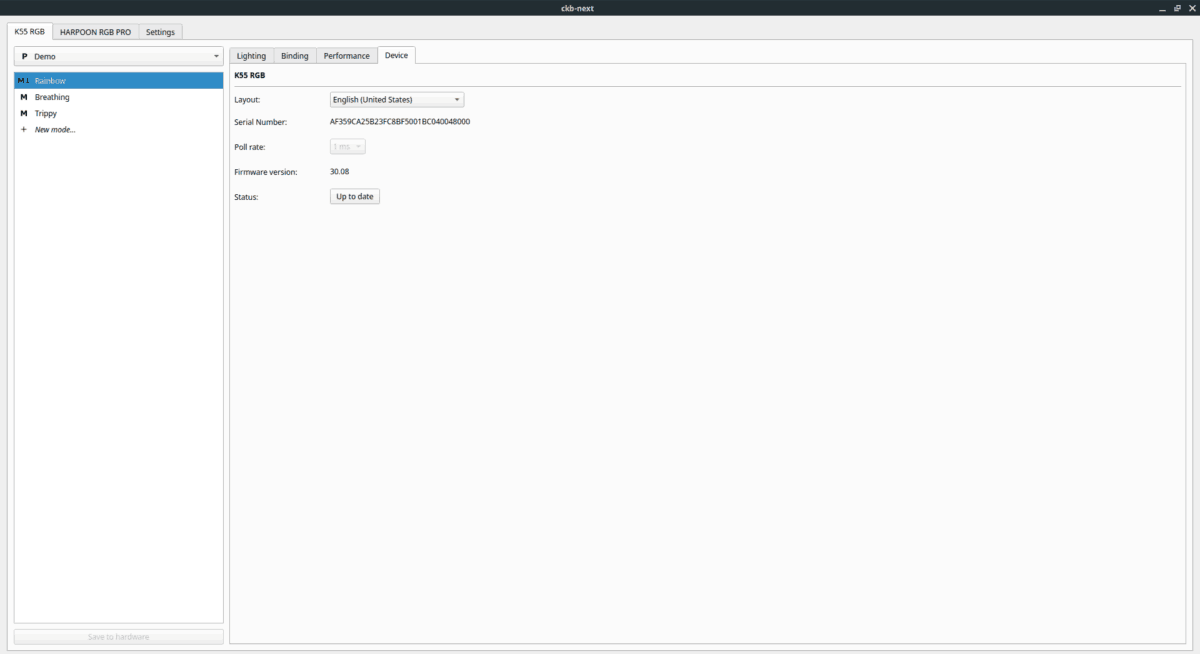 If your keyboard is already up to date, but it is not responding, and you need to update the firmware, do the following manually. 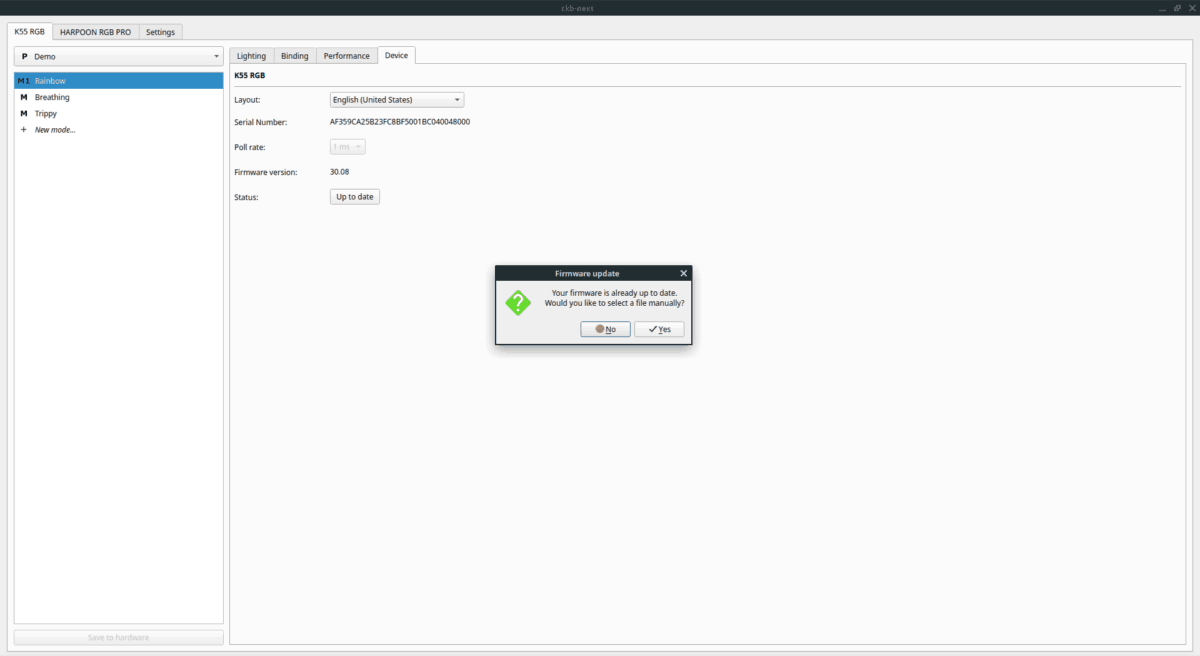 Click on the “Up to date” button to load in a firmware file. Select your firmware file, and CKB Next will install it. 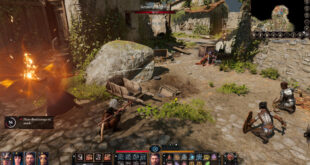 How to interworking Baldur’s Verge 3 on Linux 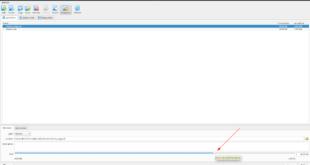 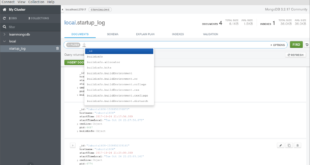 How to imitate MongoDB Spire on Ubuntu