Breaking News
Home / Exciting tips / Linux / How to use the classic Unity Desktop in Ubuntu 20.04

How to use the classic Unity Desktop in Ubuntu 20.04

Even though Canonical ditched the Ubuntu Unity desktop in 18.04, it is still possible to use it on the new release, Ubuntu 20.04, and the company still makes it available to all who like to use it.

In this guide, we’ll go over ways you can get the Ubuntu Unity desktop up and running in two ways. The first way is to install it onto an existing Ubuntu 20.04 system. The second way involves installing the Ubuntu Unity Remix unofficial flavor.

Note: For method 1 in this guide to work, you will need to upgrade to Ubuntu 20.04 LTS. If your Ubuntu Linux PC is not running Ubuntu 20.04 LTS yet, please follow our in-depth guide on how to perform the upgrade. 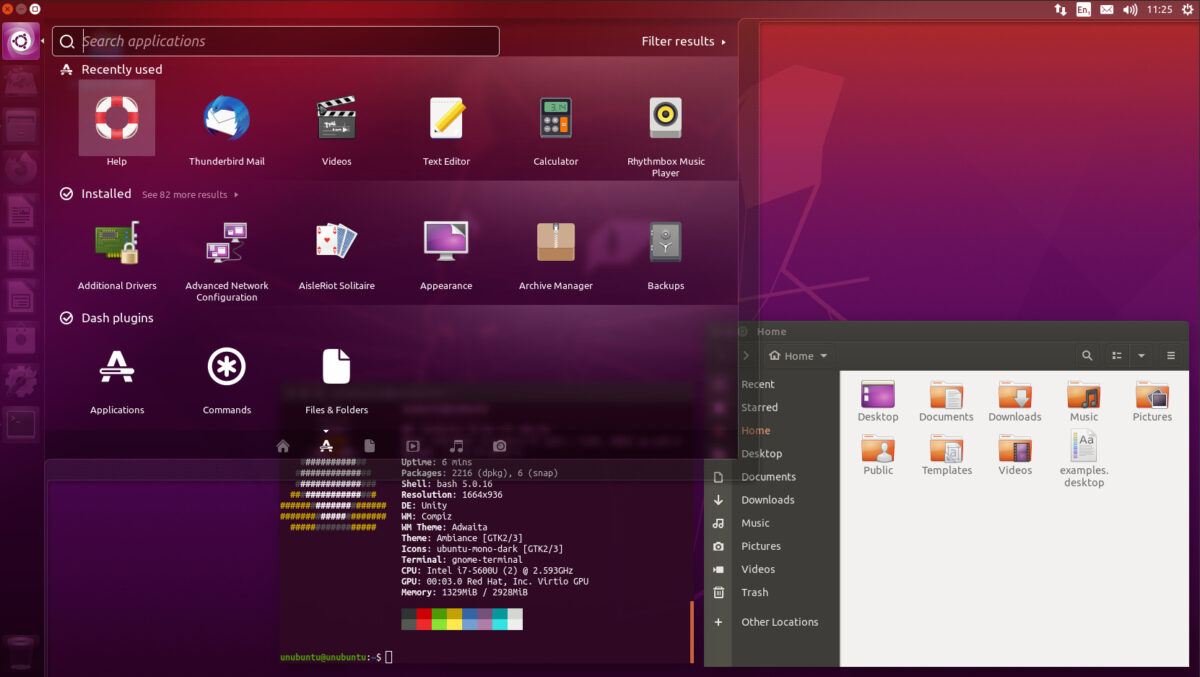 If you don’t like the new Gnome Shell desktop environment that is on Ubuntu 20.04 LTS, you’ll be happy to know that installing Unity is possible. To do it, start by opening up a terminal window. Then, follow the step-by-step instructions below to get Unity working on your system.

Or, if you do not want to install any of the suggested packages and just the important ones required to run Unity, execute:

Step 2: During the installation of the Ubuntu Unity desktop environment, you’ll be prompted to select a new login screen. In the terminal UI, select the “lightdm” option.

Step 3: Close the terminal and reboot your Linux PC. Since you’ve chosen a new login screen, the system must be restarted.

Step 4: Locate the sessions box, and select “Unity” as your session. Then, choose your user, enter your user account’s password into the login box, and press Enter to log in.

Upon logging in, you’ll be using Ubuntu Unity on Ubuntu 20.04 LTS! Enjoy!

Being able to install the Unity desktop directly onto an existing Ubuntu Linux installation is quite handy. It means that you don’t have to reformat your entire system and rework it to get going. However, if you’d prefer a fresh start with Unity, there is the Ubuntu Unity Remix.

What is Ubuntu Unity Remix? It’s an unofficial Ubuntu spin that follows how Ubuntu did it for the better part of a decade: with the Unity desktop as the default, rather than customized Gnome Shell. In this section, we’ll show you how to get going with Unity Remix.

Step 1: Plug in a USB flash drive of about 2 GB in size (or larger) into your USB port. For best results, plug it into a USB 3.0 port, as flashing Ubuntu Unity Remix will be faster.

Step 2: Head over to this MediaFire link and download the Ubuntu Unity Remix to your computer. It is a 3 GB file so that the download process may take a bit of time. Be patient!

Step 3: Head over to Etcher.io. Once on the website, look for the download button and click on it. Selecting this button will save the Etcher program to your computer. Etcher is a USB/SD flashing utility, and we’ll need it to get Ubuntu Unity Remix onto your USB flash drive.

Step 4: After the Etcher application is done downloading, extract it from the ZIP archive it came in, and launch it. On Linux, Etcher is an AppImage. Just extract the file and double-click on it to run.

If you are running Etcher on a Windows or Mac computer, you will need to follow the instructions on the website to open it.

Step 5: Find the “Select Image” button and click on it with the mouse. Upon clicking on “Select Image,” you will be presented with a browser window. Use this window to find the Ubuntu Unity Remix ISO file you downloaded earlier.

Step 6: Click the “Select Drive” and choose your USB flash drive if the app hasn’t done it for you automatically.

Step 7: Find the “Flash!” button, and click it with the mouse. Upon clicking the button, Etcher will begin to create your Ubuntu Unity Remix installation USB.

Step 8: After the Etcher app is done creating your Ubuntu Unity Remix USB, restart your computer with the USB flash drive still plugged in. Then, access your computer’s BIOS and configure it to boot from the USB. 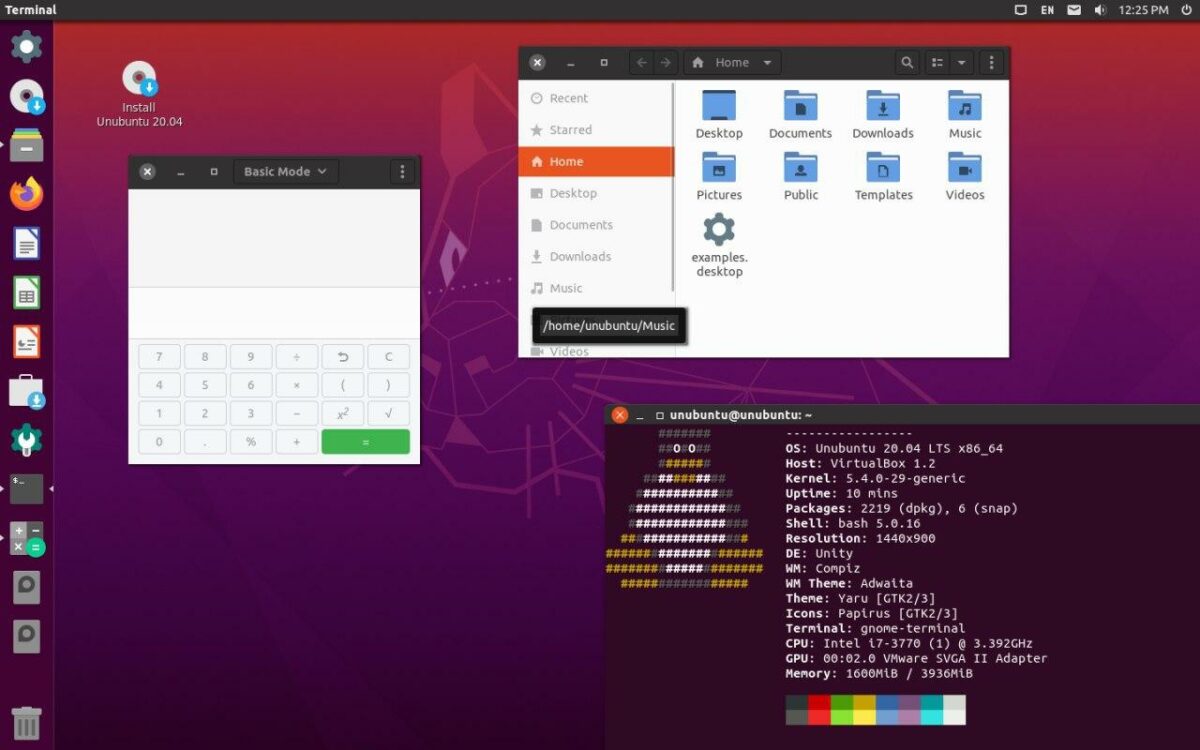 Once Ubuntu Unity Remix is installed, reboot your Linux PC! When your PC finishes restarting, you’ll be able to log right into the classic Ubuntu Unity desktop! Enjoy! 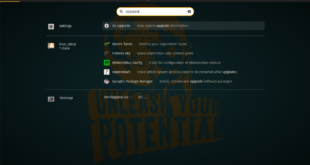 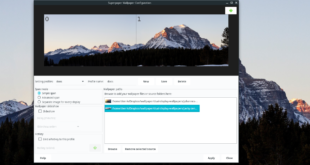 How to set one wallpaper on two screens with Superpaper 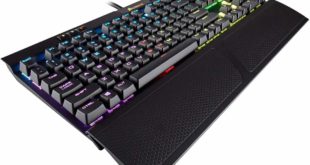 4 Best Gaming Keyboards for Linux Use 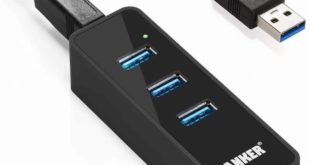 Trying to find a USB ethernet adapter that works well on Linux? Tired of buying …