In the market for a new webcam? Need to find one that will work well with your Linux PC? We can help! Here are 4 webcams with excellent Linux compatibly!

A webcam displays your digital self to others online through video conferences, one-on-one calls, and even broadcasts and streams. For these reasons, we must answer the question, “What to look for when choosing a webcam.”

Video resolution is the most important thing to consider when buying a webcam. A bad webcam has low resolution and produces poor video quality, which will make your video conferences, one-on-one video calls, and video broadcasts a lousy experience.

For the best experience, seek out a webcam that has a high resolution. However, take into account your internet bandwidth, as too high a resolution may lag video calls!

These days, people are wary of creeps watching their webcams. This fear isn’t unfounded. As it turns out, government agencies and hackers routinely spy on personal webcams to steal private information. With this in mind, it is a good idea to take into account the privacy features of the camera you are buying. Does the device come with a privacy lens shutter? Or, at the very least, is the device they’re selling secure? Do they regularly patch their device firmware?

Almost all modern webcams come with a built-in microphone. However, not all microphones are created equal. Some record audio in mono (single-channel) and some in stereo (multi-channel).  If sound quality is important to you, look out for webcams with stereo microphones, as they tend to be of higher quality.

The Best Webcam for Linux

Based on our extensive research these are the best webcams for Linux users we have identified: 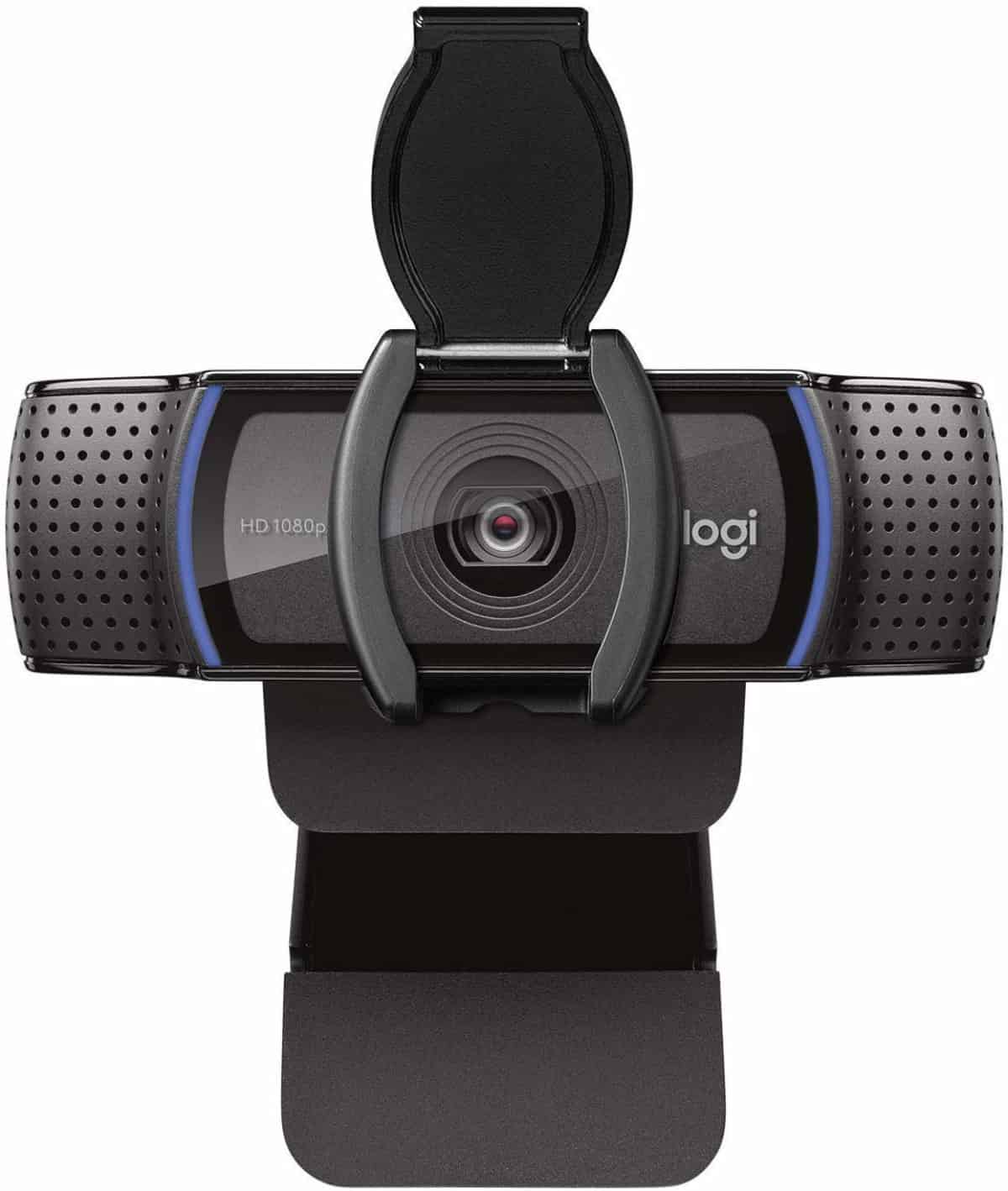 The Logitech C920S HD Pro is an excellent, premium quality webcam built by the Logitech corporation. It puts your privacy front-and-center with it’s “privacy shutter.” Additionally, the C920S sports a full HD camera lens, has auto-focus, light correction, and comes with dual built-in microphones to ensure that video calls have excellent audio quality. According to Logitech, the C920S HD Pro works very well with standard VOIP programs, such as Skype, Discord, and others.

Thanks to Linux kernel developers, most Logitech webcam works very well, and there is no requirement to install any third-party drivers to get it running. However, the Logitech cam software is not supported on the platform, and you will need to use the Cheese app instead.

In our experience with the C920S HD pro, we found that it worked out of the box on most Linux distributions, and interacted with most VOIP apps (like Skype, Discord, and others) very well. We also noticed that the camera performed poorly in USB 2.0 ports, compared to 3.0 ones. 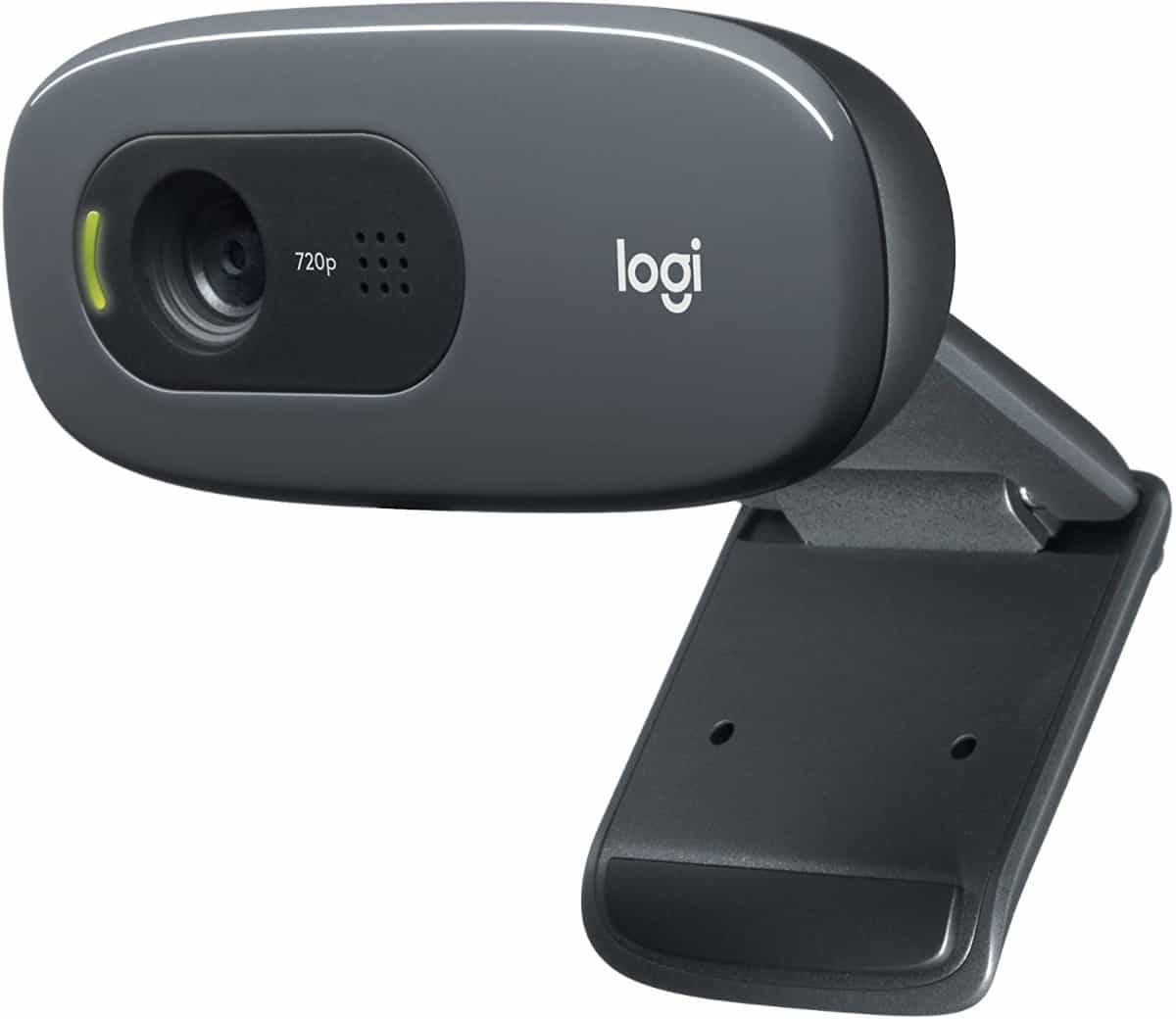 The Logitech C270 is an affordable, 720p webcam for PC. Unlike the C920S HD Pro, it does not have a privacy shutter, but it makes up for it by including a background-noise filter in the mic. Features for the C720 include 1280×720 resolution video quality, 3-megapixel picture-taking, a built-in microphone, and support for USB 2.0.

As the C270 is a Logitech product, we know it works very well with the Linux platform, and no third-party drivers are required to use it. However, the camera software that Windows users enjoy (which lets users customize cam settings) does not work on Linux, so users need to make use of open-source cam tools like Cheese.

In our testing with the Logitech C270, we found that it interacted very well with popular VOIP apps on Linux, such as Discord, Skype, Slack, and others. We also noticed that plugging in the USB 2.0 camera cord into a USB 3.0 slightly improved performance. 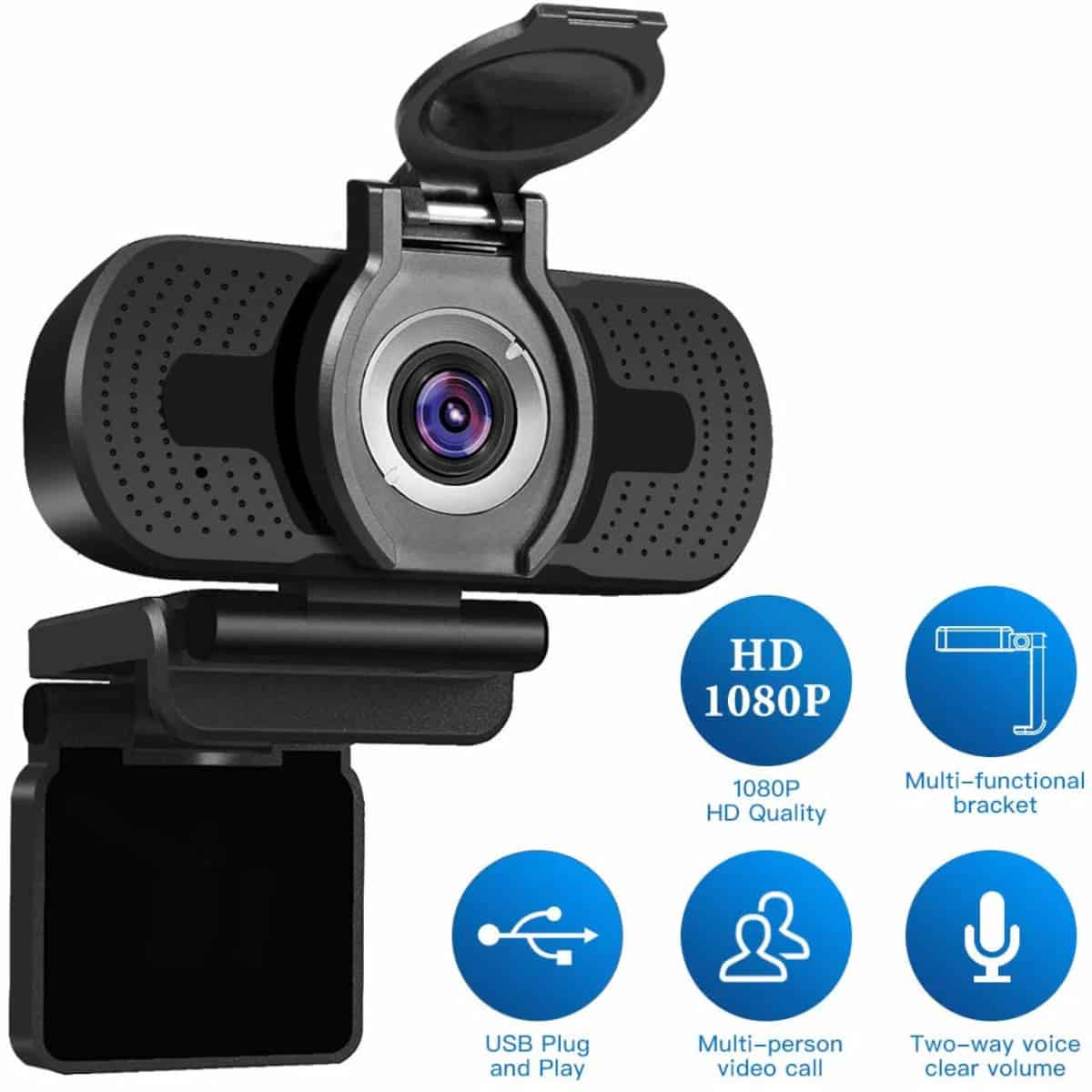 The LarmTek 1080P is an affordable webcam. Despite its affordability, it has some excellent features, such as a built-in analog microphone for video calling (with noise-cancel support), a 75° degree viewing angle for wide camera shots, and a “beauty” filter to make you look “nicer” in video calls.

LarmTek is not as well known as some of the name-brand webcam makers like Logitech, Microsoft, and others. Despite this, the device enjoys pretty good support on most Linux operating systems without needing to install 3rd-party drivers. That said, LaramTek does not appear to support Linux officially, and their webcam software only works on Windows. Users will need to make use of apps like Cheese to access cam settings. 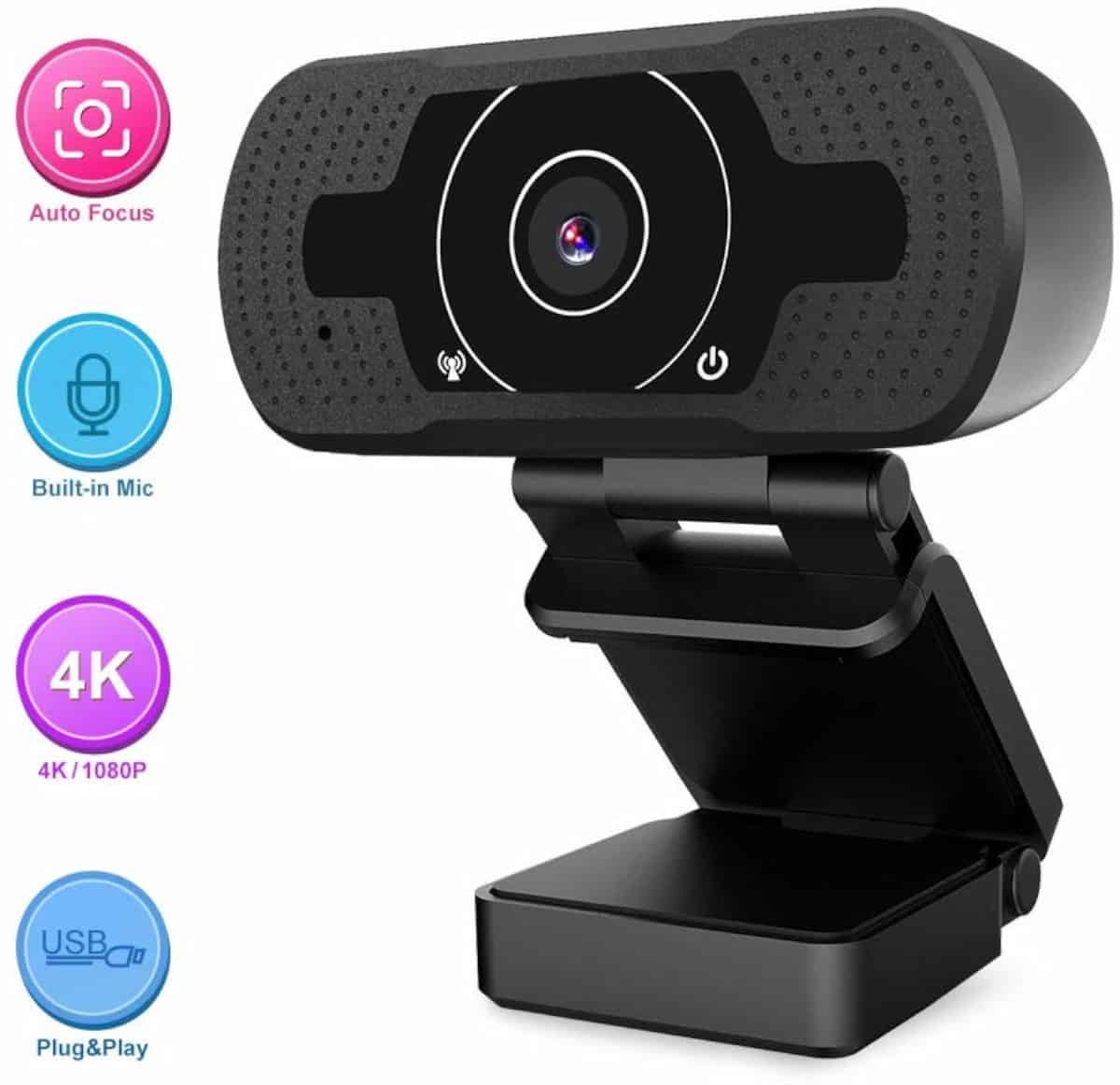 The Hrayzan 1080P HD is a reasonably priced webcam with a 1080P screen resolution. The lens in the camera is the SONY 8 MP CMOS Sensor, and because of that, it delivers some excellent video quality despite the cost.

Aside from the excellent camera lens, the Hrayzan 1080P HD webcam has some other great features, such as fast autofocus, light correction, and a built-in stereo microphone.

Like all modern webcams, the Hrayzan 1080P HD webcam works fine on almost all Linux operating systems without the need to install any third-party software drivers. Though, keep in mind, as Hrayzan does not support Linux officially, their software will not work, and like the other webcams on this list, using Cheese is required to film videos, take pictures, etc.

In our testing with the Hrayzan 1080P HD webcam, we found that it works well in both USB 2.0 and 3.0 ports. We also found that video quality was much better with USB 3.0.

In this list, we went over the four best webcams with excellent webcam compatibility. That said, these four webcams are not the only ones that work pretty well on the Linux platform. What is your favorite webcam to use on Linux? Tell us below in the comments! 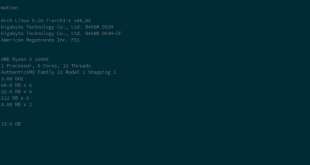 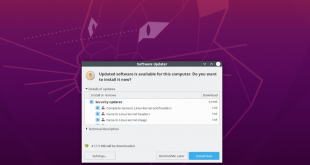 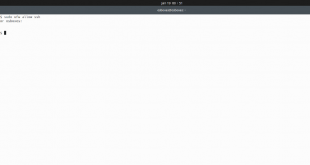 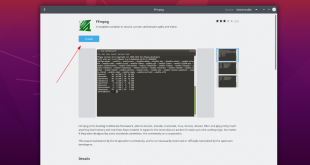 Do you need to get FFMpeg installed on your Ubuntu system? Can’t figure out the …