How to launch Dock apps with hotkeys on macOS

If you’ve ever used a Windows system, you might know that it has a taskbar at the bottom which is the macOS equivalent of the Dock. You can pin apps to it, and also launch them. Additionally, the apps that are pinned to the taskbar on Windows 10 can be opened with the Win+NumberKey shortcut. Something like this doesn’t exist on macOS out of the box but if you want to launch Dock apps with hotkeys, you can do so with a free app called Snap.

Snap is great; you install it and it’s already all set up to work the way the feature does on Windows 10. Essentially, you can launch Dock apps with the Command+NumberKey shortcut.

You will obviously have apps pinned to your Dock. This will include apps that are stock apps and third-party apps. Snap work great with both. If you tap the Command+1 keyboard shortcut, it will launch the very first. In the Dock arrangement below, the first app is Launchpad. It seems Snaps will ignore Finder so it starts counting after Finder which is the first app pinned to my Dock. If you tap Command+2, it will launch Safari, Command+3 will open Notes, and so on. You’re free to pin whichever apps you like to your Dock and this app will work perfectly with them.

While Snap is set up to work great out of the box, you can still customize shortcuts any way you want. To do that, open Snap preferences and go to the Manual tab. Here, you can record your own shortcut for opening apps and this is where you can overcome the app’s limitation to not launching Finder with a keyboard shortcut. The reason it won’t launch Finder is because it needs special permissions. When you record the shortcut and use it for the first, you will be asked to grant the app special permission to open Finder. It goes without saying this is a great app that more people should know about. The app runs in the menu bar but you can hide its icon if you want. Additionally, it also supports the dark theme in macOS Mojave. If you switch between themes, you will have to quit and relaunch the app for the change to be applied but that’s not much to complain about. Lastly, you can set Snap to run at start up.

If you want to change what the app’s default keyboard shortcuts do, you can go to the Manual tab in the preferences and simply add the shortcut for a different app. 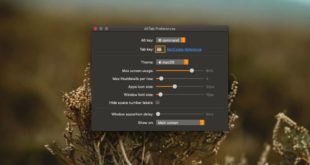 How to install a plugin in QuickLook on macOS 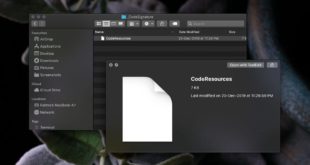 How to add QuickLook support for text based files on macOS 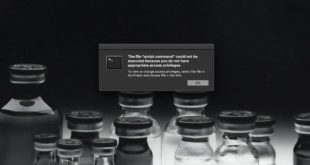 AppleScripts are the common script type you’ll find on macOS but, there are other scripting …