Acrobat Failed to Connect to a DDE Server (Complete Tutorial)

Acrobat Reader is Adobe’s free app for opening its proprietary PDF file format. If you need to create or edit a PDF, from Adobe’s suite you will need Acrobat DC. The program isn’t free, so you will need to purchase a standard subscription to use it or to find a third-party app for the job. But since a lot of users prefer to use Acrobat DC, we’re here to explain what you should do if Acrobat failed to connect to a DDE server — which is a common error. 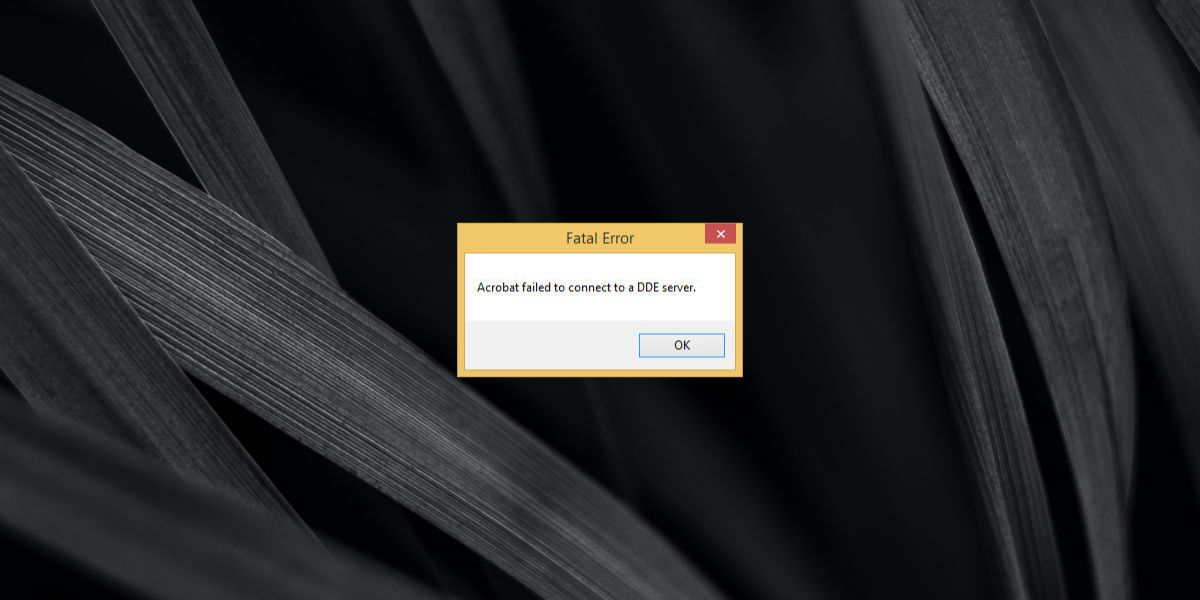 Acrobat failed to connect to a DDE server

Acrobat is a feature-rich app that allows users to edit PDF files; you can view them, add/remove text, combine multiple files into one, remove a page from a file, add images, remove images, and more. As such, the ‘failed to connect to a DDE server’ error can appear when you;

This error used to be quite common in 2011 and 2017 and was a known bug at the time. It was patched via an update to the Acrobat DC app but it will resurface now and then. The only difference is that Adobe doesn’t have the fix for it this time. Try the fixes below and the problem should go away.

It’s possible that the PDF file you’re trying to open or combine with other files is the problem. Try opening a different file, or files, and see if the problem still appears. If it doesn’t, your files are likely the problem. If the problem persists, try another fix.

Close all instances of Acrobat DC and then open the app again.

While this error isn’t generally pervasive in a particular version of the app, updating it can help resolve the problem in some cases. If you’re able to open the app, follow these steps 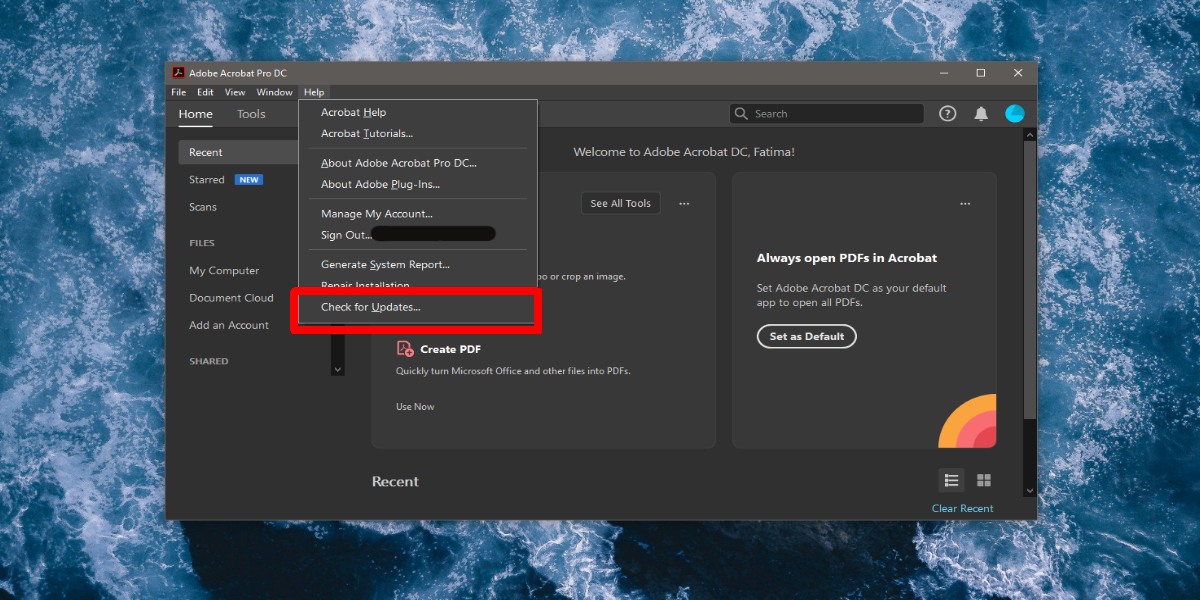 If you’re unable to open Acrobat DC, you’re going to have to uninstall the app and download and install it again. 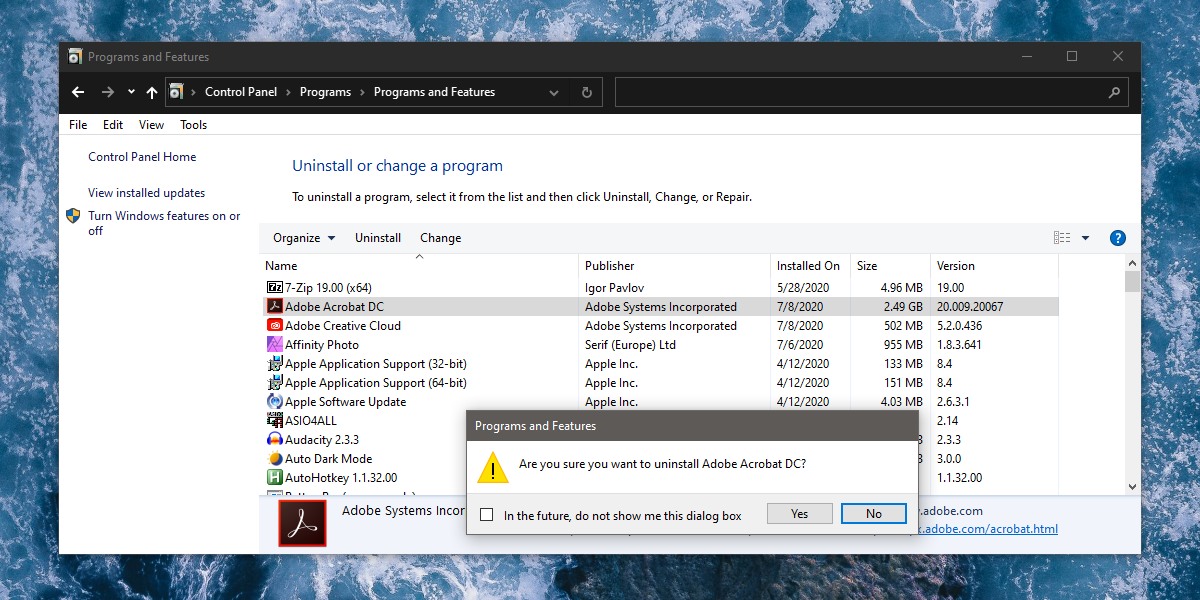 Acrobat DC can run into problems and it has a built-in repair feature in case something breaks. If you’re able to open the app, follow these steps to repair it. 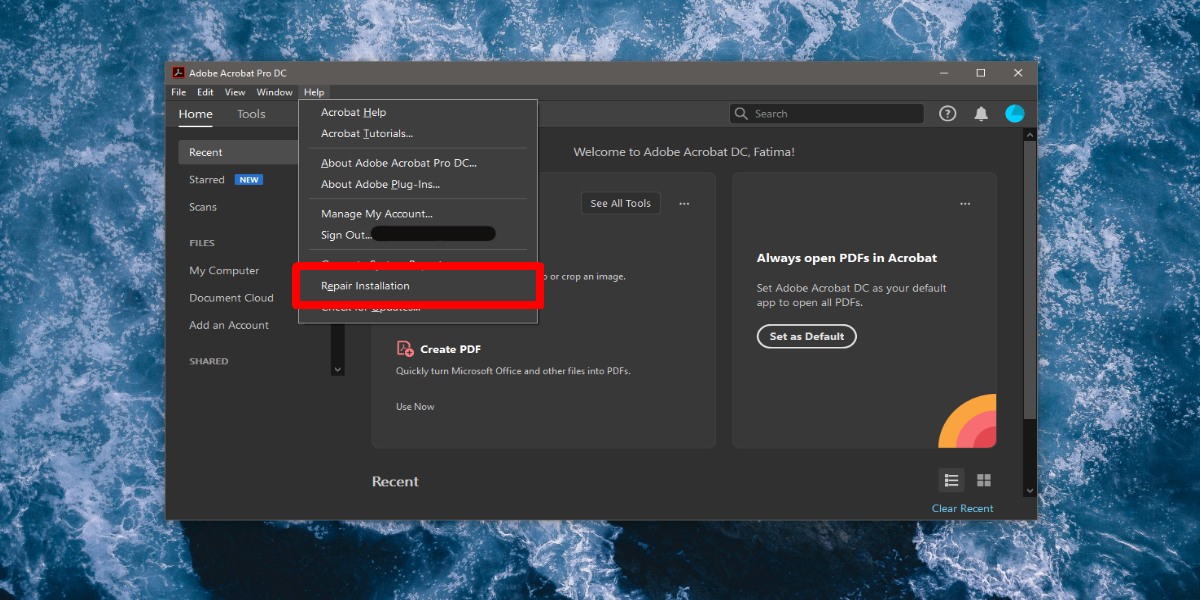 If you’re unable to run Acrobat DC without seeing the ‘failed to connect to a DDE server’ error, you can initiate a repair from the Control Panel. 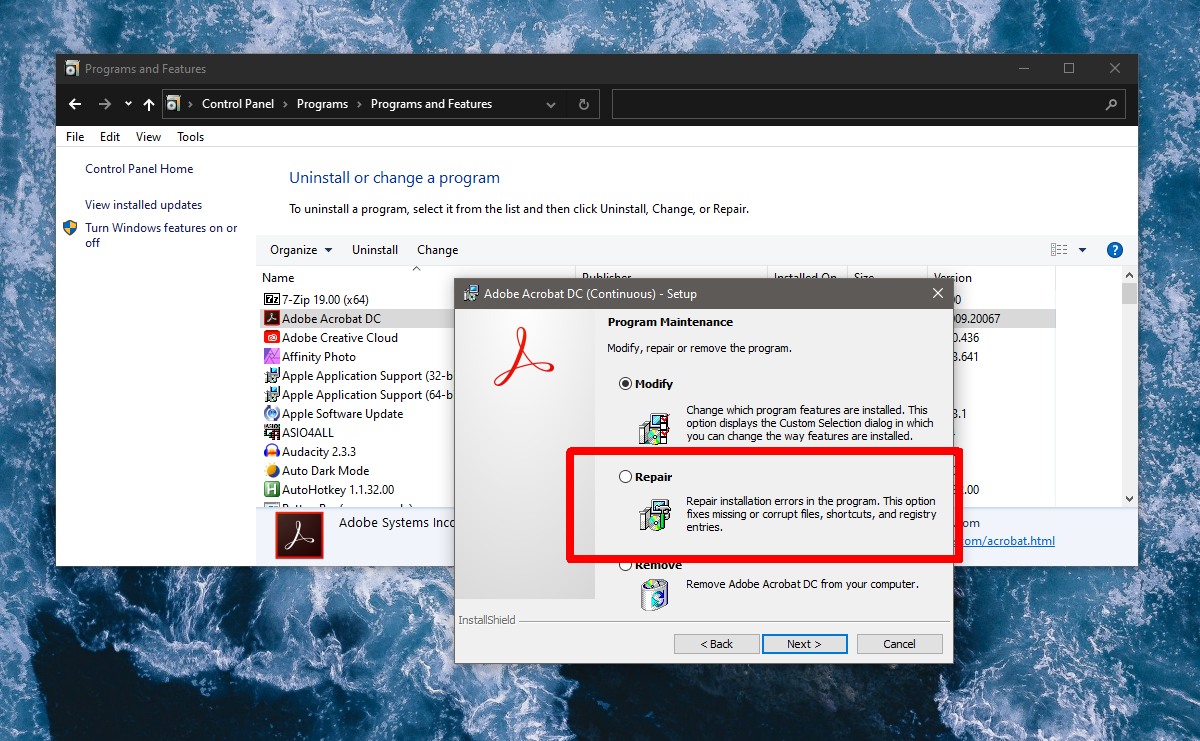 You may be seeing this error if you’ve updated Acrobat DC from an older version to a new one. The version may not have updated in the Windows registry and you will have to fix it manually. In order to do that, you need to find the version number of Acrobat DC.

If you’re able to open the Acrobat DC app, follow these steps to find the version number. 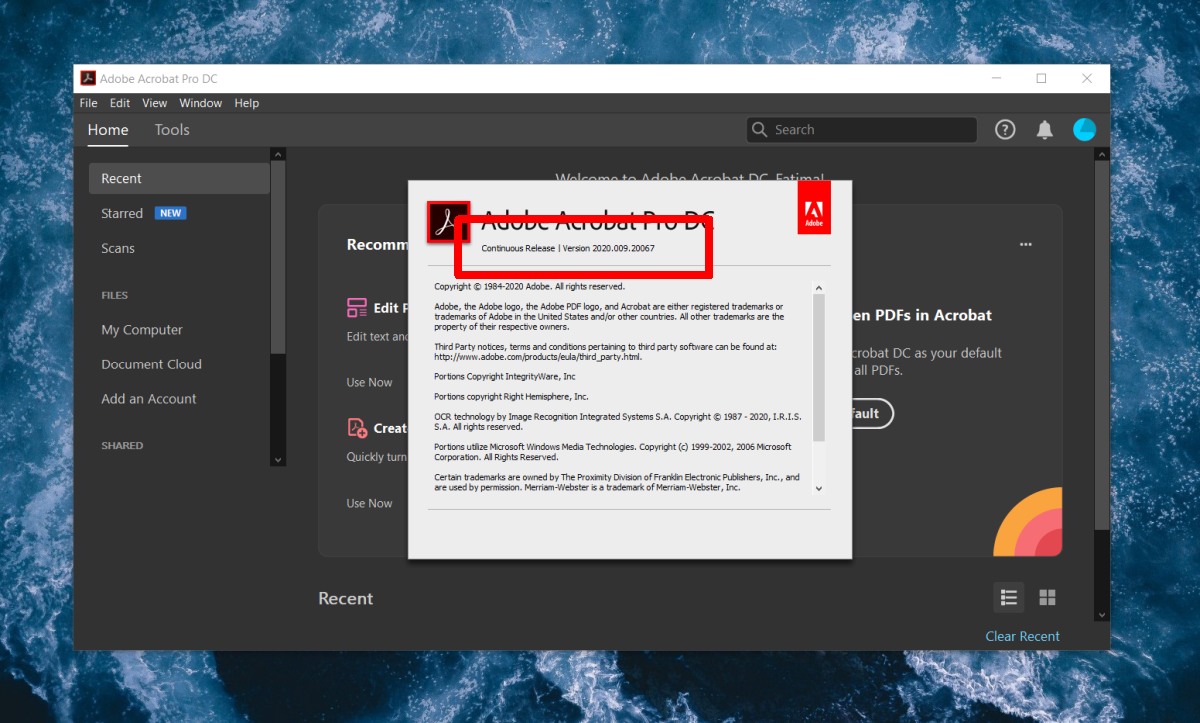 If you’re unable to open the Acrobat DC app, follow these steps; 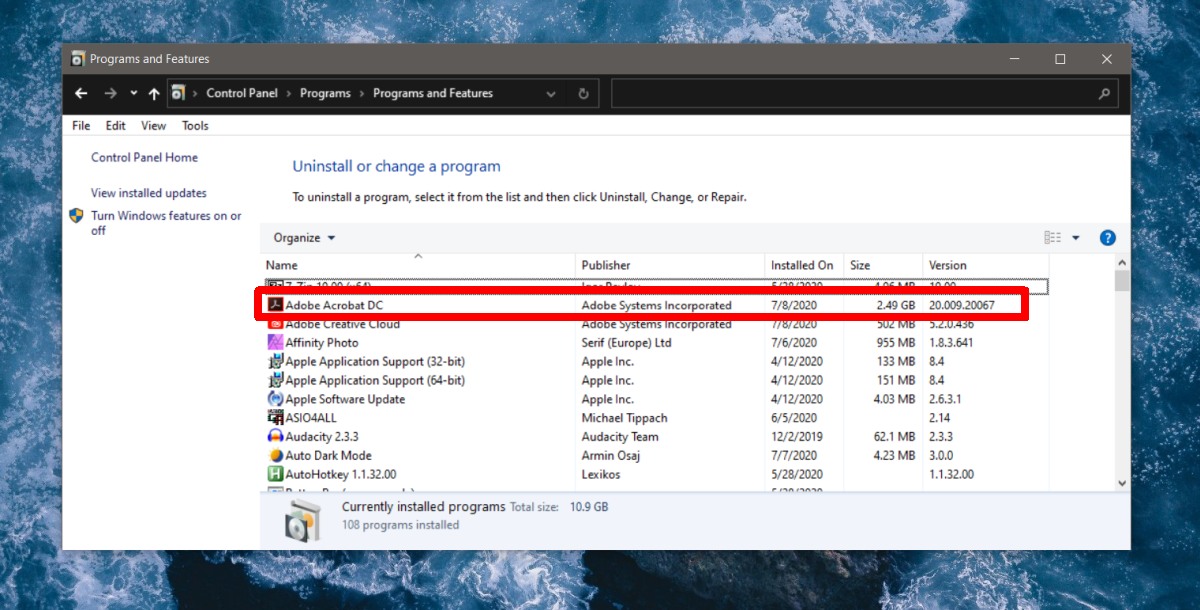 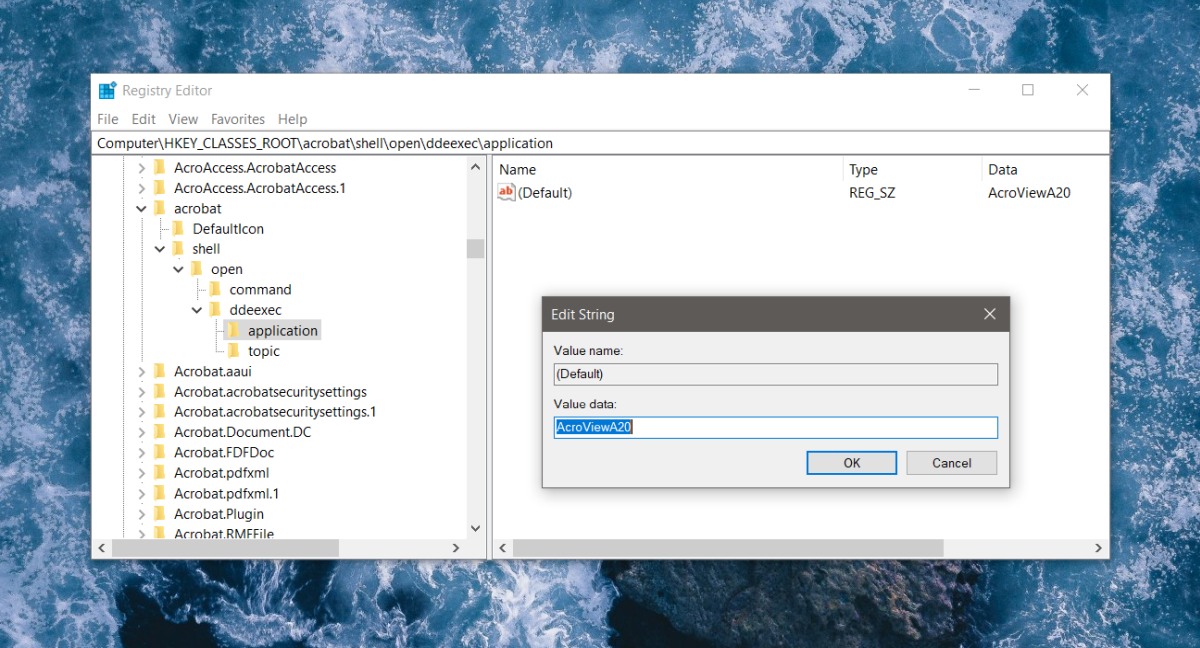 The ‘failed to connect to a DDE server’ error is a bit confusing because the message leads users to think there’s a problem with an online service that Acrobat DC is trying to access.

It is actually a problem with the app itself but not one that users can troubleshoot directly by changing a setting or two.

Instead the app will either have to be installed fresh, repaired, or manually fixed from the registry.