In the window that opens, click ‘Allow an app or feature through the Windows firewall’ option in the column on the left. 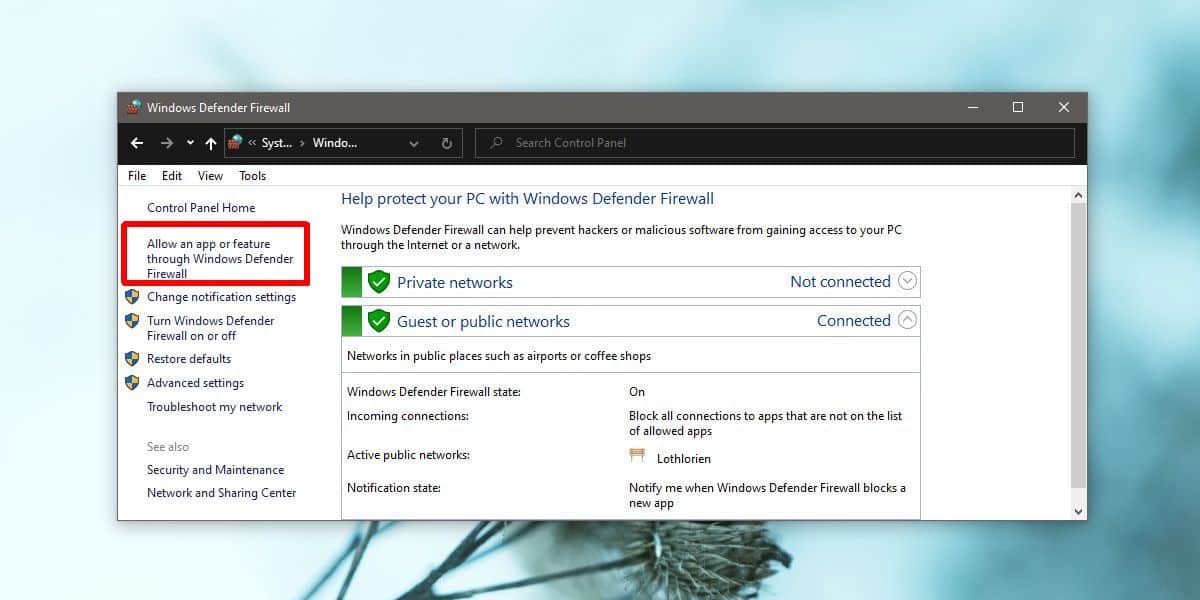 Go through the list and select the checkbox under ‘Private’ or ‘Public’ to allow the app to communicate over public and private networks. You can also disable/uncheck the box to stop the app from communicating over the network. 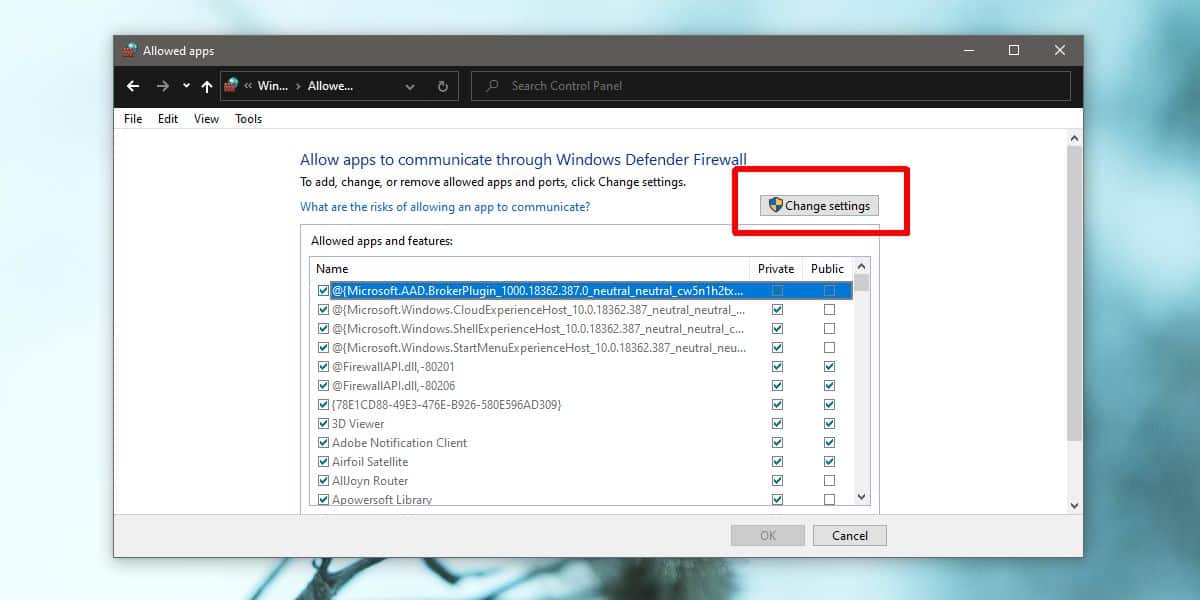 If you don’t see an app on the list, you can scroll to the very end and click the ‘Allow another app’ button and select the one you want to give network access to.

A word of caution

Unless you have a very good reason, you shouldn’t allow an app to communicate with other computers over the network. The apps that need to do this in order to function will ask for permission when they run or when you install them. Even then, the app should be from a trusted developer and it should also be downloaded from a trustworthy source. Basically, if you’re downloading VLC player, you should do it from the official website and not from a software repository or a link to someone’s cloud drive.

On that note, it’s a good idea to go through this list from time to time and view which apps are allowed to communicate over the network. If you see apps that you don’t use often, or that you don’t remember installing, consider revoking their network access (and maybe uninstalling them too).

Need to block internet access for an app? You can add a rule in Windows firewall.