How to back up and restore Minecraft worlds on Windows 10

Minecraft supports all sorts of customization options. Generally speaking, a customized world in Minecraft may cause the app to run slowly and your system to drag, but rarely does it break anything. That said, if you’ve been playing in a particular world for a long time, you may want to back it up, just in case. A back up can be taken of all the worlds that you’ve created, or of just one particular world. Here’s how you can back up and restore Minecraft worlds on Windows 10. 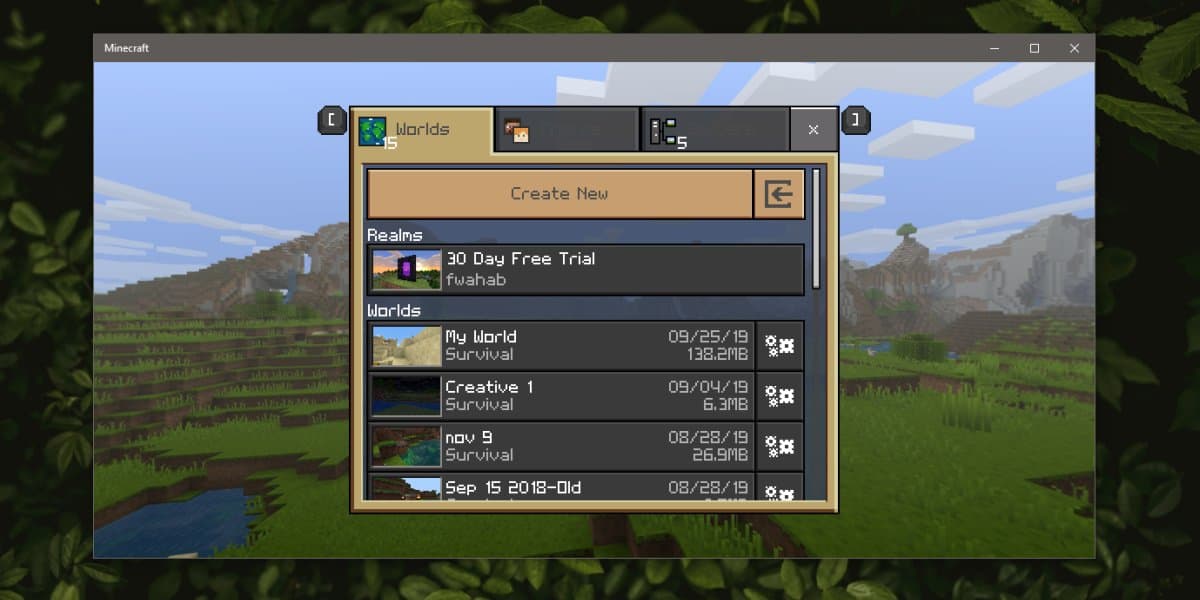 This method applies to the Minecraft UWP app. It is possible to back up and restore worlds in the Java version, and it’s just as easy but this post deals with the Windows 10 UWP app version.

Back up Minecraft World

Open File Explorer and click inside the location bar. Enter the following path, and tap the Enter key.

Here, you will see folders. Each folder represents one world. To back up all the worlds you’ve created in Minecraft, copy all these folders somewhere they won’t be deleted by accident. 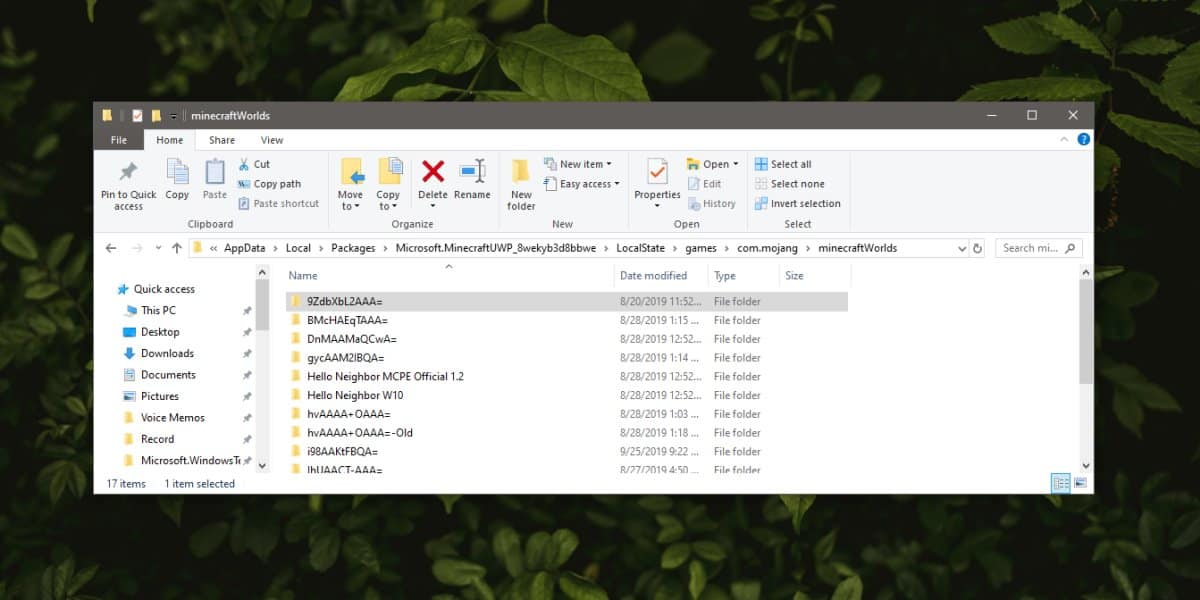 To back up a single world, you need to first identify it. Open a folder, and inside, look for a text file called ‘levelname’. Open it, and inside you will see the name for the world. The name will match what you entered in Minecraft when you created the world. 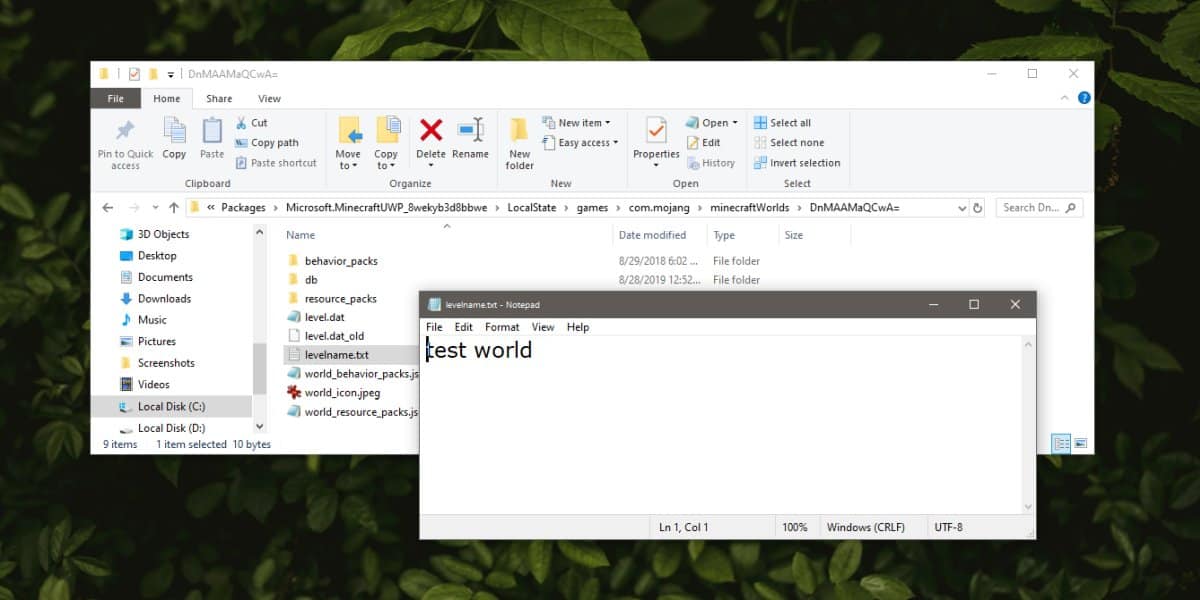 Once you’ve identified it, you need only copy the folder elsewhere.

Restoring a Minecraft world is as easy as backing it up. Make sure you have the app installed on your system but do not have it open when you’re trying to restore a world. The worlds can be restored in bulk i.e., multiple worlds at once, or one at a time.

Open File Explorer, and enter the following in the location bar. Tap Enter.

Copy the backup of the world (or worlds) that you took before ,to this folder. Be warned that if you already have a newer version of the same world saved in this folder, it will be overwritten and there will be no way to get it back. You can use this same method to copy a world from one Windows 10 PC to another.

Minecraft is still under active development. New mobs, biomes, and building blocks are added all the time. As such, if you happen to copy or restore a world that has blocks from a newer version of Minecraft, but the app you’re running is an older version, you may end up with missing blocks.

For example, let’s say you built your survival home out of dark oak wood planks, and Minecraft later discontinues/removes it or you have an older version of the app from before the block was added. In such a case, the planks will either be empty (leaving you homeless), or they might be replaced by some default block. Minecraft normally doesn’t discontinue a block type so you really only have to worry about running the correct version of Minecraft.