How to center an app window on Windows 10

Windows 10 generally tends to remember app positions but it doesn’t do as well with a multi-monitor set up. Often, when you’ve disconnected a second display, windows for certain apps continue to open off-screen. There are ways to fix it, however, if you have an app that simply won’t open on the current screen, or it tends to open across multiple screens, you can use Window Centering Helper to quickly move it to the center of the current display. 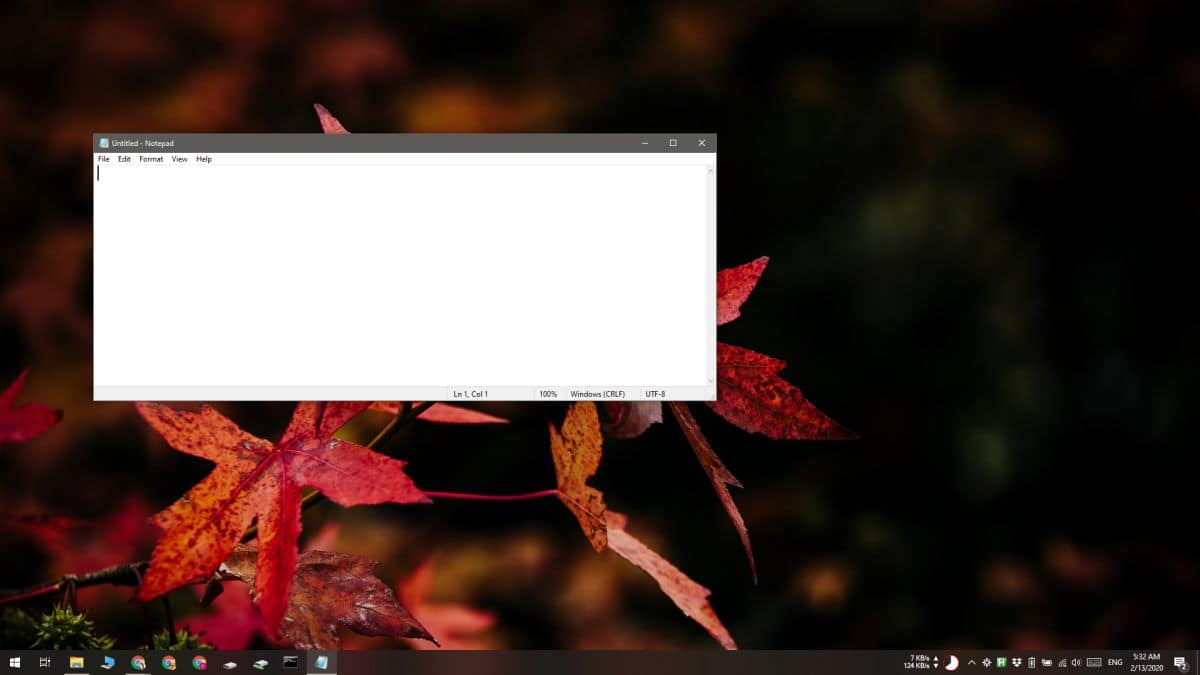 Download Window Centering Helper. The app has an installable version and a portable version. Pick whichever you want to use and run the app.

To center an app window, you have to tap the Shift key three times, consecutively. The shortcut should not clash with any app on Windows 10. This app is especially useful if you have apps that consistently open off-screen because it has an option to automatically center new apps/windows that you open. If this particular feature isn’t useful for you, you can disable it or, if that’s the only feature that you need and you can do without the shortcut that centers a window, you can disable the shortcut. 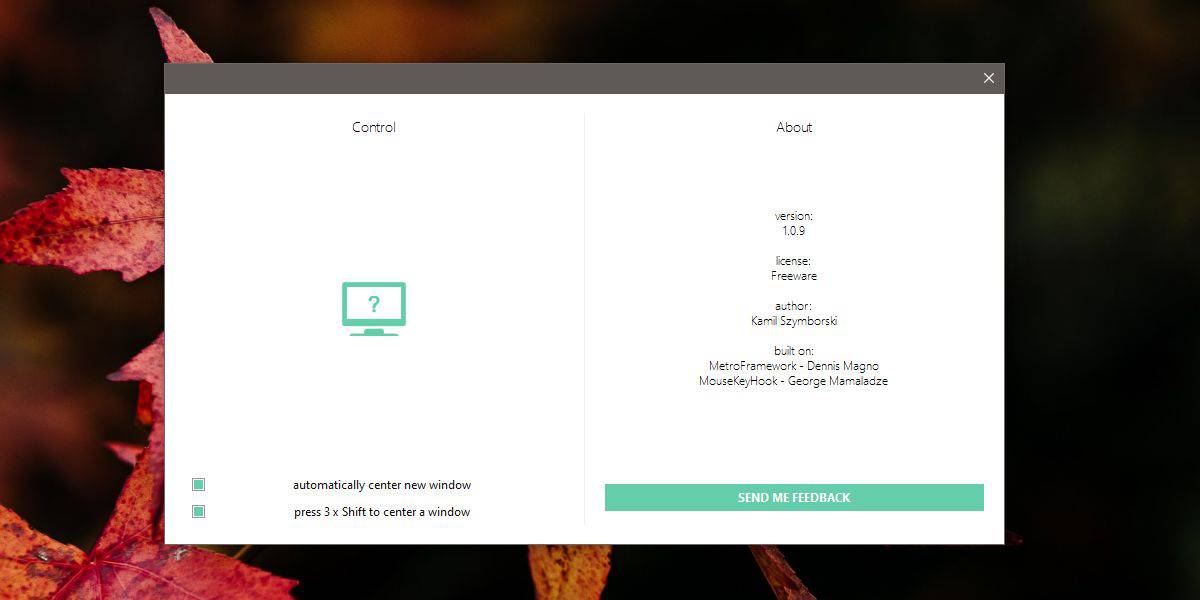 Window Centering Helper can also be useful if you often have to take screenshots. If the screenshot includes an app window, centering it can make for a better screenshot, allowing you to crop it equally from both sides. Additionally, you can also use it to automate the cropping and resizing of a batch of shortcuts.

The app does have a rather unfortunate limitation; UWP apps. It was unable to center Skype, the Microsoft Store app, and Netflix. UWP apps, like desktop apps, are also prone to opening off-screen or across multiple screens in a multi-monitor set up.

The app’s shortcut won’t clash with other shortcuts since it’s an unconventional one however, if you tap the Shift key five times, you might enable Sticky keys. If you find the shortcut is clashing with the Sticky Keys shortcut, you can disable it. To disable the Sticky Keys shortcut, open the Settings app and go to the Ease of Access group of settings. Select the Keyboard tab and under the ‘Use Sticky Key’ section, uncheck the ‘Allow the shortcut key to start Sticky keys’ option.

On the rare chance that this shortcut does clash with another app, there isn’t much you can do. Check if the app that clashes with Window Centering Helper has an option to change or customize keyboard shortcuts and change it if you can.

When it comes to recording your screen on Windows 10, the number one software that …