How to change the Steam screenshots folder on Windows 10

Games and gameplay are now broadcast live. There are platforms competing to be the preferred platform that gamers will use or people will tune into to watch. Not everyone who plays games streams them but plenty of gamers will take screenshots of their gameplay now and then. Some games have their own built-in screenshot utility while others will allow users to use desktop screenshot tools.

Steam games can all use the Steam-screenshot. They go inside a folder that is nested deep in the Steam folder. It’s not the easiest folder to find for a particular game and each game gets its own folder. Here’s how you can move the Steam screenshots folder to a more accessible place on your drive. 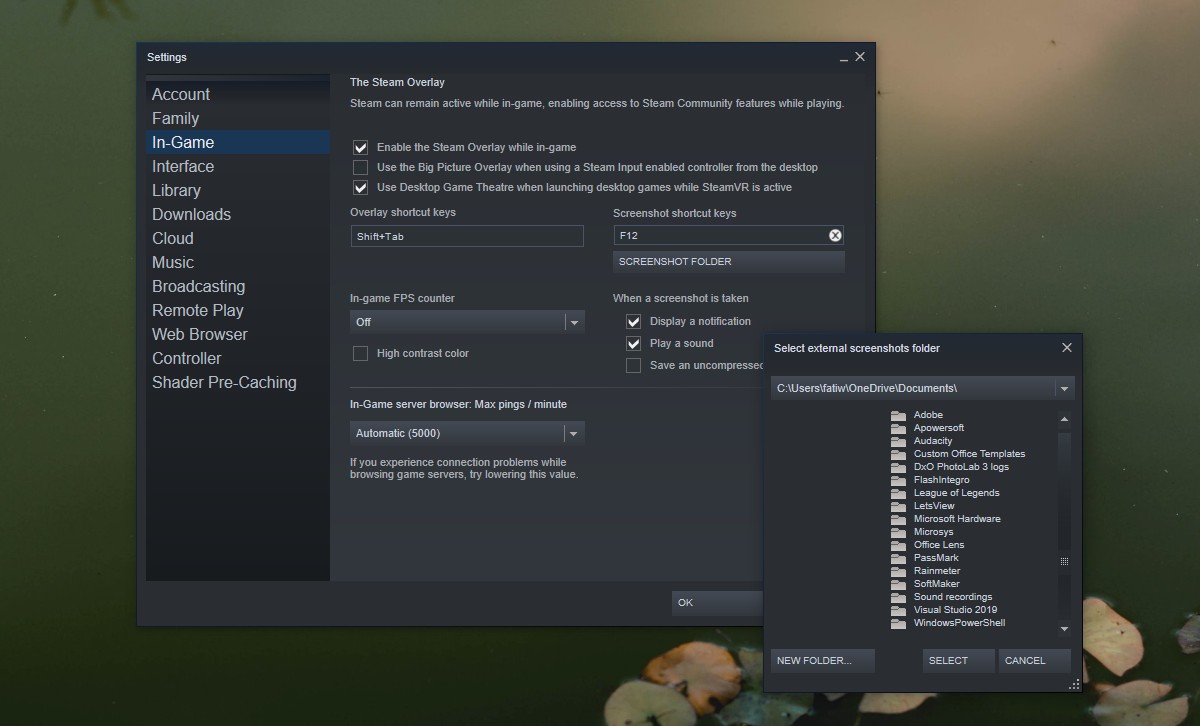 If you’ve changed the location of the Steam screenshots folder, and you’ve forgotten where you set the new location, it’s pretty easy to find it. 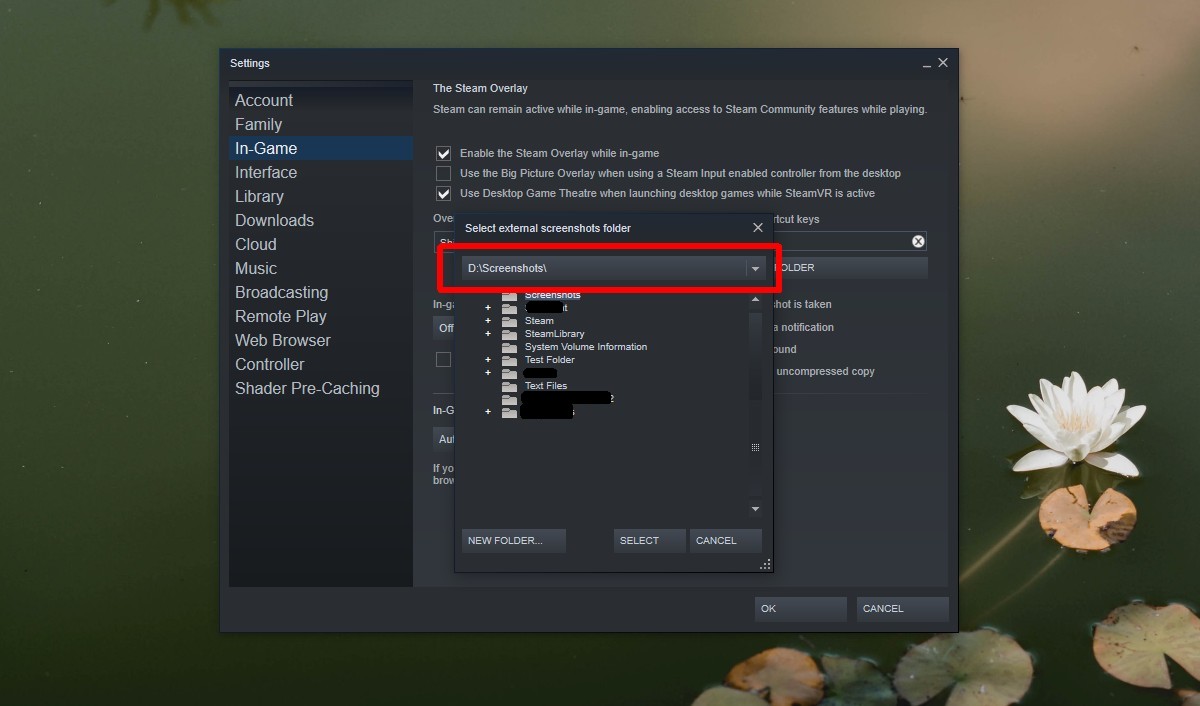 Moving the Steam screenshots folder will not change how the screenshot is taken but you can change that if the F12 key doesn’t suit you. The key can be changed from the same settings tab that the folder is changed from. Make sure you do not set the key to anything that will interfere with your game or with an OS feature.

You do not have to use Steam’s screenshot tool unless a game forces you to. Many Steam games will let you use your operating system’s stock screenshot or a third-party screenshot tool like Greenshot. In rare cases, a game may block it which is when you will be forced to use the Steam screenshot tool.

On Windows 10, if the PrntScrn and Win+PrntScrn shortcuts don’t work, you can try using the Game bar in your game. Tap Win+G to activate it and then use the capture tool. It might work where the other two do not.