How to find the LAN speed on Windows 10

Computers on the same network can talk to each other i.e., they can see each other on the network, and send/receive files. It might take a little effort to set up an easy to use transfer method but it is do-able. One advantage of transferring files between computers over the network is that it’s wireless and far easier than emailing them or using a portable storage device like a USB drive to share them. The disadvantage is that network transfers can be slow to the point where it’s not worth using. Here’s how you can find the LAN speed on Windows 10.

LAN speed refers to the speed with which information is sent and received over a local network. This has nothing to do with your internet service provider however, your router will play a role in the transfer speed that you get. The hardware on your own system will likewise have an impact on the transfer speed.

The LAN speed test we’re going to show you is for the transfer speed you can get on your PC. Download and install an app called LAN Speed Test. This is not a free app but it does have a free version that you can use to find the LAN speed. 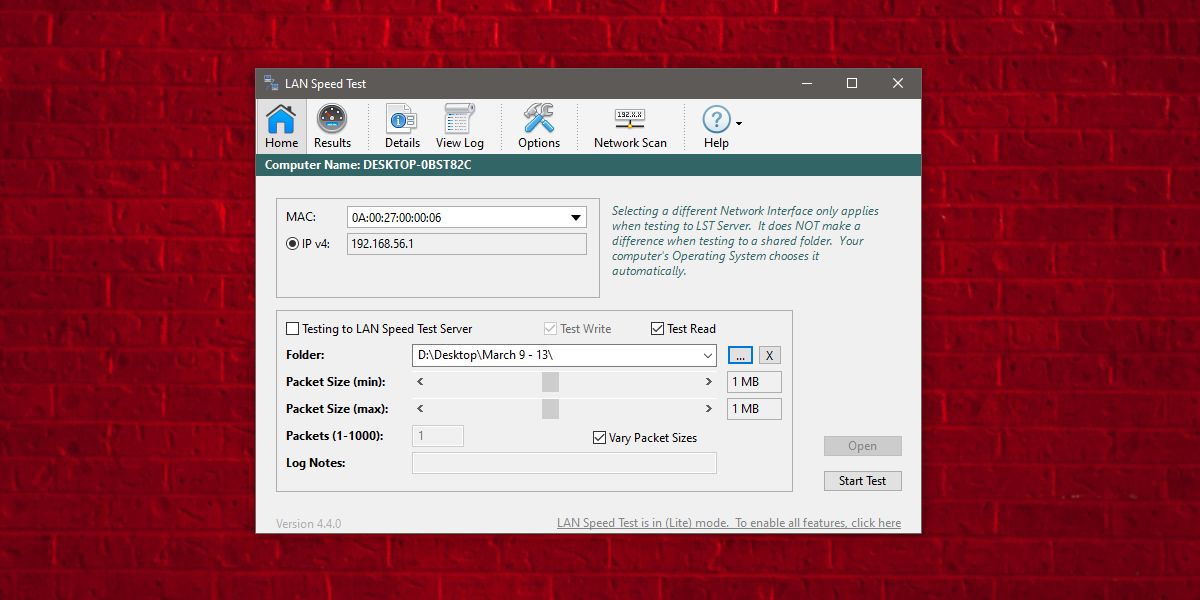 The test doesn’t take long to complete and it will show you the LAN read and write speed. You can change the units the speed is shown in from the dropdown. 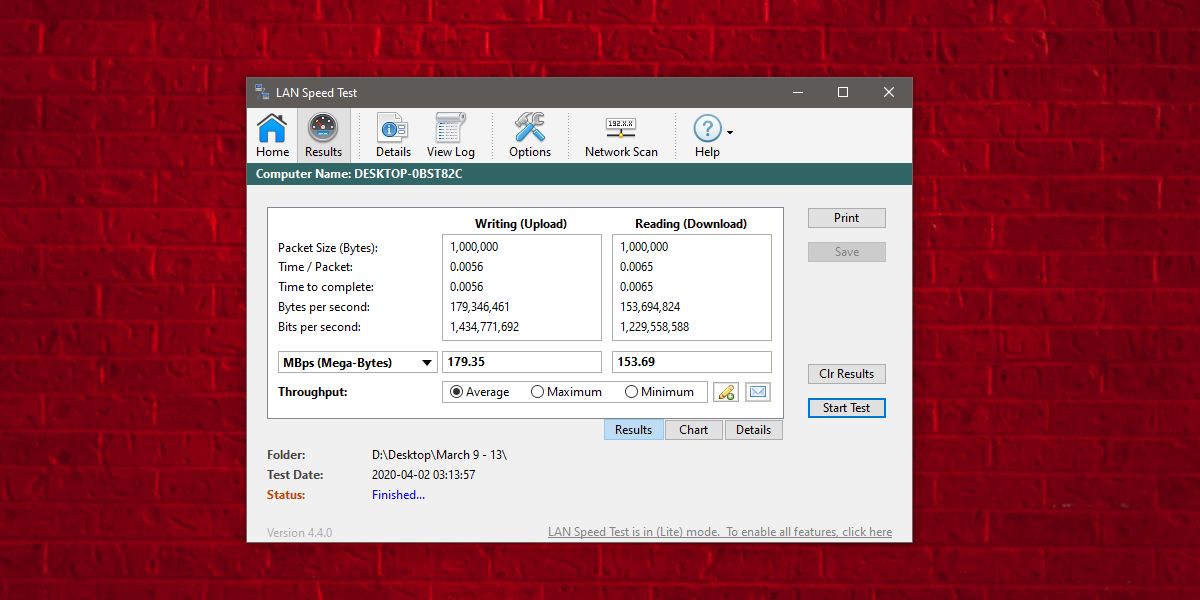 LAN transfers can be slow and there are several factors that cause it. For one, the hardware on the system that you’re transferring files from may not support faster transfer speeds. This includes everything from the hard drive or SSD speed (since data is being read or written from it) to the speed that your network card supports. Additionally, the router and any cables used to connect to the network (Ethernet cables) will also have an impact on the transfer speed. Likewise, all of this also matters for the system that you’re sending files to. If the other system is slow, it really doesn’t matter how fast your system can send data. The other system will receive them at its own pace.

Finally, network congestion will also slow transfer down. There really are a lot of factors that can limit the transfer speed over the network and it takes a lot of work to optimize it.