Windows 10 and its Start menu bugs are always unpredictable. If you happen to have a problem with the Start menu that a lot of other users do as well, you’d have to count yourself lucky. Obscure Start menu problems rarely have a fix other than creating a new user profile or installing Windows 10 fresh. If you have an app tile pinned to the Start menu, but it’s invisible, there’s a simple fix for it.

In the screenshot below, the outlined area indicates an app tile that’s pinned but invisible. The only way I know there’s a tile pinned there is because I remember it. Other than that, there’s nothing, not even a tooltip to indicate that there’s a tile there. It appears as though the tile has been unpinned. 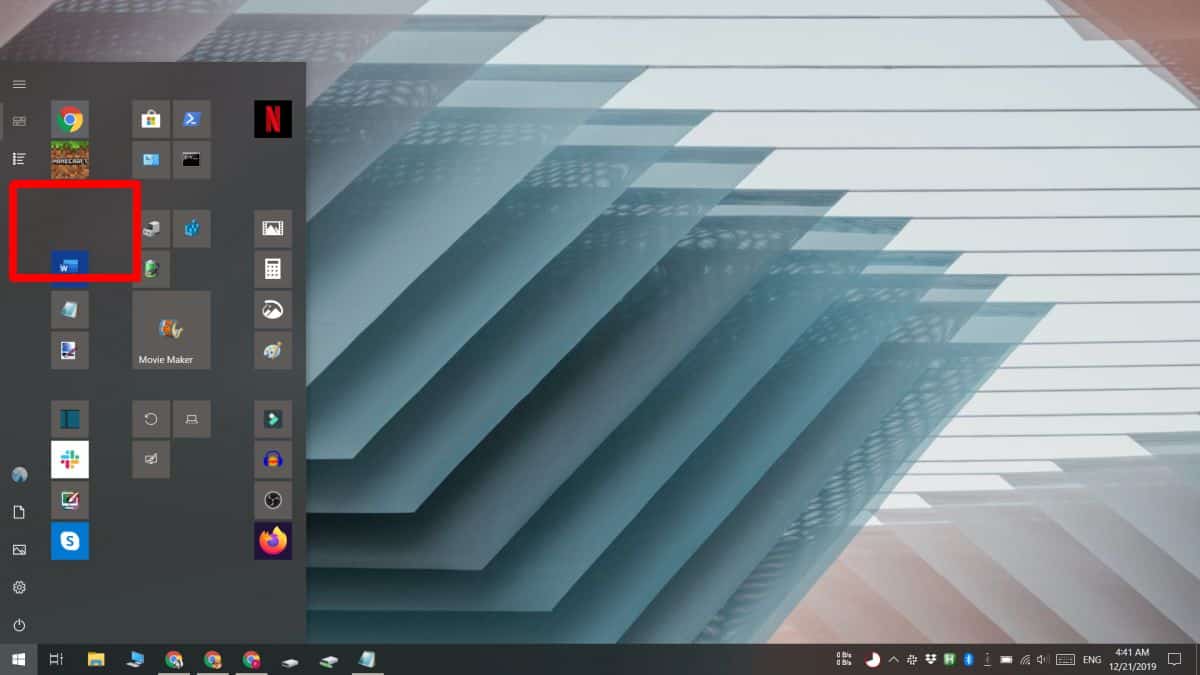 If you try to pin such an app to the Start menu to fix the problem, the context menu will show you an option to unpin it which indicates that the app is in fact already pinned. The fix is simple; unpin the tile, and then pin it again. 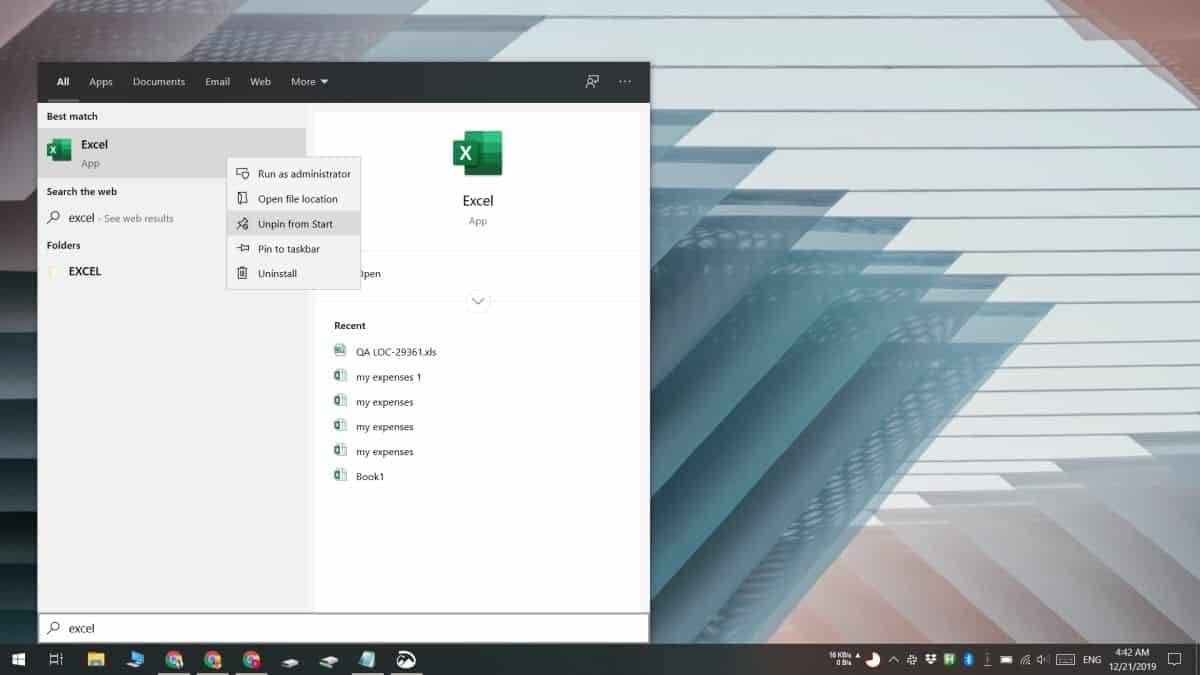 Once you unpin and pin the tile again, it will appear on the Start menu. It won’t be restored to its original position. You’re going to have to resize and reposition it again.

This little bug appeared out of nowhere when I used the tile to open Excel. It may have something to do with Excel but it’s far more likely a problem with the Start menu. This is a fix for one tile but if it keeps happening with multiple tiles on the Start menu, and you end up unpinning and pinning them back again, the problem goes deeper. You can try running the Start menu troubleshooter but there’s no guarantee that will work.

If your luck is particularly bad and you also a broken Windows search, you can access the app from the app’s list, right-click it, and select the Unpin from start option.

If this bug occurs for the same app, it’s likely the Start menu is not to blame. You can try resetting the app from the Settings app on Windows 10, or if it’s a desktop app that has a repair option, you can use that. If resetting it doesn’t work, you might have to uninstall and then reinstall the app. If after all this, you continue to experience this problem, it’s possible the app itself is buggy and needs a fix which is something the developer will have to do.