OneNote has a UWP app version. It looks nice and ties in with the UI that the other Office 365 (or Microsoft 365) apps have. There are certain features that have changed between the UWP and the desktop version. Some of them are now cloud-based and they tend to be a bit slow to start working. Case in point, the OneNote 2016 version allowed users to copy text from a picture but it appears to be missing in the UWP version. The feature is still there but it’s cloud-based.

Here’s how you can use it. 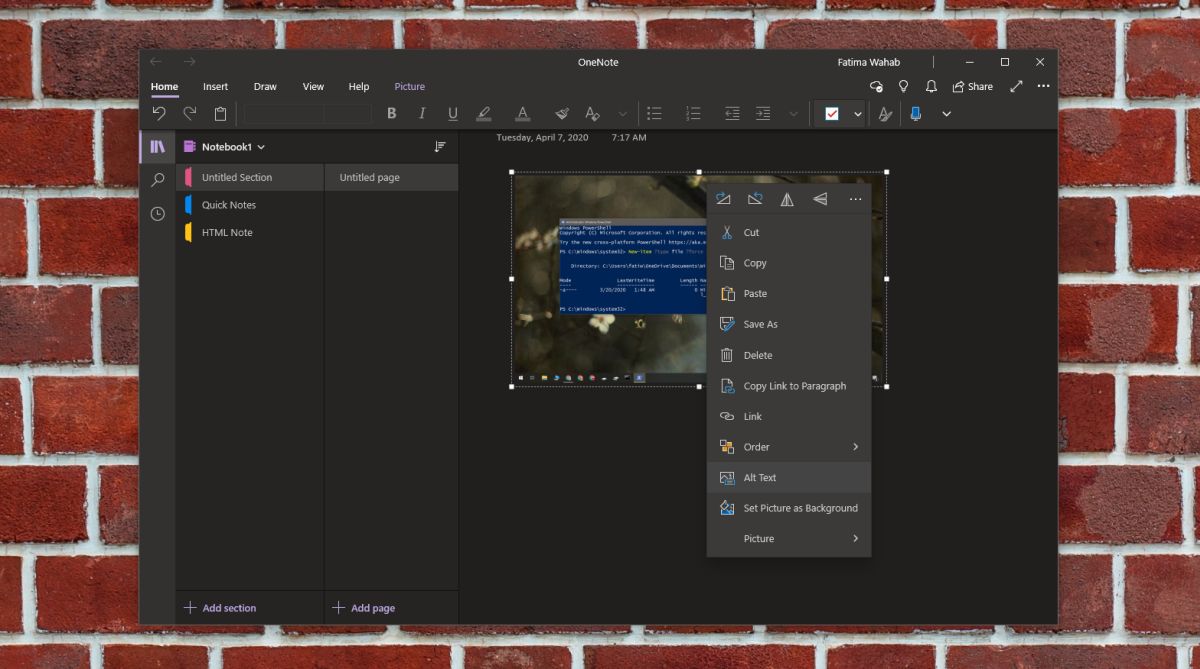 Open OneNote and insert a picture that has text you want to copy from it. When you right-click the image, the ‘Copy text from picture option will not be there. Since this feature is cloud-based, it means the app isn’t processing the image and reading it for any text. It is waiting for the underlying cloud service to analyze it and the service is slow.

What you need to do is force it to sync. The note syncs immediately but the OCR tool doesn’t kick in. Give it ten minutes and then right-click the image and see if the option to copy text has appeared.

If it hasn’t, edit the page. Add text or another image, or rearrange the content you’ve already added to the page so that it is forced to sync again. Close OneNote and open it again. Repeat this a few times. The feature takes its time. During tests, it took at least ten minutes for OneNote to read text from an image. 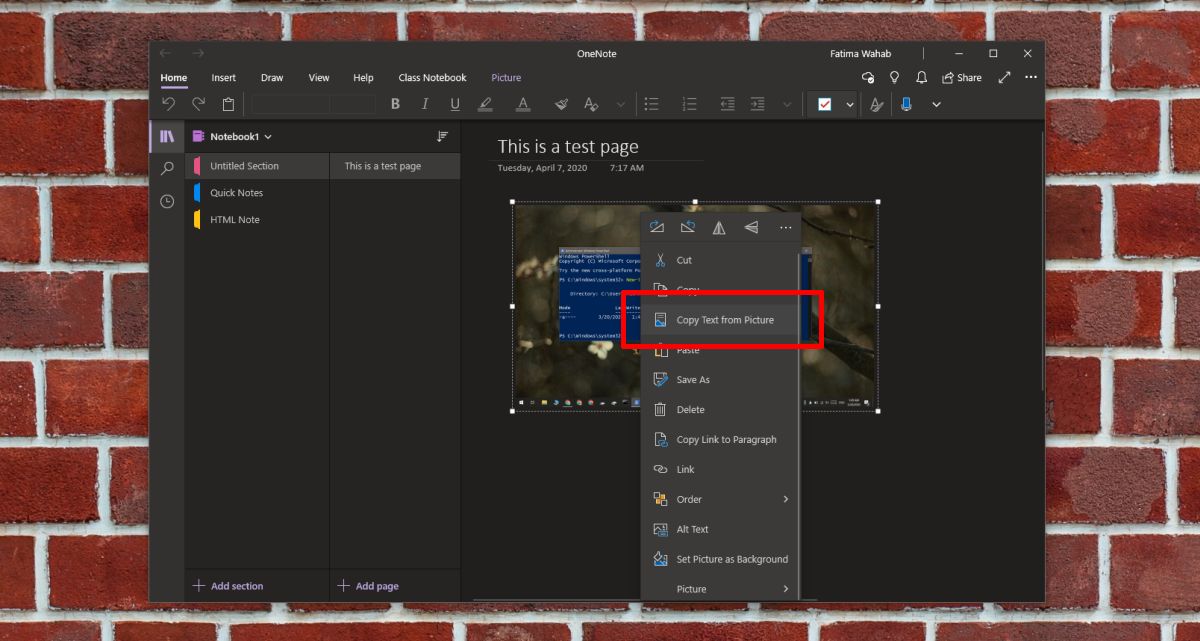 In subsequent tests, the time extended to over 20 minutes.

You can try forcing the feature in other ways such as making larger edits to the page, or changing the image e.g., flipping it or setting its order to the front or back.

Since the feature is so slow and there isn’t much that can coax it to work other than being patient, you should probably insert all the images that you want to extract text from at once, and leave the app running. It shouldn’t take more than an hour for OneNote to be able to read text from them all. It will cut down the time if the app does it in batches instead of doing one image at once.

Moving the feature to the cloud allows the scan to be more accurate since the processing takes place there as well but it is far too slow to be as useful as the feature was in Office 2016.