How to fix the Downloads folder layout on Windows 10 1903

Windows 10 users  who have updated to 1903 have an odd sort of problem; their Downloads folder looks a little different. The files are now grouped by relative time e.g., files that were downloaded a week ago, a month ago, or earlier in the year. It applies to all files regardless if they were downloaded before or after the update. This isn’t exactly a bug and it’s really easy to fix the Downloads folder layout if you know what to change. 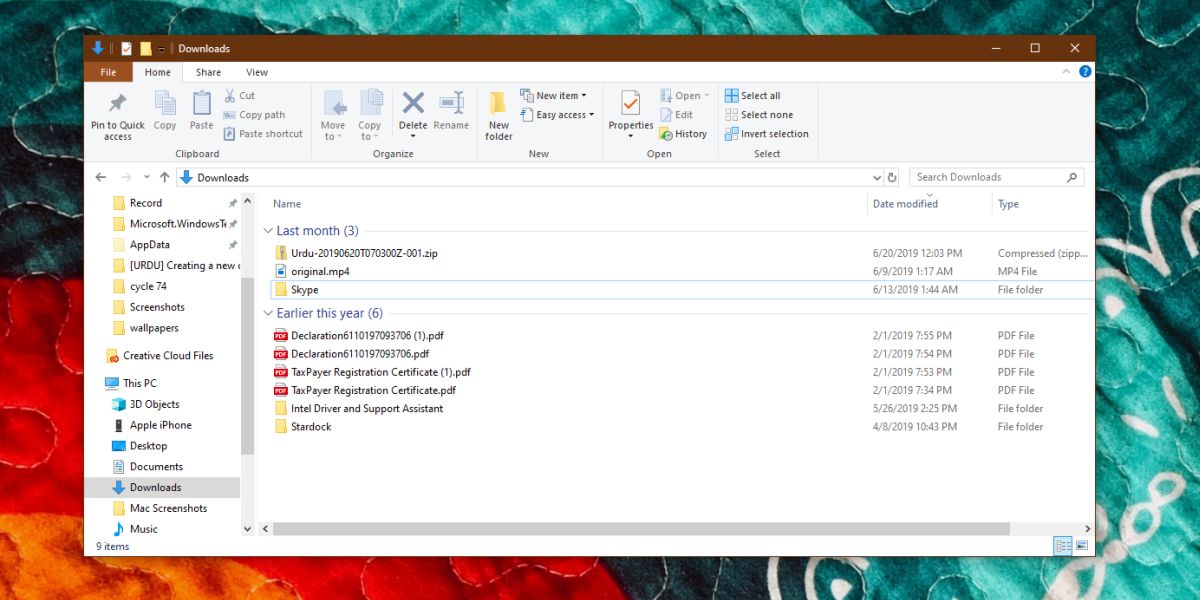 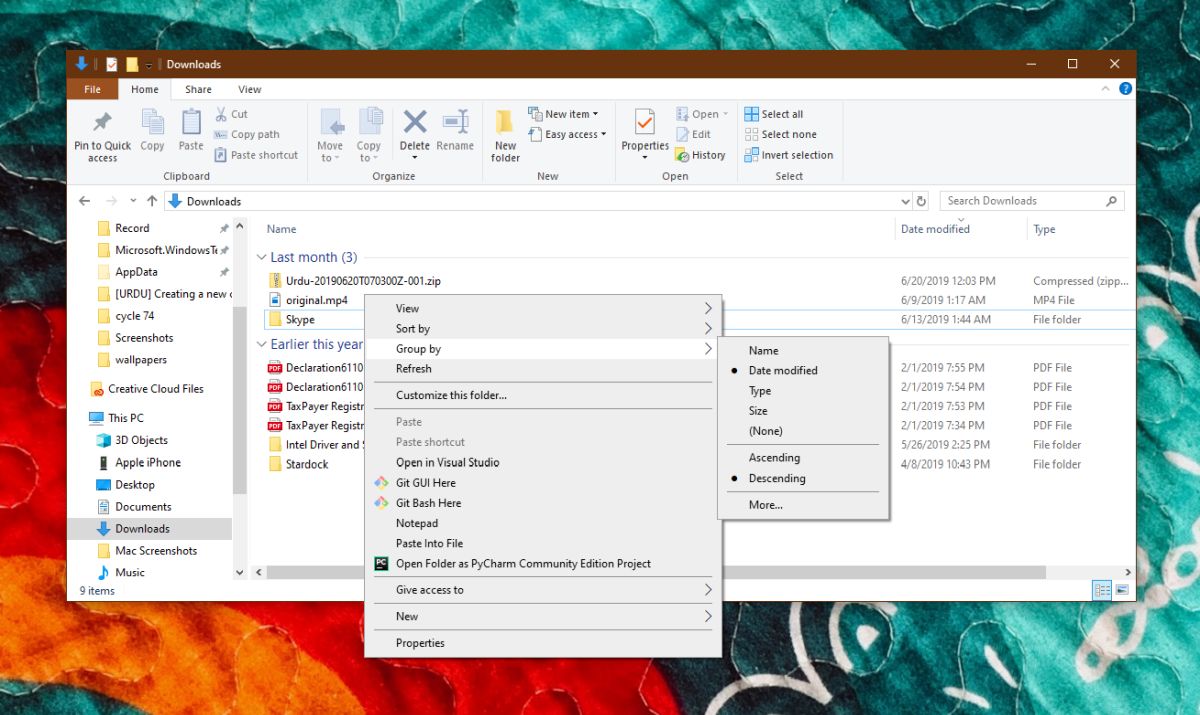 The folder layout will go back to looking like it did before you updated to 1903. 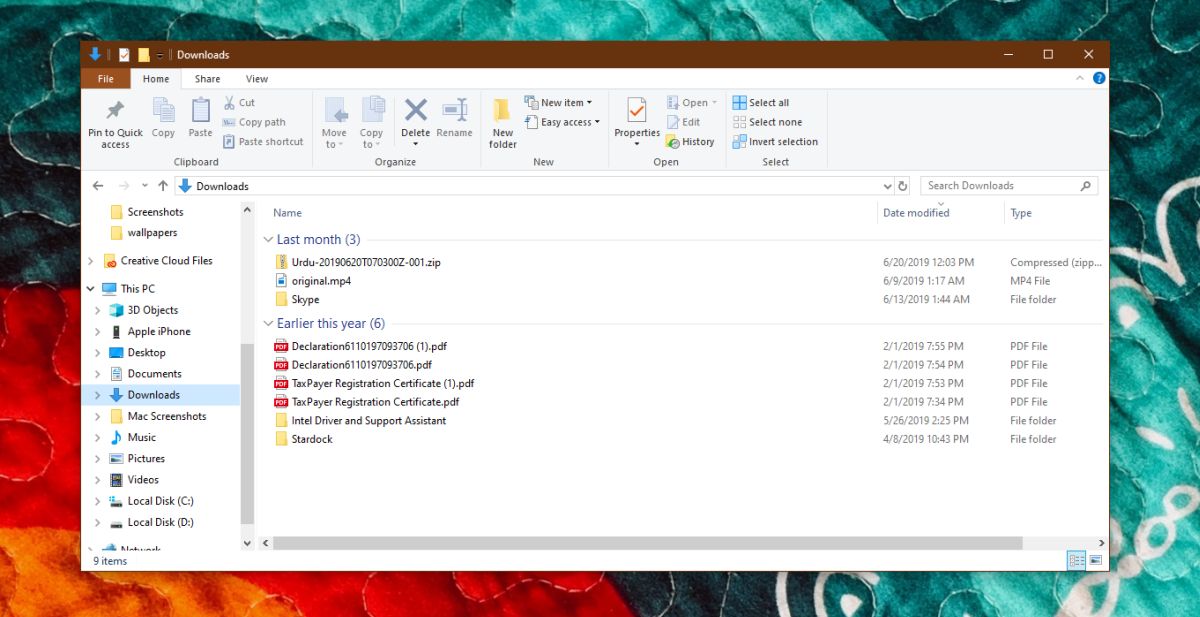 This ‘Group by’ option isn’t new in Windows 10 1903. It has been a part of Windows for ages. The only bug here is that Windows 10 decided to enable it for the Downloads folder on its own. Before that, the files in the folder had no sorting and it is possible some users never even knew it existed. You may have seen the ‘Group by’ option but not paid attention to it or used it. It can group by more than just time and you might find the other options in the sub-menu to be useful.

These same options are available for all folders so it begs the question ‘Why the Downloads folder?”

The Downloads folder tends to build up with files. All apps that are capable of downloading files download them to it by default. With so many files being saved to the folder, and users not always changing the name of the file before it’s saved, this grouping method is actually a good way to sort them. You may not remember what a file you downloaded was called but you might have some idea as to when you downloaded it. If it was a week ago, or last month, the files will be grouped accordingly and you have a smaller sub-set of the files to look through.

If you later realize that this sort of grouping was good for the Downloads folder, or you prefer to use it for different folders, the option is right there. Right-click in a folder and select Group By> Date Modified.

While this is all easy to fix, it’s possible it isn’t a bug at all. Microsoft might have just intended for this behavior to change after the update in which case, it needs to not make annoying changes like this.