How to get high CPU and RAM alerts on Windows 10

Keeping an eye on your system’s vitals is essential. You don’t have to worry about the CPU or the RAM usage if you’re running light apps like word processors or a web browser but for heavier apps like animation tools, games, video editors, or large database programs, you need to know just how much CPU and RAM are being consumed. We’ve covered quite a few tools for keeping an eye on these two components. XMeters is one excellent app that lets you monitor both CPU and RAM usage from the taskbar. It’s passive though so if you need to get alerts for when the CPU or RAM usage exceeds a certain threshold, you’re going to need a different app. Give CPU Monitor and Alert a try. The name only mentions the CPU but the app can also monitor RAM usage and send alerts for it.

This app is also available for Linux.

By default, if the app detects the threshold has been exceeded when it checks ten times consecutively, it will give you an audio alert. You can increase or decrease this threshold by changing the value under ‘# of consecutive usage exceed threshold to trigger alert sending’ field. CPU Monitor and Alert checks the usage every 5 seconds but you can change that from ‘Time interval for monitoring’.

Lastly, you must enable the ‘Play warning sound every time the usage exceed the threshold limit’ option, save the change and allow the app to run in the background (minimize to system tray). 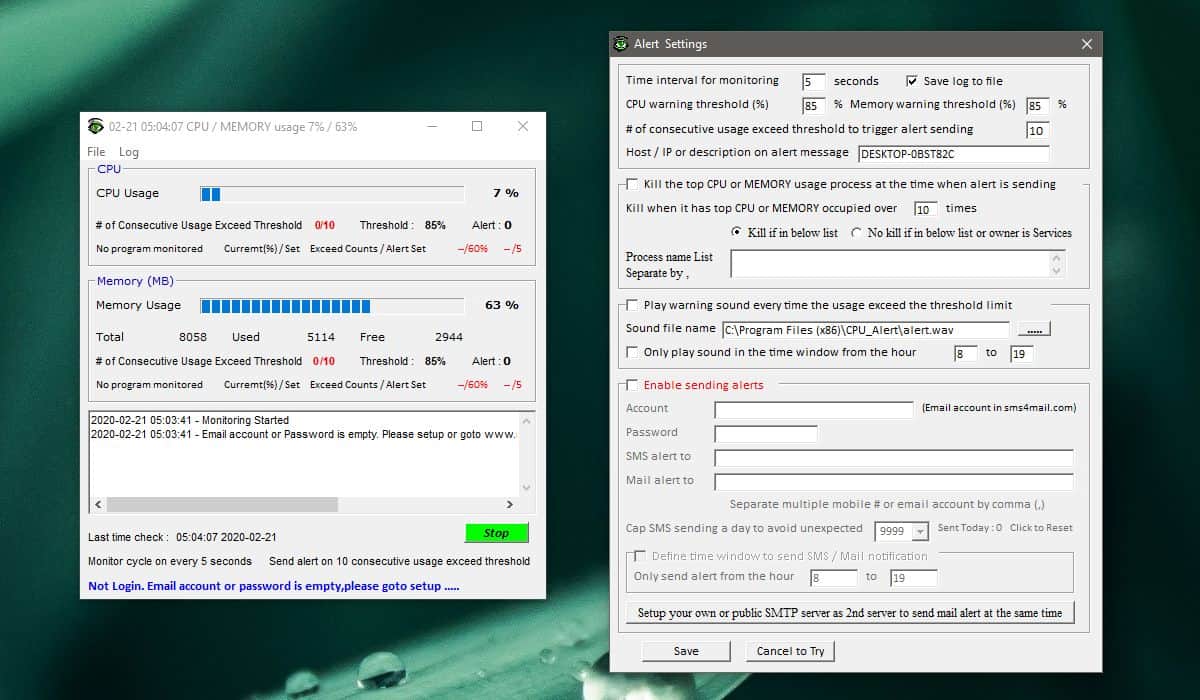 When either the CPU usage or the RAM usage exceeds the set threshold, you will hear a siren sound, and if you open the app, it will show you which component has exceeded its threshold. 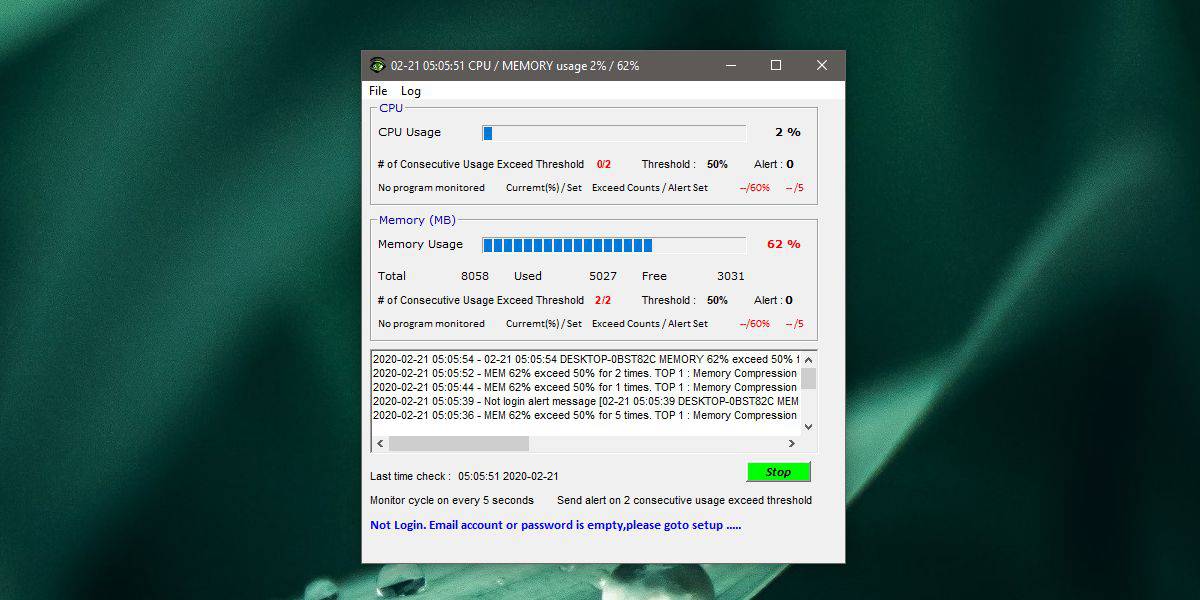 CPU Monitor and Alert constantly monitors CPU and RAM usage but you can stop it from the app’s interface, or from the context menu that appears when you right-click its system tray icon. The app does not show you a desktop notification and relies solely on audio alerts. You can choose any other sound if you don’t like the default Siren sound.