Working with multiple monitors is often complicated and you likely end up installing several apps in an attempt to make it easier to manage windows between them. Windows 10 makes it fairly easy to work with multiple monitors but when it comes to something as basic as managing brightness, you’ll find that it often fails to work with external monitors. There are quite a few utilities that let you control the brightness of an external monitor but Twinkle Tray is exceptional. It’s not just for an external monitor; it’s for all monitors. Think of the volume mixer on Windows 10, but for monitors. Here’s how it works.

Install Twinkle Tray from the Microsoft Store. The app runs in the system tray. Click the app icon and you will see brightness sliders for each monitor that’s connected to your system. You can change the brightness for all of them and, if you click the link button, you can make sure the brightness levels are synced between all your monitors. The crescent button will let you turn off all your displays. 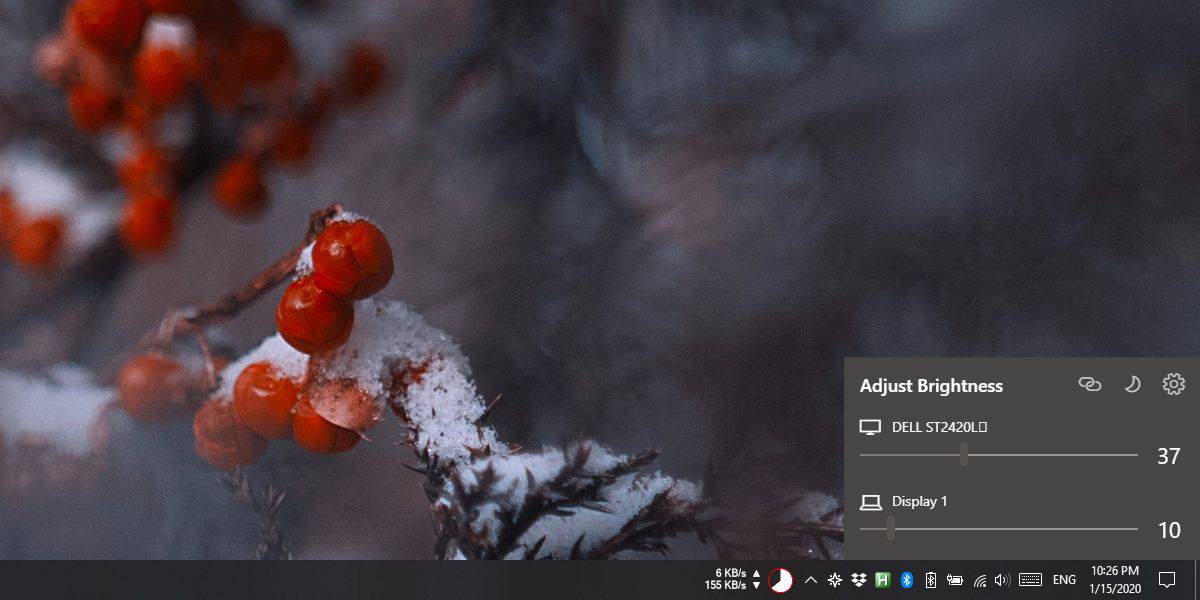 If you go into the app’s settings, you will able to set a minimum and maximum brightness level for each monitor. 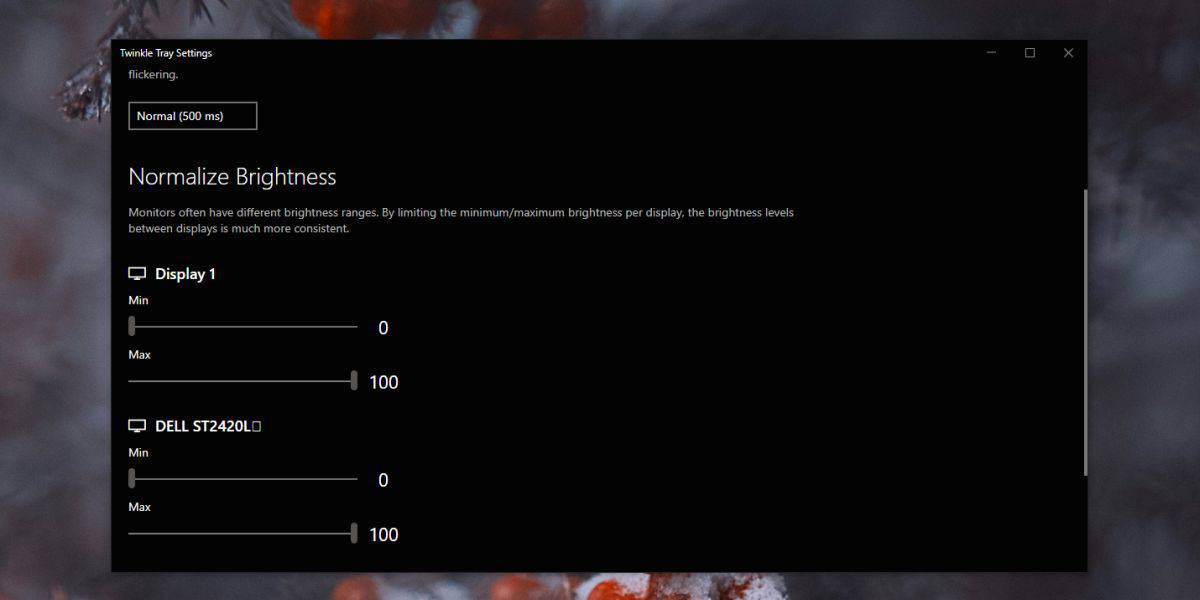 Twinkle Tray supports both the dark and light theme and you can set it to follow the same theme as the system one, or set a different theme for it.  If you like the app, it’s a good idea to allow it to run at startup. There’s a switch in the app’s settings that allow you to run it at startup.

Windows 10 is great with multiple monitors but it could be better. This is a fairly basic feature that it should support especially considering that Windows is a popular gaming platform and gamers generally tend to use more than one monitor.