How to manually install latest NVIDIA drivers on Windows 10

Windows generally handles drivers well. It will detect any new hardware that you install, and fetch drivers for it. You won’t have to install the drivers yourself. You won’t even have to download them. Windows takes care of everything and it periodically keeps them updated so that it’s rare for you to have an outdated driver.

There are exceptions though and you’ll find these exceptions are most common with GPU drivers.

GPU drivers tend to be blocked by three major factors;

Windows 10 has been known to block certain drivers based on the hardware of a system. In fact, it’s even blocked Windows Updates to some systems because the hardware didn’t meet certain requirements. This blockade may or may not be valid but it does happen. Windows 10 thinks the latest drivers aren’t going to play nice with your system and its configurations so it blocks it. It can also go the other way around where graphics drivers block Windows updates.

PC/Laptop manufacturers don’t often block GPU drivers but when they do, it’s because they feel the configuration of the system, i.e., the other components may not work right with the latest driver installed.

GPU manufacturers themselves may also block drivers from installing on a system. The manufacturer doesn’t have to allow the driver on your system simply because you’re using a chip made by it. It may choose to block a driver update if it detects you don’t have certain security updates installed.

Some reasons for blocking a driver update may be valid so you should try and eliminate them if you can e.g., install security patches that are available. If there are no blocks and the driver still won’t install, you can manually install NVIDIA drivers.

Installing the latest NVIDIA drivers on Windows 10 is fairly simple. The only thing you need is the full name and model of the GPU chip. This guide assumes that you’re unable to update/install NVIDIA drivers from the Device Manager. If you haven’t tried that yet, you should go down that route first. 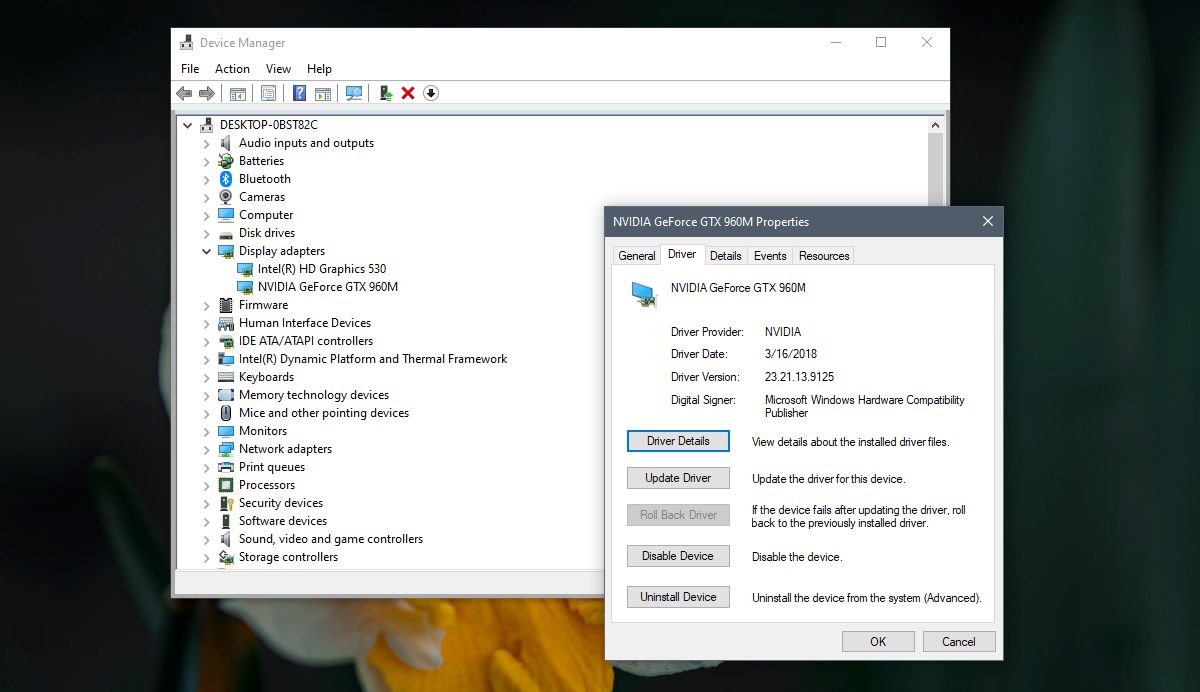 Assuming you were unable to install the driver from Device Manager, you’re going to have to go the manual route.

Installing drivers manually for any hardware component isn’t hard on Windows 10. Users just don’t prefer to do it because it means finding the right website to download the drivers from, and figuring out which is the right driver for your system, among other things. They’re also much easier to roll back.