How to merge multiple audio files into one on Windows 10

Editing audio or video files is never easy. The apps built for these editing tasks take time to learn and often you have to be mindful to pick apps that won’t downgrade the quality of your original file(s). If you need to split an audio file, you’ll find plenty of free, and simple apps are up to the job. If you’re looking to merge multiple audio files into one, the same apps may not be up to the job. Audacity can do both.

Open Audacity and drag and drop the audio files on to the app. Multiple files are added one on top of the other and visually, you can tell between the various tracks. The tracks can be played one-by-one, or both at the same time. 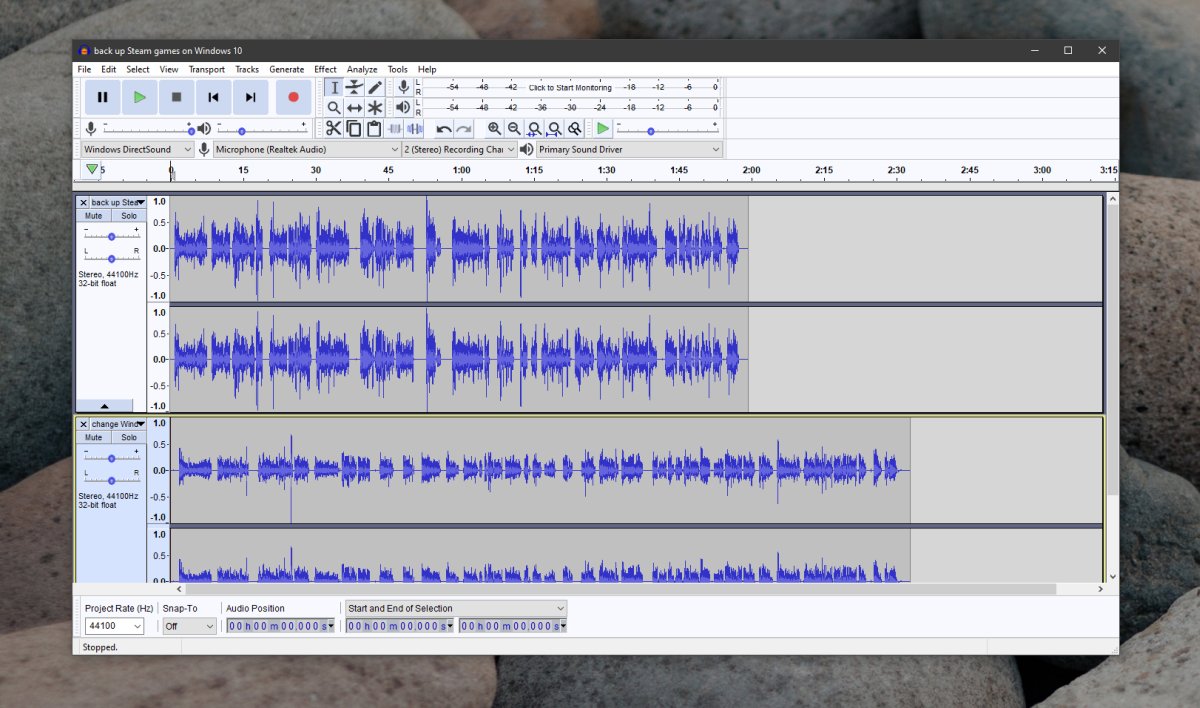 To merge the files, double-click one audio file to select it, use the Ctrl+C keyboard shortcut. Click at the end of the other audio file, or anyone in the middle, and tap the Ctrl+V keyboard shortcut to paste it. The files have been merged. You can now delete the second file and use the export option under File on the menu bar to export your merged file. 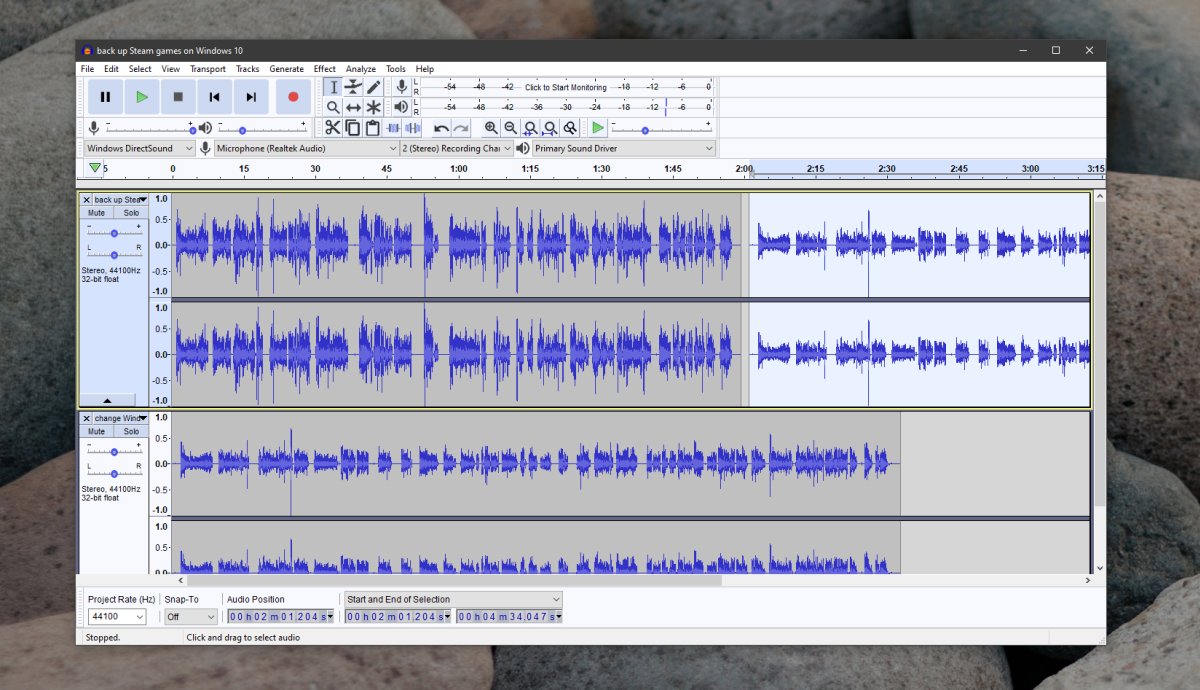 If you want to edit the file, you can do so before you export it or you can edit the merged file you export. In both cases, the result will be the same though, depending on how comfortable you are with Audacity, you might find that editing a single merged file is easier.

Merging doesn’t have to be linear i.e., you don’t have to add one file to the end or start of another. You can add a file in the middle of another. All you have to do is click where you want to add the file.

Merging multiple audio files comes with a few things you have to consider. The first thing you need to consider is the file format. Since we’re using Audacity, it supports AIFF, AU, FLAC, MP2, MP3, OGG, Vorbis and WAV. It supports M4A (AAC) and MOV on macOS and you can add M4A support on Windows 10 by installing ffmpeg libraries. Make sure the media files you’re merging are supported by the app.

Secondly, if the files were made in different recording environments, merging them will not make the sound uniform. You can manipulate the audio as one, or in portions. It’s up to you but you cannot expect the entire audio to sound the same unless it was recorded in the exact same environment or in a single setting.