There are apps that can minimize other apps to the system tray when they do not have the option built-in. We’re going to recommend using RBTray because it runs invisibly.

Download RBTray and run it. The app has no interface, not even an icon in the system tray. Switch to the Command Prompt window that you want to minimize, and right-click the minimize button. 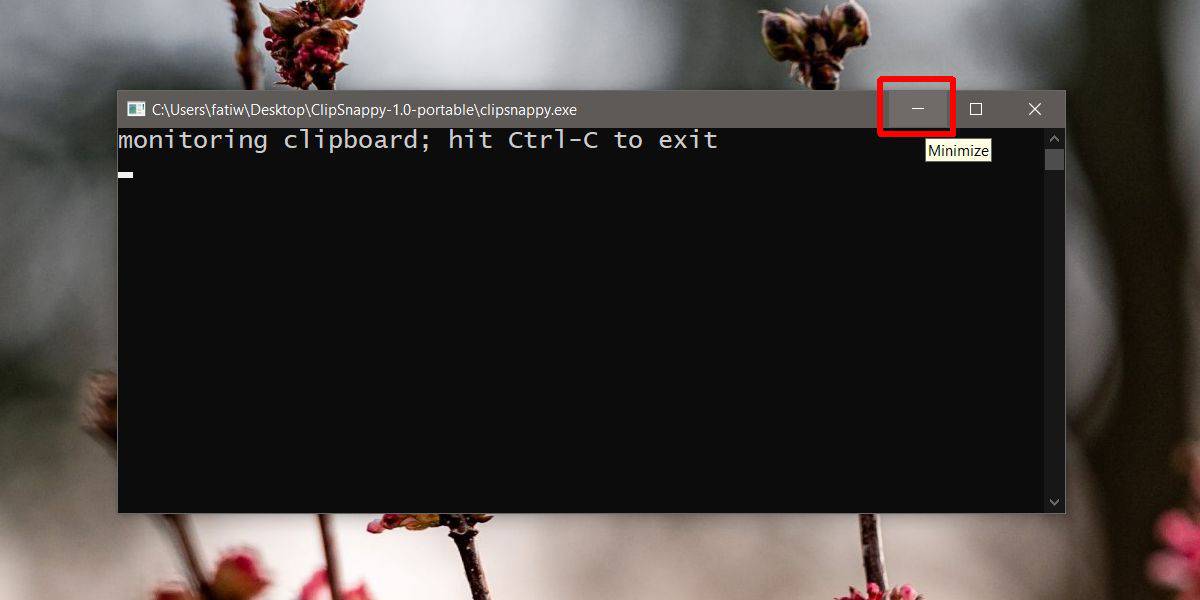 This will send the window to the system tray. You will see an EXE icon in the system tray to indicate that it is running. Your script or app will continue to run.

To restore the window, double-click the icon in the system tray. You can also right-click it and select the ‘Restore Window’ option from the context menu. 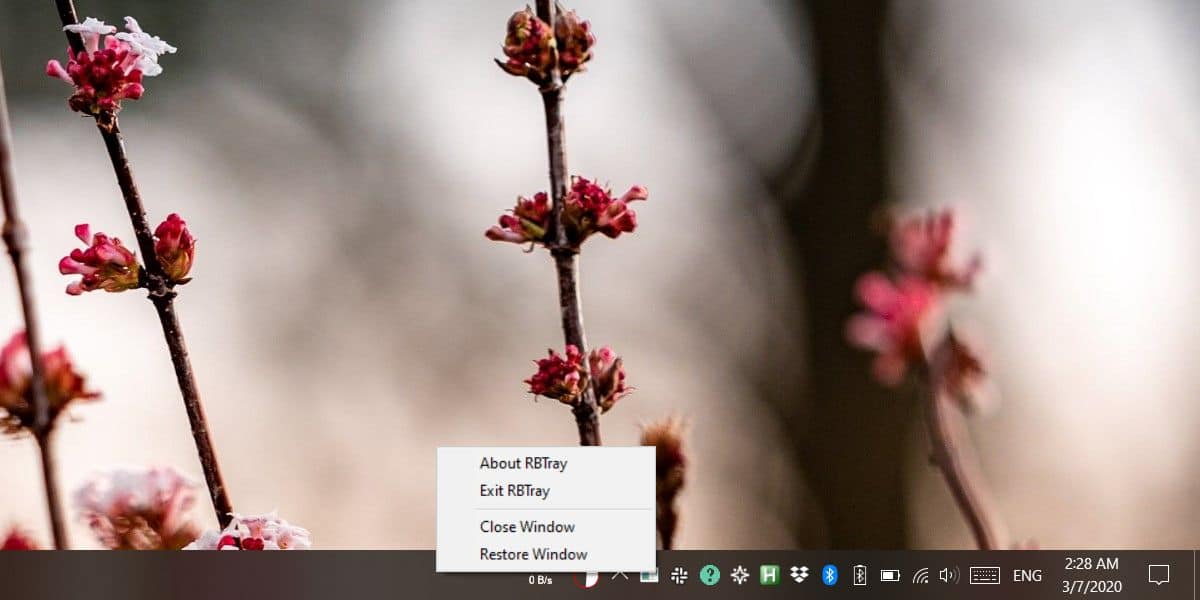 This app doesn’t work just for Command Prompt windows. It will work for almost all apps, including UWP apps. With UWP apps, you will still see the app’s icon on the taskbar but you won’t get a window for it.

To quit RBTray you can do one of two things; you can right-click an app that has been minimized to the system tray. The context menu has an option to ‘Exit RBTray’. Click it to close the app. Alternatively, and this is the better method to use, go to the Task Manager. On the Processes tab, look for RBTray, select it, and click the ‘End Task’ button. This method is better because the app runs invisibly and it is possible that it doesn’t quit when you quit it from the system tray. You can also close a minimized app from the system tray icon’s context menu. Doing so will close the app normally i.e., it will not be forced to close but if the app shows you a ‘save file’ prompt, you will need to address it before you can close the app.

When you quit RBTray, any app that you’ve minimized to the system tray will be restored on your desktop.