How to move AppData folder on Windows 10

The AppData folder is a folder that is created by Windows 10. It is hidden by default but can be accessed directly if a user chooses to show hidden files and folders on their system. The folder is located at the root of every user’s user folder.

It can get pretty big and end up taking substantial space on the C drive (or whichever drive is your Windows drive). Users cannot move this folder the way they can move an app installation because apps are hardwired to look for it in its default location. If you need to move AppData, you will have to use a junction or a symbolic link. 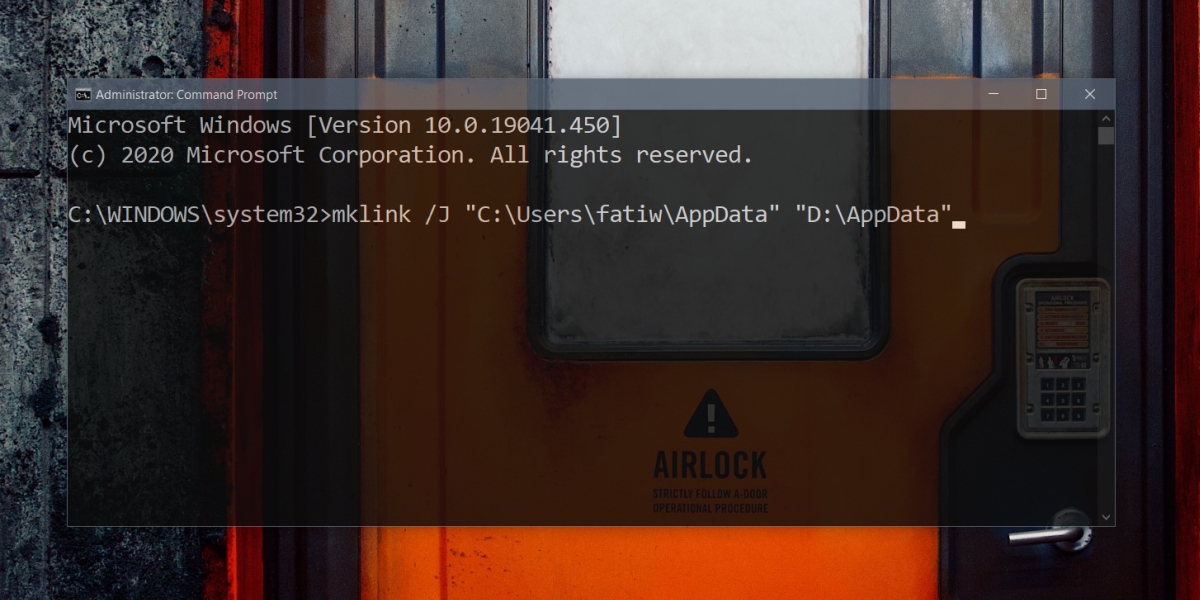 If you later decide you’d like to put the AppData folder back where it originally was, you can do so easily.

Previous How to try out Ubuntu 20.10 early
Next How to turn off Microsoft Rewards on lock screen on Windows 10