OneDrive is deeply integrated in Windows 10 even though getting rid of it is as simple as uninstalling an app from the Control Panel. Even if you never set up OneDrive, and immediately remove it from Windows 10, chances are it will still have an impact on your system. Case in point, the Desktop folder might reside inside the default OneDrive folder. If that’s the case, here’s how you can move the Desktop folder out of OneDrive. 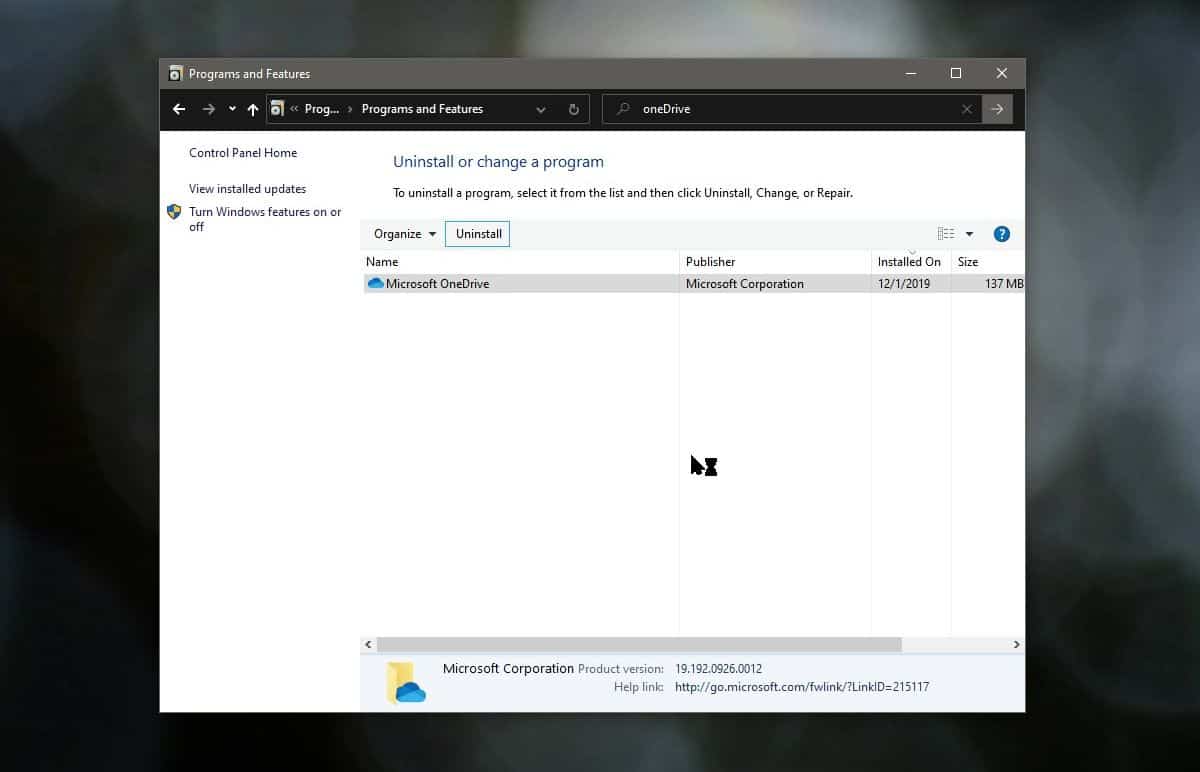 Move desktop folder out of OneDrive

Navigate to the OneDrive folder. It’s still going to be there even if you’ve uninstalled the app. You can find it at the following location;

Right-click the Desktop folder, and select Properties from the context menu. On the Properties window, go to the Location tab, and click the Restore Defaults button. 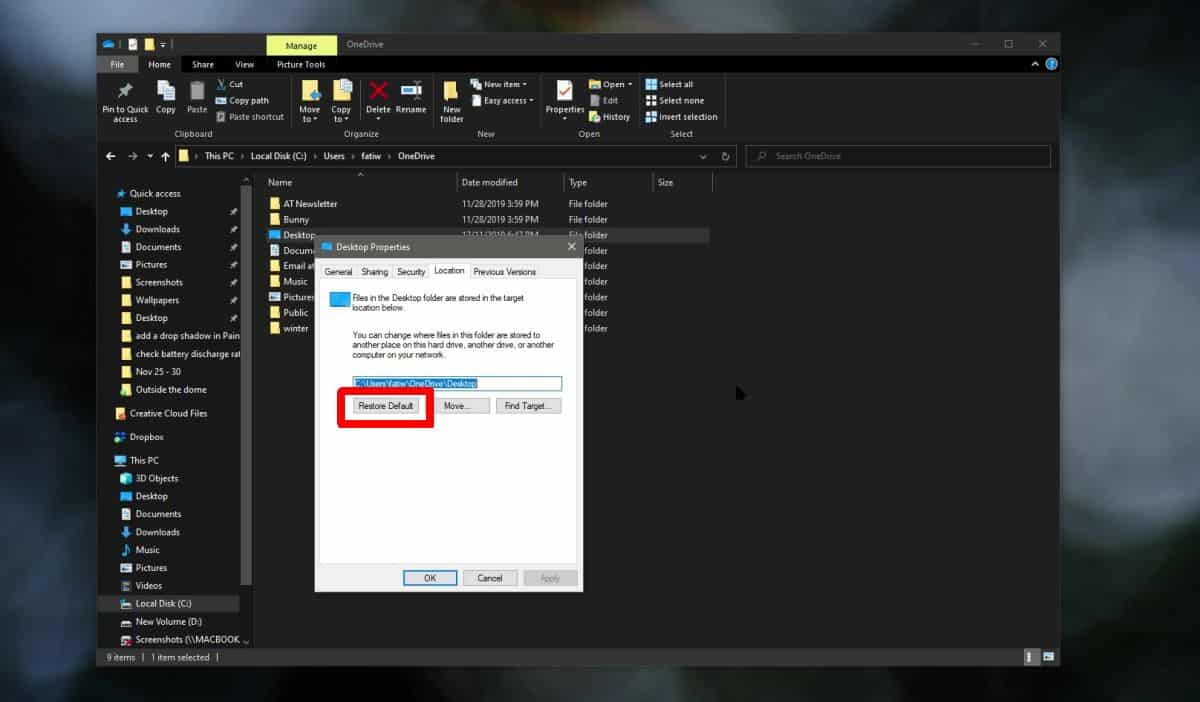 After you click this button, you will see a series of prompts confirming that you want to move the location of the folder. We strongly encourage you to read them before you confirm all of them. The files inside the Desktop folder will be moved when the folder itself is moved to its new/default location. There’s no need to worry about losing data but, you should read all three prompts, regardless.

Once the Desktop folder has been moved to its default location, you will be able to access it from here;

If you manually created a link/shortcut to the desktop in some other folder, it is likely going to break after you move it back to its default location. You will have to update the folder path that you’ve given in the shortcut or link.

If you’re wondering why OneDrive was housing your Desktop, it’s so that you have access to it on all your Windows 10 systems. This is a way to sync desktop files between multiple systems and give users a more seamless transition between them.