GIMP does not work like most other image editors. It has all the best features that advanced image editing tools like Photoshop have but how they work is a different story. In almost all image editing apps, when you paste an image from the clipboard into a project file, a new layer is created automatically and the image is pasted to the layer. On GIMP, you can do the same but the process is going to be just a bit different. It seems that adding a new layer and then pasting the image doesn’t quite do the trick..

Paste an image to layer in GIMP

Open GIMP and create a new file with the dimensions you need. Copy and paste an image either from your disk or from another GIMP file in the new file that you just created. At this point, it is important to check if the image that you pasted is larger than your canvas size. If it is, and you create a layer out of it, you will lose everything that doesn’t fit in the canvas. Normally, a large image will be an easy tell but if you’re not sure and think the corners cut a bit close to the edge of the canvas, tap the Shift+S keyboard shortcut. 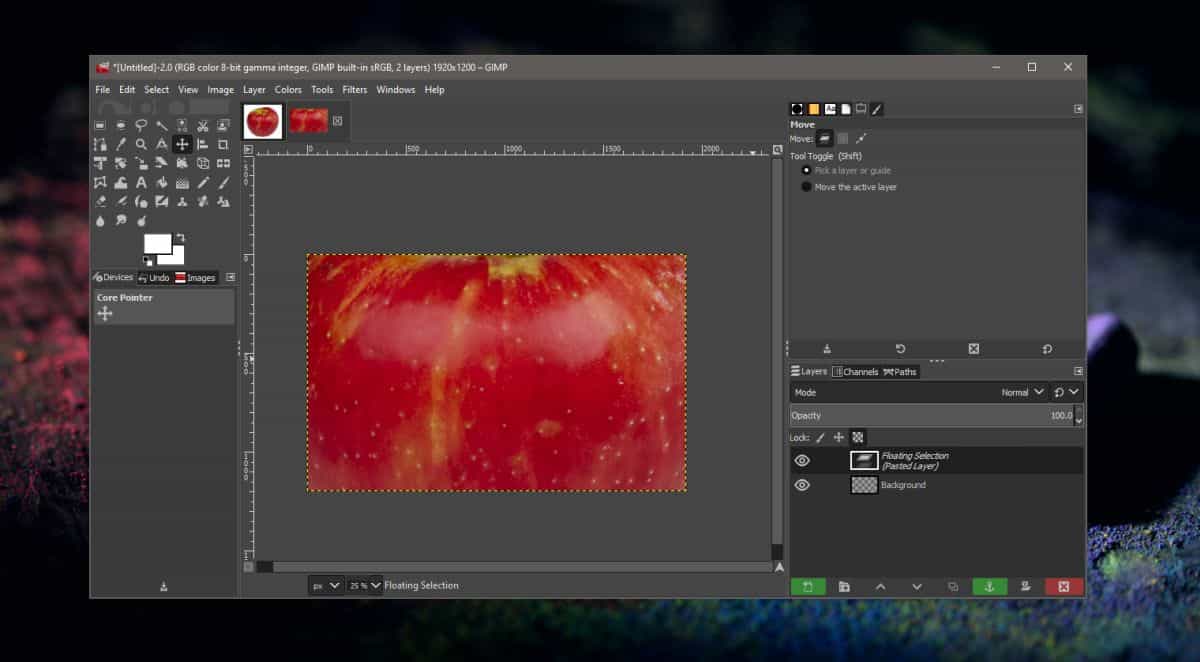 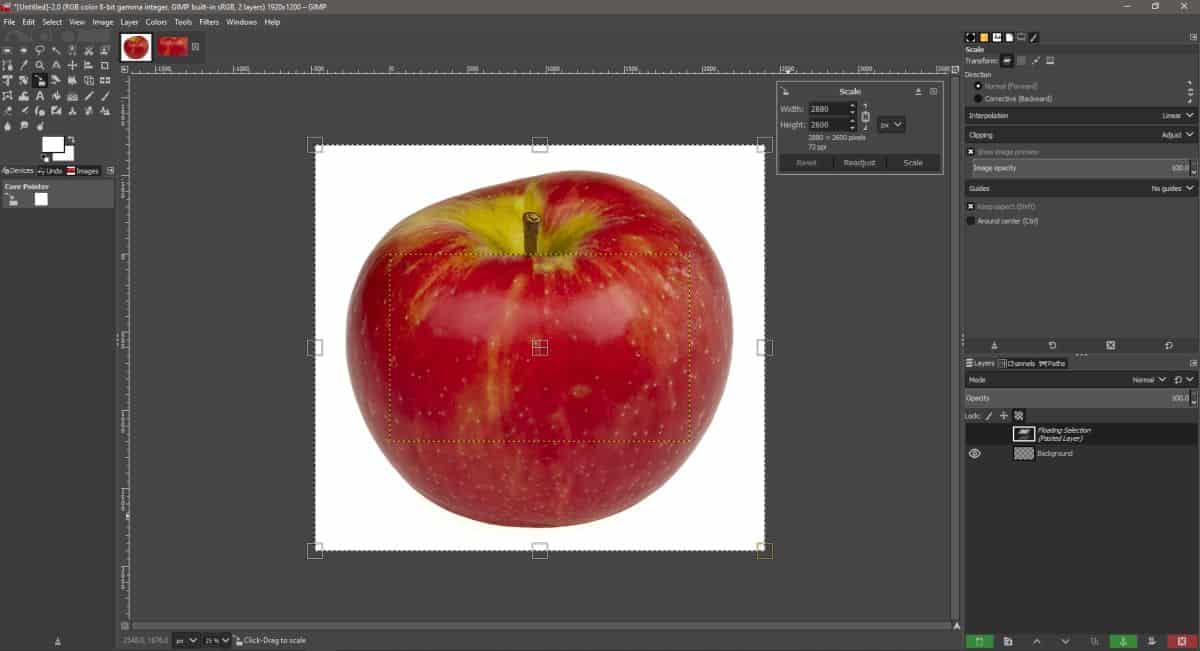 When you’re done, look at the Layers window. You will see that the image appears as a ‘Floating Selection (Pasted layer)’. Make sure it is selected and then click the green new layer button. This will put the image onto a layer of its very own. 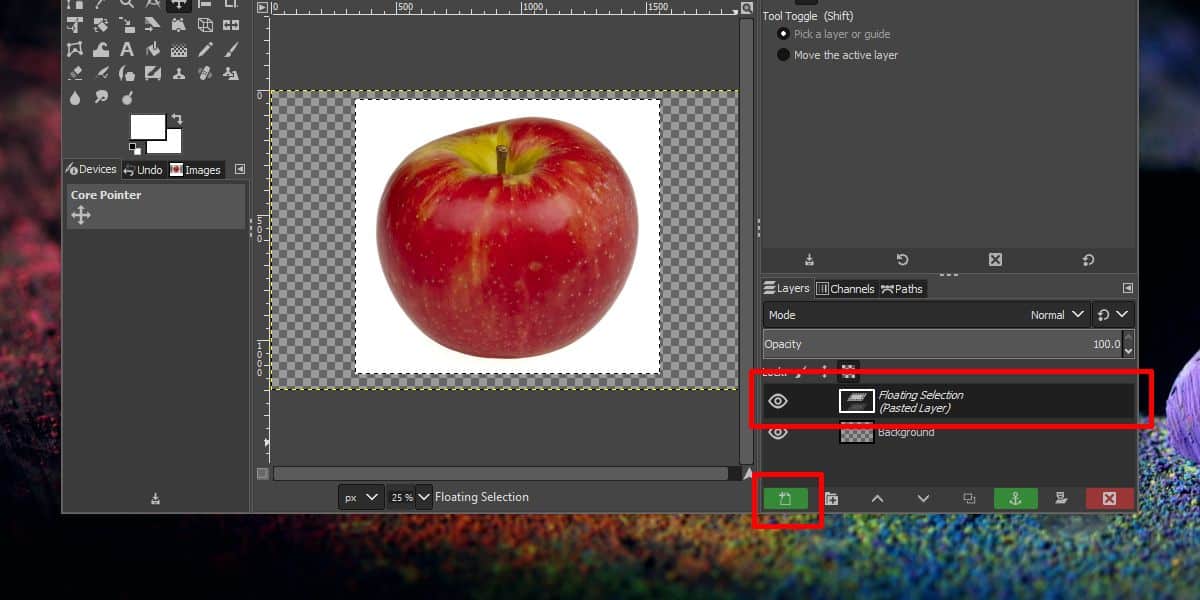 GIMP’s behavior is different from that of Photoshop, the app that it is the go-to alternative app for in many cases but that doesn’t necessarily mean that it’s poor execution. So long as an item isn’t turned into a layer, you can edit it as it is. Once it becomes a layer, it takes on the properties and the limitations of the feature which means some editing options may no longer be available.