How to play a video with FFMPEG on Windows 10

FFMPEG is the go to tool for converting video and audio files. It can also be used to crop a video, extract a frame, find the framerate of a video, among other things. It is often used by other media apps as a backend. FFMPEG isn’t just for editing videos. It is also a video player. It’s just not used often since it’s a command line tool and playing a video from it requires running a command. That said, here’s how you can play a video with FFMPEG.

There are two ways to play a video with FFMPEG; through the command-line or via a GUI app that can run commands through it. We’re going to show you how to do both.

To make things easy, you should add FFMPEG to your Path variable. This will allow you to use the app from any folder. Open File Explorer and navigate to the folder that has a video you want to play. In the location bar, enter cmd, and tap Enter.

In the Command Prompt window that opens, run the following command; 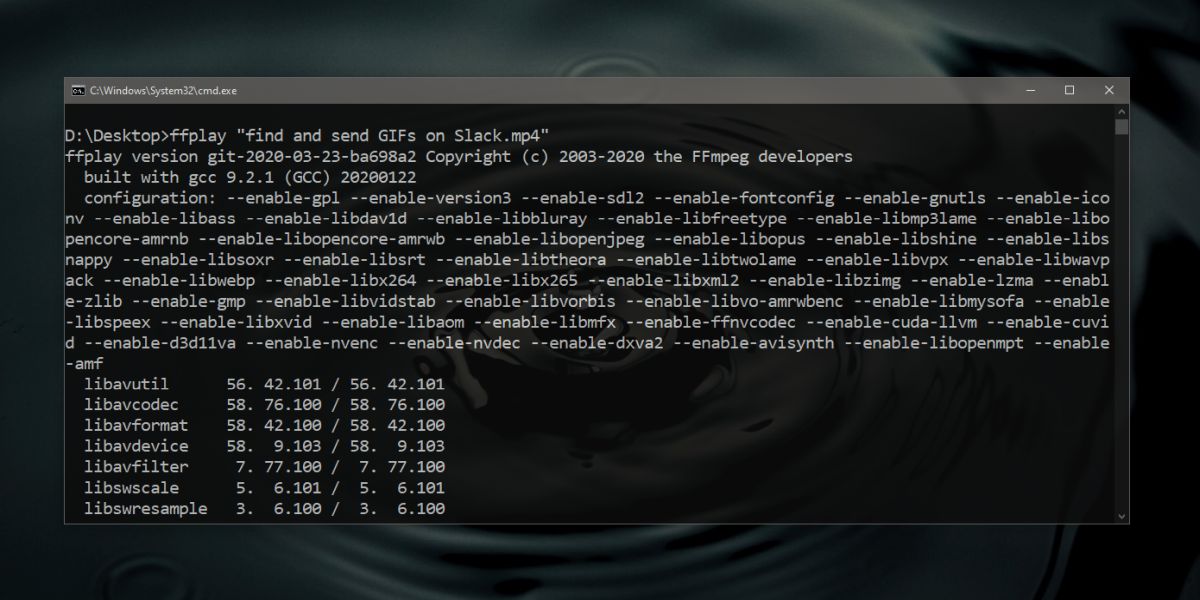 The video will open and start playing in full-screen mode. You won’t see any video controls since you’re basically using a command-line tool. To close the video, tap the Escape key.

Finding a good GUI app for FFMPEG for Windows 10 is a bit of a challenge but you can use Axiom. It makes it easier to select and play a video but you won’t get any media controls when you play it. Extract the zipped file and run the Axiom executable file in it. 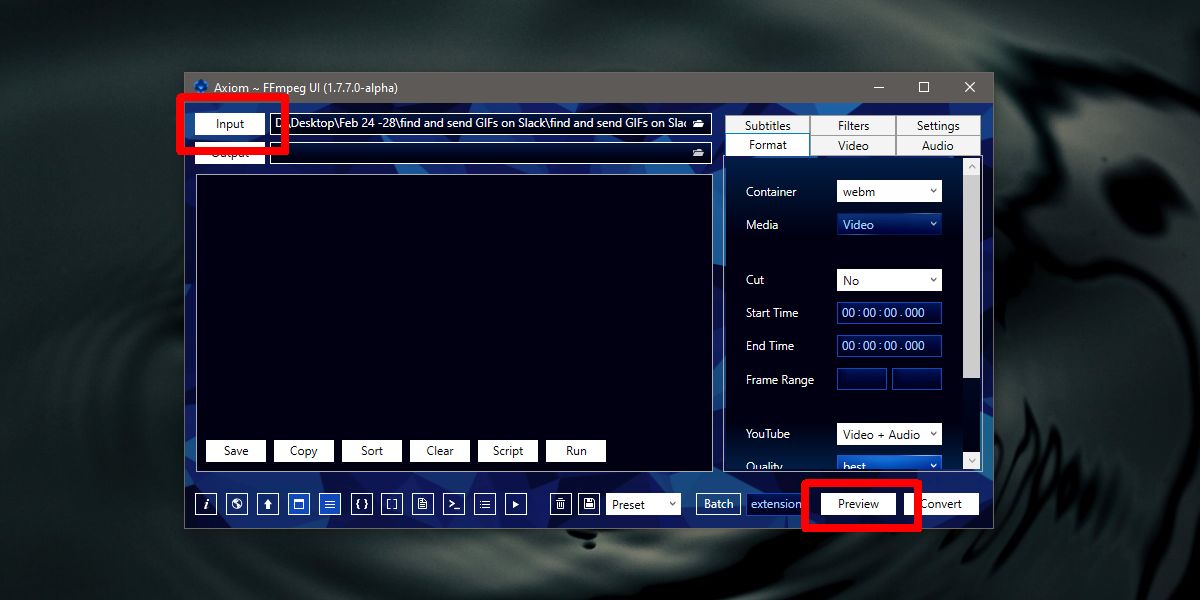 Axiom isn’t really a video player at its core. It converts video and audio files and allows you to add subtitles to a file, among other things. If you use FFMPEG because it’s a great tool but could do without the command-line, give this app a try.

Another great app that uses FFMPEG is Handbrake. If you’re not looking to play videos with FFMPEG but are more interested in its other features, this is an app you should check out. The UI is a bit messy but you’ll find plenty of tutorials for it online that will help you figure out how it works.