How to record a phone camera stream in OBS

Laptops come with a webcam but it’s only very expensive ones that have a good camera. Most will make do with a mediocre device. MacBooks have a better webcam but if you need a good, high quality camera, you will probably have to buy one. The alternative is to use your phone. Phones sell themselves on their camera quality so it’s a good alternative. If you use OBS to record your screen, and need to include the camera feed, consider using your phone for the job. Here’s how you can record your phone’s camera stream in OBS.

This works for iOS and Android devices. It also works on both Windows 10 and macOS.

You need an app to do all this. You will have to install one app on your desktop, and one on your phone. The app we’re using is called EpcoCam. Install the app for Android and iOS. Also, install the desktop app.

On your desktop, open OBS and add a new source. If you don’t know how to add a source, read our guide on how to get started with OBS. When you add the new source, you will have to select an input device. Open the Device dropdown, and select EpocCam, 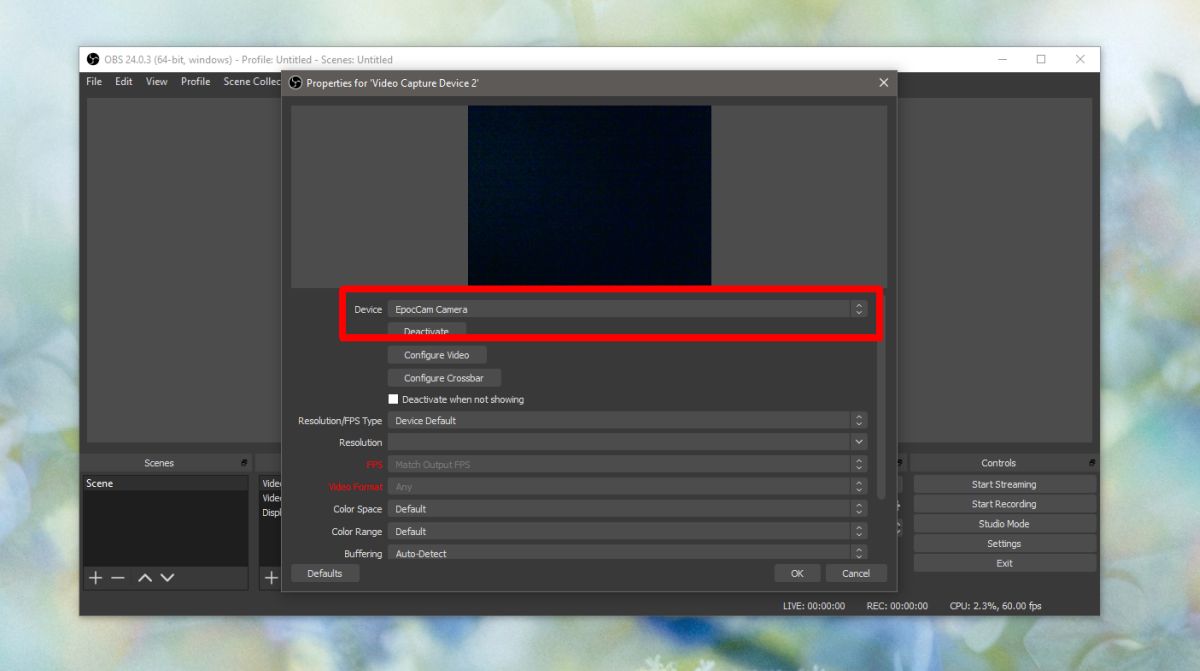 On your phone, launch the app and tap the two-way arrow button.

Your phone’s camera stream will start showing up in OBS. You can start recording or you can add more sources e.g., your desktop, and then record the two together. 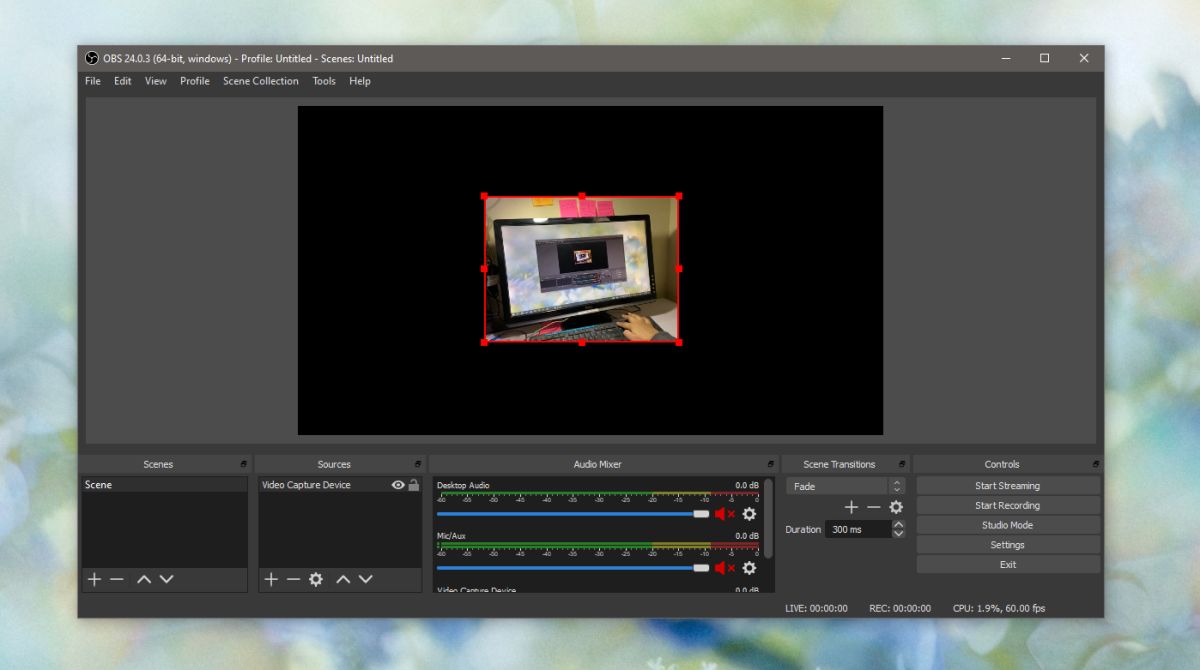 EpcoCam is free for iOS and Android but the free version has ads. The ads don’t show up in OBS so you may not need to get the pro version of the apps. If they’re bothering you, you can remove them. The app can work with both the front and back camera on the phone.

EpocCam doesn’t just work with OBS. You can use it for other recording apps too as long as the app has an option to select the webcam. Skype lets you select a webcam, and so does Chrome, as do most chat apps.

Your phone and your desktop will have to be on the same network for this to work. The app works great and there wasn’t any lag when it was tested. Remember that OBS is a resource-heavy app, and whatever it is you’re recording may also tax your system. The camera feed may end up lagging. If it does, try and free up your system’s resources as much as you can.