How to record two windows side-by-side on Windows 10

A screencasting tool for the desktop is easy to find. It really doesn’t matter what OS you use; all major operating systems have plenty of screen recording apps available for them. These apps are basic though; you’ll be able to record in full screen in most of them, and some will allow you to record a portion of the screen or one window.

If you have even the slightest unconventional recording needs, you’ll soon discover that you need to buy an app to do the job. You can snap the windows side-by-side and record the entire screen but if you need to record them individually and simultaneously, OBS is the tool for the job.

Record two windows side by side

This method is for Windows 10 but we’re using Open Broadcaster Studio so you can follow these directions on a Mac and a Linux system as well. 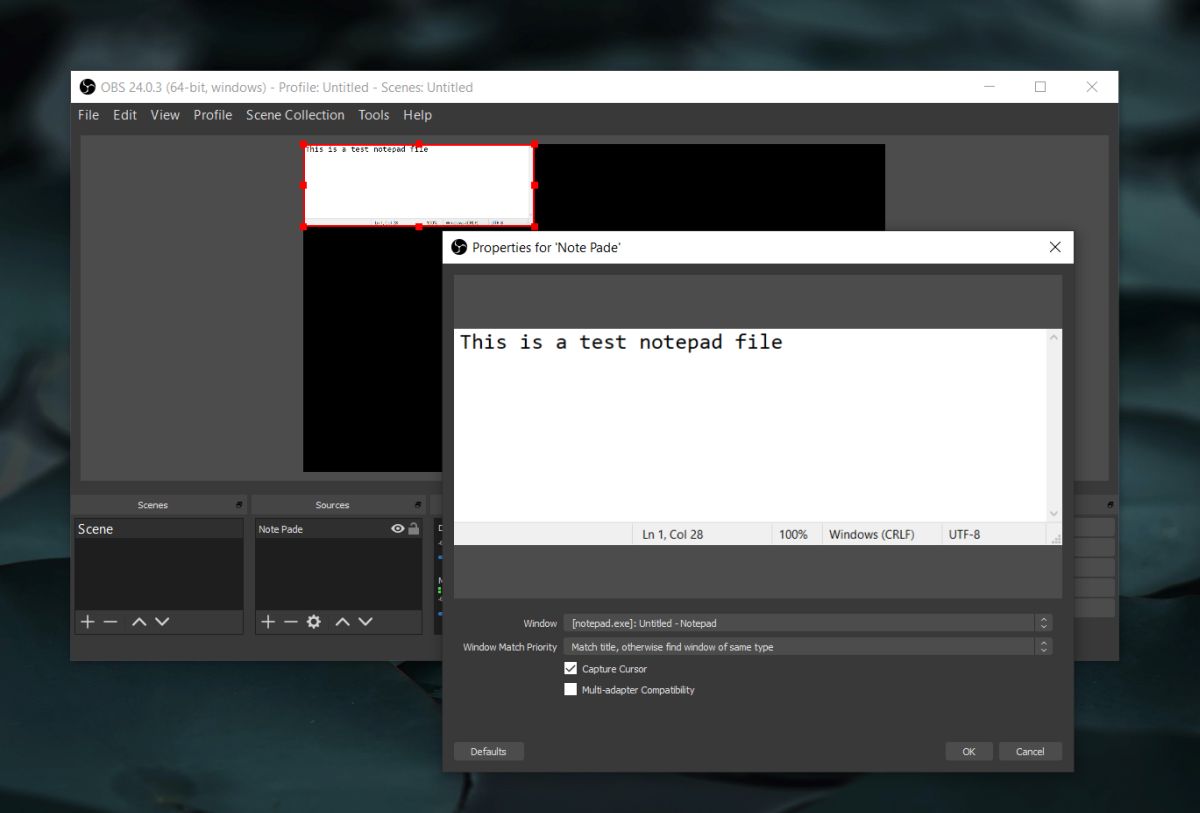 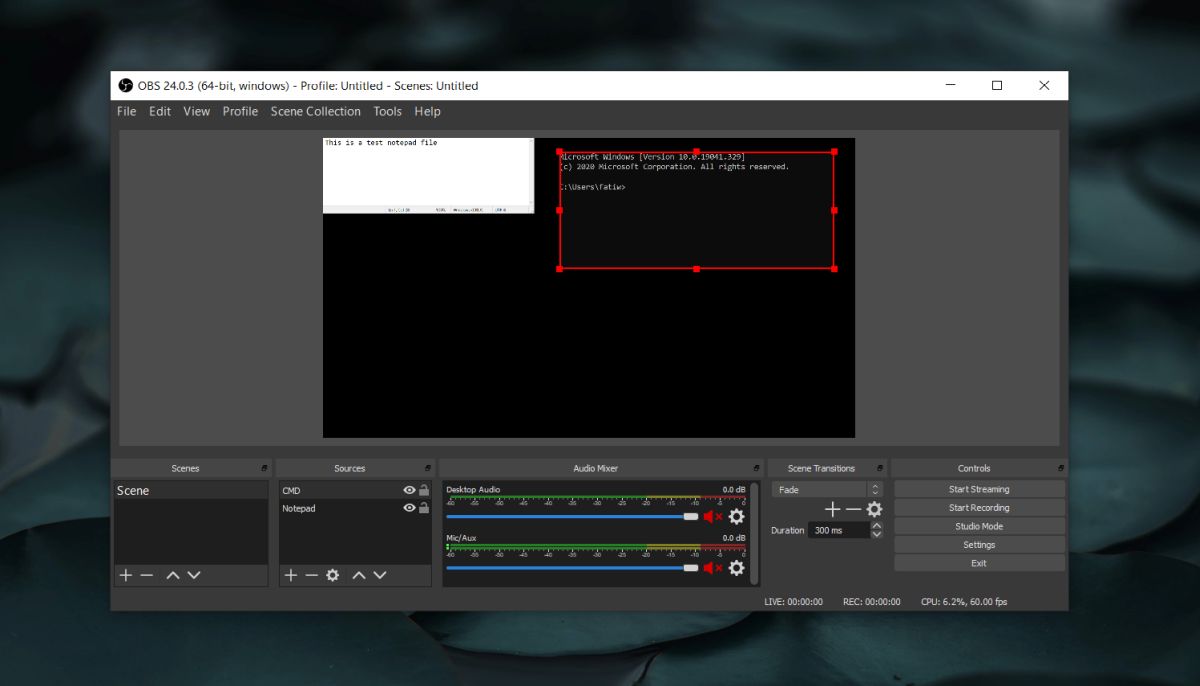 You can repeat this for as many windows as you need to record. The end result will be a video with both windows recorded. You will still have a single video, not one for each window that you recorded. The difference will be notable when you switch between these windows but OBS continues to record them.

You can also add other sources e.g., your webcam feed, or your phone’s camera feed.

For individual videos, it’s better to have a multi-monitor set up so that you can record them and later crop the final video. Another more complicated alternative is to use two different recording tools but it will take a toll on your system’s resources and one recording tool may prevent the other from working. If your system is up to the job, you can also run multiple instances of OBS. Use the portable version and create a copy of it.