How to screenshot UAC prompt on Windows 10

When a user, admin or otherwise, attempts to install an app, open Command Prompt with admin rights, or edit the registry, they’re stopped by the User Access Control (UAC) prompt. The prompt is easy to by-pass if you know the admin user credentials. This user prompt window is a higher level window than ordinary windows and as such, you can neither record nor screenshot it. 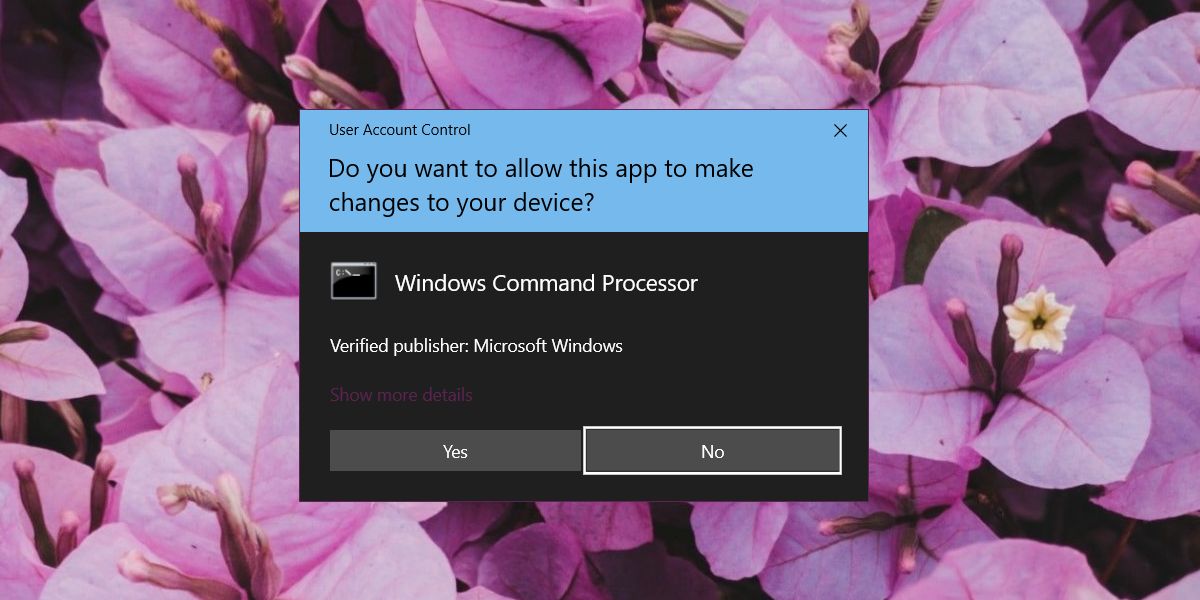 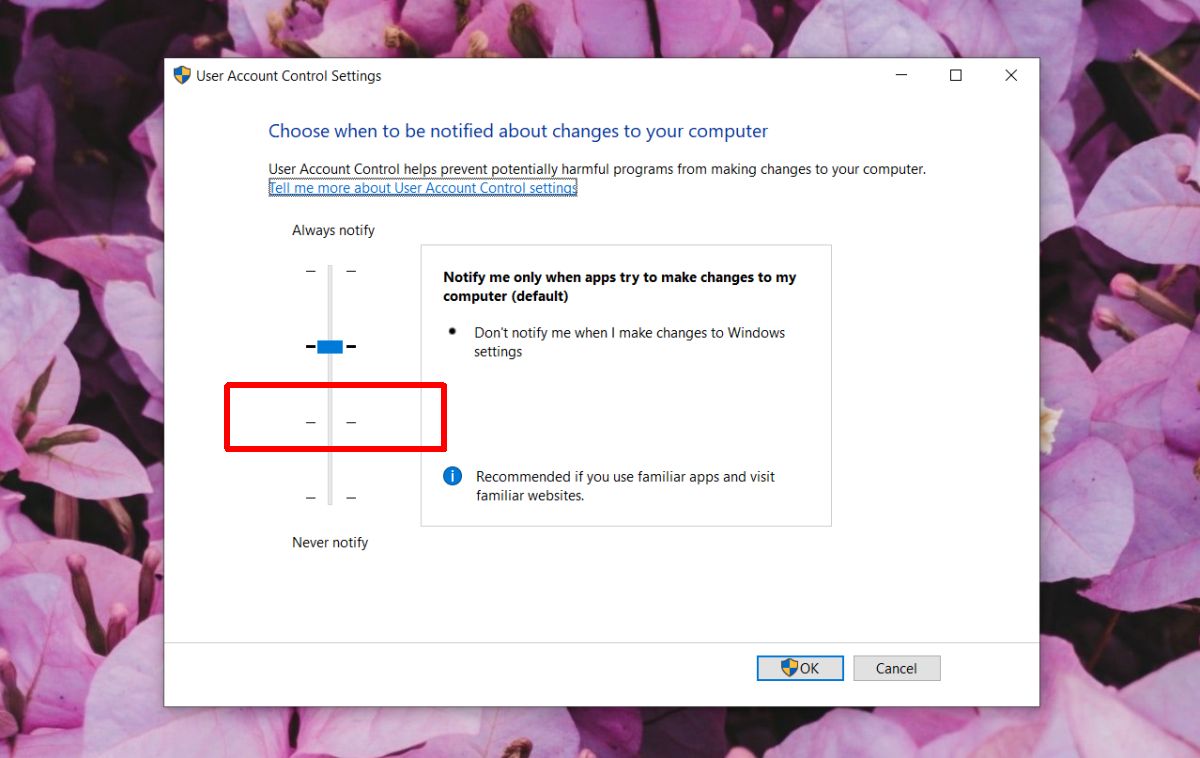 The default UAC settings apply an overlay to Windows 10 when it appears. It makes it difficult for a user to interact with the system without first attending to the prompt. In some cases, the UAC prompt may open in the background but it will, in most cases, stop you from what you’re doing and demand action.

The overlay also prevents malicious apps from interacting with anything going on behind the UAC. If, for example, a script is written to automatically accept a UAC prompt, the overlay will block the script from accessing the Yes and No options that the prompt presents. This is why it is important to reset it once you’ve taken your screenshot.

Screenshot apps and tools generally aren’t malicious and you do not stand to leak any important information if you screenshot or record the UAC prompt but because it adds an overlay when it appears, it blocks screenshot and screencasting tools from working. It’s basically a side-effect to how the prompt works.