Terminal apps like Command Prompt don’t have much in terms of UI. They’re meant for running text-based commands and often, users who prefer them over GUI apps do so because of the basic interface. While a basic interface is great, it can also be counterproductive at times e.g., when you have multiple windows of Command Prompt open and you’re working on different things in each. One easy way to differentiate between the windows, and make it easier to switch between them is to give them a title. Here’s how you can set a title for a Command Prompt window on Windows 10.

Titles are set on a per-window basis and the title is only set for the current session. You can change/edit the title any time you want.

Open a Command Prompt window and run the following command

Tap enter and the title will be set. 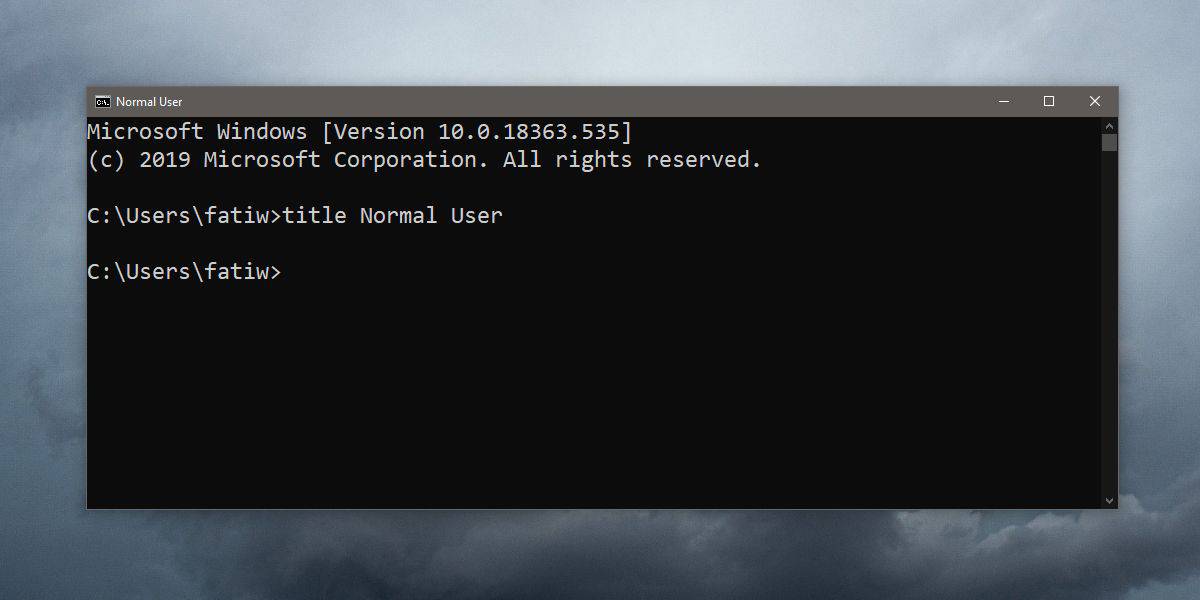 Titles can be set for a Command Prompt window regardless if it’s running with admin privileges or not. One thing you should know is that a title may contain a space but you won’t need to use double-quotes around it. The Title command knows that it is going to receive string input and therefore, anything that is broken up by a space is automatically considered part of the string. 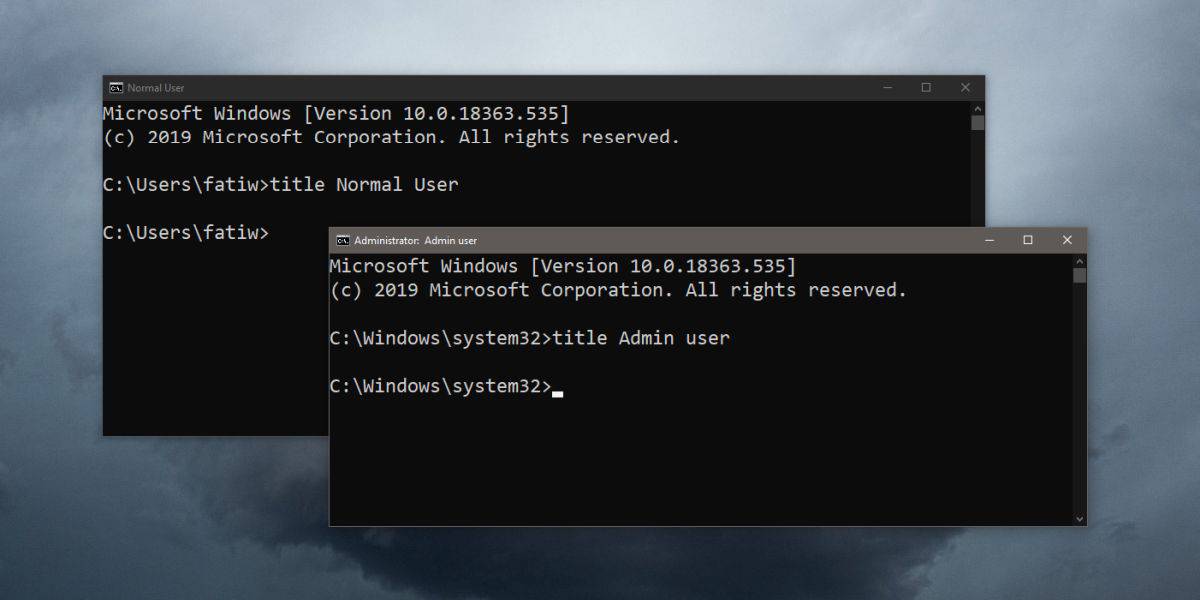 You can set a title for PowerShell windows as well but the command for it is different. In PowerShell, you have to run the following command.

There is one difference between these two commands though; in PowerShell, you have to put the title you’re setting inside double-quotes. Without it, the command simply will not run and you’ll get an error. Other than this one difference, the command works more or less the same way the Title command in Command Prompt does. You can change it whenever you want and it can be run in windows with normal as well as admin user rights. Like Command Prompt, the title is only set for the current session. 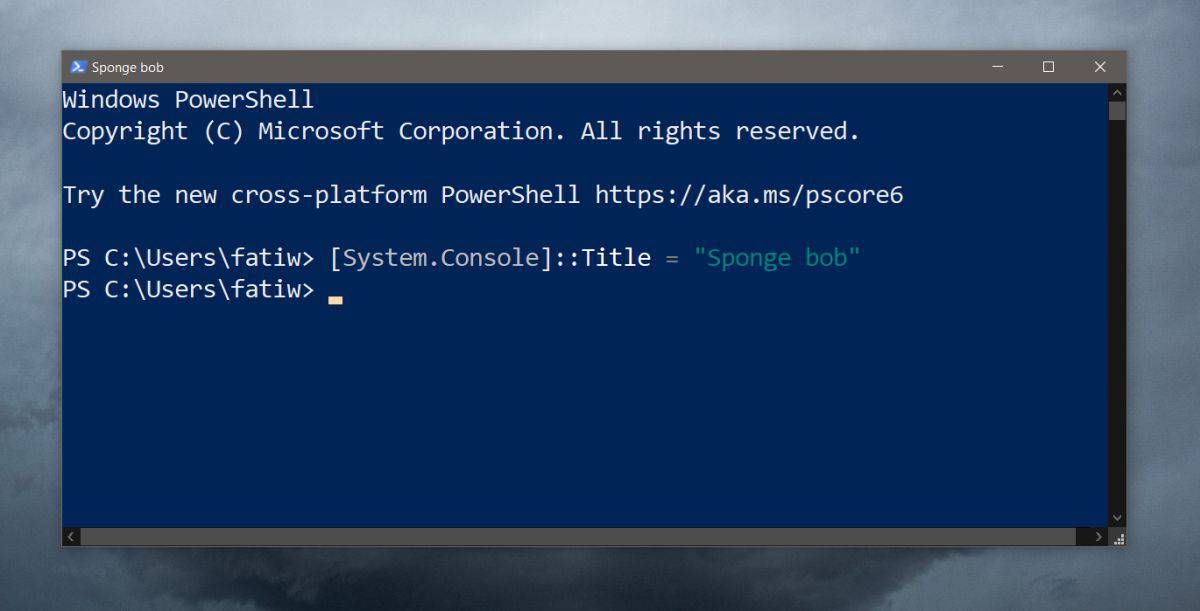 The biggest advantage of setting a title is that when you mouse over the PowerShell icon on the taskbar, the thumbnail-like preview will show you the title that you set. This makes it easier to pick the window you want to switch to.