How to Take a Screenshot on Netflix [Expert Solution]

Netflix doesn’t let you take screenshots or record screencasts, and for good reason. Screenshots might be harmless but screencasts are not. Services like Netflix have to ensure they aren’t used to pirate anything which makes the screencast ban necessary. Screenshots are just a casualty. You can take a screenshot in Netflix but it isn’t going to be easy.

This solution not only requires considerable setting up, but it also requires a reasonably good system to run it on. The trick is to use a virtual machine. Although setting up a VM is easy, and you can use the free app VirtualBox app by Oracle, not many people are up to creating one and more importantly, not everyone has a system that can run a VM well.

Create a VM machine of either Windows 10 or the latest version of macOS High Sierra. If you’re looking for an HD screenshot, we have to recommend you go with a Windows 10 virtual machine because only the Windows Netflix app, and Edge can run Netflix in HD.

Set up the virtual machine and run it. Once you’re on your desktop, open Netflix in your browser or in an app.

Windows 10 and macOS both have a built-in screenshot feature which is what we’re going to use to take the screenshot. It’s best to have a screenshot utility that you can use with a keyboard shortcut. 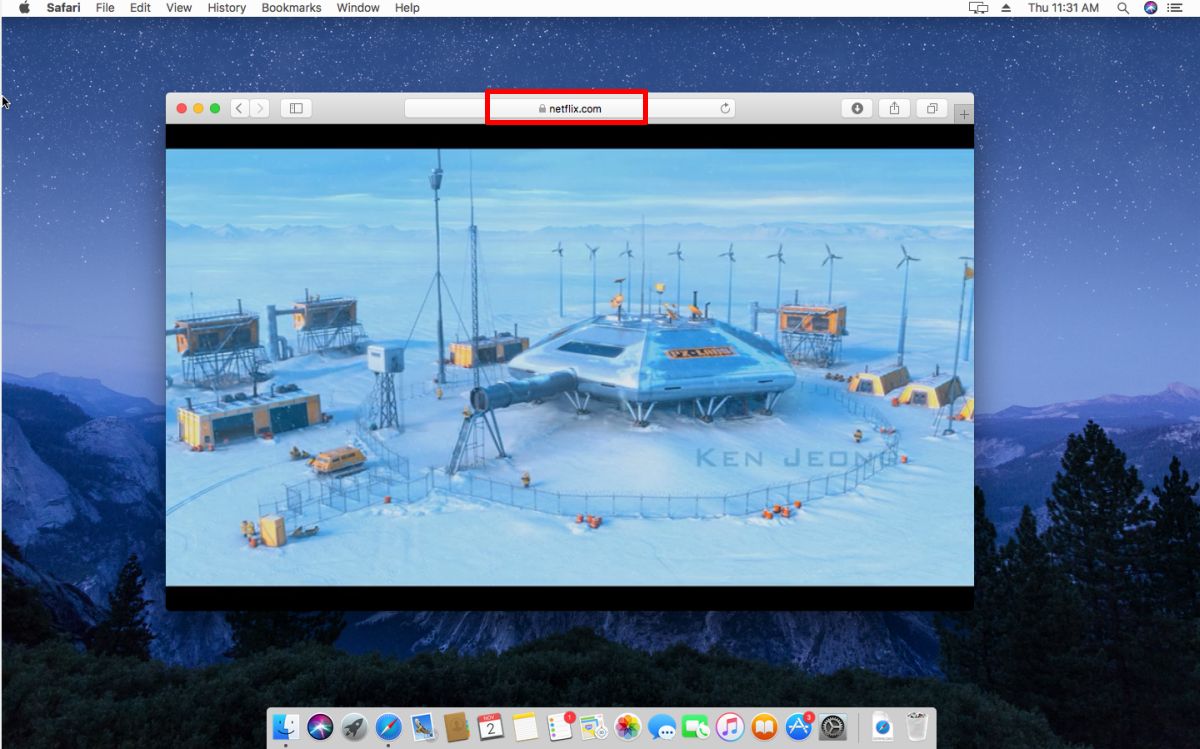 You will, of course, need to crop it to size and everything. This is a hack way of getting it done so there’s a lot of work involved.

RELATED READING: These are the best VPNs to watch Netflix with

Your virtual machine will keep running even if the window isn’t in focus and so, Netflix will also continue to play. Since it’s playing inside a different OS and it is limited to just that environment, it cannot detect the screenshot tool that you’re using outside it. Think of it as mounting a camera on a tripod in front of your screen. The camera can’t be controlled by the OS on your system and it’s free to take pictures. This is more or less the same thing.

Admittedly, it is a lot of work but the good news is, this works for anything and everything that prevents you from taking screenshots. It might not be important to take a screenshot of Netflix but you might face this same limitation in other apps and this trick works just as well.