How to Unblock Bitcoin Exchanges in China in 2019

Today’s guide will show you everything you need to access Bitcoin exchanges in China. You’ll learn all about the Great Firewall and how to bypass it, plus how to cover your tracks online with a VPN. Even better, we’ll cover the top 3 VPN providers proven to break through Chinese censorship of cryptocurrencies. 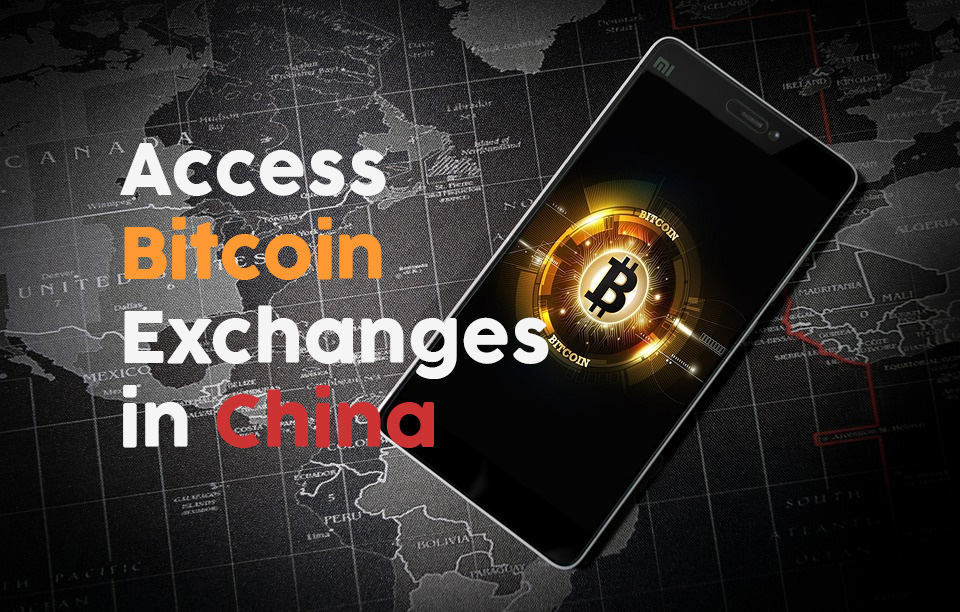 Chinese people have become very accustomed to online restrictions these days. The Chinese Communist Party’s (CCP) Great Firewall is the world’s most intrusive online censorship and surveillance programmes and means that many everyday websites, such as Google, Facebook, and Wikipedia, are inaccessible in China. But, until now, while the Communist regime has worked hard to restrict access to information they cannot control, they have not attempted to restrict access to a tool which Chinese people can use to enrich themselves.

Generally speaking, making money in China is fine as long as you play by the CCP rules, but it seems that when it comes to Cryptocurrencies, a line has been crossed. There was a time when China was a huge hotbed of Bitcoin exchanges. These local exchanges were banned back in September last year, with many moving offshore to places like Hong Kong, Singapore, Taiwan, and Japan, where they could enjoy more freedom. But now the CCP has blocked access to international Bitcoin exchanges too. This is a real problem for the many Chinese people who have Bitcoin investments they need to manage. In this article, we will tell you how to Access Bitcoin Exchanges in China using a VPN and recommend the best VPNs for doing so.

How to choose the best VPN

Finding a VPN that still works in China can be a tricky business. The state censorship regime has tried to block VPNs in the past and a new law which is expected to come fully into force next month bans access to unauthorised VPNs in China altogether. How effective this ban will prove to be in practice remains to be seen, but you can be sure that the biggest and best VPNs that are still operational in China will be working hard to ensure that remains the case. At the time of writing, there are still some very good VPN providers that can be accessed in China. So, from these, how do you choose the best one to use to access Bitcoin Exchanges. Our recommendation is that you should look to apply the following core criteria:

Waht are the best VPNs for Bitcoin exchanges in China

Now that you know what to look for in a top-tier VPN, you need to pick one. There are many on the market, but we’ve narrowed the lot down to the three best VPNs proven to unblock Bitcoin exchanges in China:

ExpressVPN is one of the best VPN around to still offer a consistent, reliable service to Chinese users. At the time of writing, the ExpressVPN website remains available in China and the service ostensibly operates as it does everywhere else in the world. Speeds for Chinese users are good, but ExpressVPN particularly recommends connecting to either their Hong Kong of Los Angeles servers for the fastest possible connections. Otherwise, they have 3,000+ servers across 94 countries, which also includes neighbouring Taiwan, Japan, Macau, Mongolia, and Vietnam.

ExpressVPN is one of the most secure VPNs around with 256-bit AES encryption being deployed as standard. It also has a strict no-user-logs policy which means that there is no record of what you are doing online kept by ExpressVPN. Their apps are available for almost all devices and are easy-to-use and well designed. Putting all of this, together ExpressVPN ticks all of the boxes for Chinese internet users and is perfect for those who still want to be able to access international Bitcoin Exchanges. 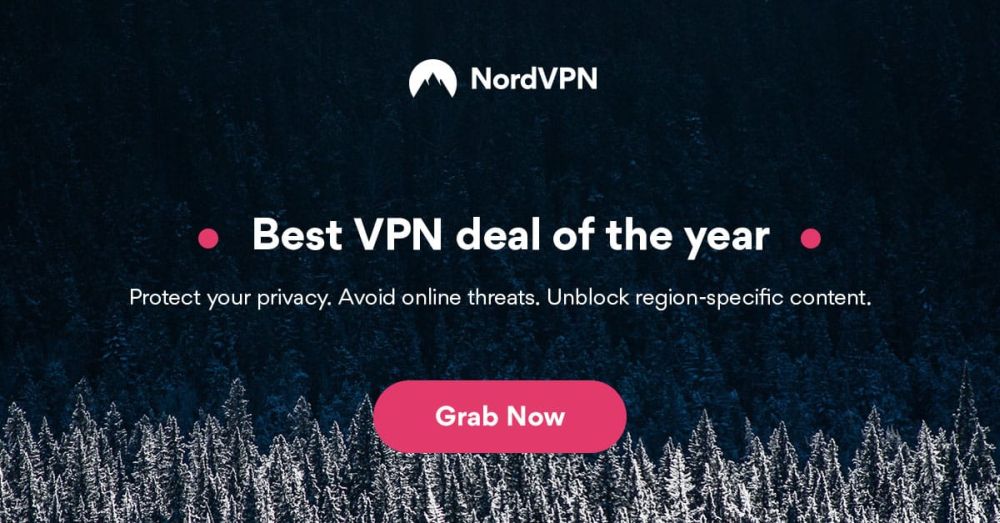 NordVPN is one of the most established VPN names on the market right now and recent investment means it is once again one of the very best too. It does have some limitations for Chinese users, as their iOS app is definitely not currently working in China. But other apps are, with their Windows app the best to go for as it includes a specific mode for Chinese users in the Settings menu. It is also possible to download the Android app directly from the apk file. To get NordVPN working without a hitch, you will need to enable Obfuscated servers and then it shouldn’t take you too long to find a server that works.

If you do opt for NordVPN, you are choosing a VPN which offers an extensive range of servers with many in the South-east Asia region including Hong Kong, Taiwan, and Japan. They also offer top of the range encryption and being based offshore it also has the best privacy policies around too. Their speeds have been an issue in the past but of late investment in new servers has seen this problem all but erased and their fast, consistent connections have seen them catapulted right back to the top of most people’s best VPN lists. Perhaps best of all is NordVPN’s extensive server network, numbering 5,500+ nodes in 60 countries worldwide. Certainly, for users of international Bitcoin Exchanges, NordVPN remains a good bet, especially if you like to manage your investments on Windows.

VyprVPN is another high-profile VPN provider which is still fully functional in China. And furthermore, they offer Chinese users the same fast speeds and reliable connections as users elsewhere in the world. VyprVPN is one of the few VPN providers which owns and operates its own network of servers. They have more than 700 available, located in 70+ countries all over the world, including plenty of countries close to China, such as Hong Kong, Macau, Taiwan, and Japan.

VyprVPNs ownership of their servers gives them the ability to customize hardware and software for optimal speed. It also means they can offer an extra level of security because no third-party can ever access their servers. Combine this with their no user logs policy and their own excellent Chameleon protocol, which uses the the basic 256-bit encryption most VPNs use and also scrambles packet metadata, which makes it unrecognizable to deep packet inspection which the Chinese Communist Party is known to use, and there is little wonder VyprVPN is so popular in China or such a good bet for accessing Bitcoin Exchanges.

Why has China blocked access to international Bitcoin Exchanges?

It is always a little difficult to second-guess the Chinese Communist Party (CCP) when it comes to the reasoning behind some of the things they have chosen to block online, but with international Bitcoin Exchanges, there does appear to be a theme of instability and the potential for social unrest which is the root cause. For a single-party authoritarian regime, maintaining their grip on power is always the first priority of the CCP and much of this rests on ensuring that there is no upheaval which could potentially threaten that.

But cryptocurrencies are a big deal in China at the moment and there have been a few instances where they have been stirring up the sort of emotions that the CCP doesn’t like to see. Bitcoin’s popularity combined with the volatility in prices was creating a huge amount of excitement and risked anger when the price inevitably dropped. This worried the CCP. And there had also been a few high-profile fraud cases which involving cryptocurrencies.

Just a week before the ban on international Bitcoin Exchanges was introduced there were reports that the founder of an ICO project called ARTS had got into trouble with angry investors. The man, named Jiang Jie, was forcibly taken to the Beijing municipal financial bureau by a large group of investors who claimed that he was guilty of fraud. Apparently, he had launched a cryptocurrency which was valued at 0.66 yuan at its ICO. But within a fortnight the value had dropped to just 0.13 yuan meaning many investors lost a lot of money. This incident and others like it appears to have persuaded the CCP to act and stop further such instances of public disobedience taking place.

How has China blocked access to international Bitcoin Exchanges?

According to a report in the Financial News, a Chinese news outlet with direct links to the state-owned People’s Bank of China (PBOC), the justification for the move to block access to international Bitcoin Exchanges was fairly straightforward. In a report which can be viewed as coming directly from a CCP spokesperson, it said that

“To prevent financial risks, China will step up measures to remove any onshore or offshore platforms related to virtual currency trading or ICOs.”

To that end, access to all of these Exchanges is no longer possible on a regular device connected to the Chinese internet. All such sites are blocked and what is more, the CCP appears to want you to forget that such sites ever existed. Advertisements for cryptocurrencies have been removed from China’s biggest search engine, Baidu, and from the popular Social Media site Weibo. It is quite likely that keywords will also be blocked from such sites too.

How to get round the Bitcoin Exchange ban – a VPN

For many Chinese cryptocurrency traders, the ban on domestic Bitcoin exchanges last September meant that they have been using a VPN to do their business for a while. As one Chinese cryptocurrency trader, Donald Zhao, now based in Tokyo, explained to the South China Morning Post, “It is common for people to use VPNs [virtual private networks] to trade cryptocurrencies, as many exchange platforms relocated.” VPNs are used by a great many people in China to get around the country’s strict online censorship anyway, but for many, the need will now be more pressing.

But by connecting a VPN to a server outside China, these Chinese Bitcoin traders will have no trouble accessing whichever Bitcoin Exchange they choose. And furthermore, they can go about their business knowing that they are a great deal more secure than they otherwise would have been. The Chinese state surveillance apparatus will not be able to see what they are doing or stop anything they disapprove of.

Get in touch with us

Have you used any of the VPNs recommended in this article to access international Bitcoin Exchanges from inside China? How was the experience for you? Did you have any problems getting your chosen VPN to work behind the Great Firewall? Any advice or tips for others trying to do the same thing? We always welcome feedback from all our readers, so please do leave your thoughts in the comment box below.