How to update Discord on Windows 10

Discord, like other apps, goes through multiple versions. Each new version either has more/new features or it fixes bugs in existing features. Regardless of the nature of the update, it’s a good idea to keep the Discord app up to date. An updated app will be safer, and more optimized for your desktop than an out-of-date version.

Discord has a dedicated desktop app for Windows 10. It’s like most other apps for the platform but there are some differences e.g., how an update for the app is installed. The good news is, Discord can be updated in-place i.e. you do not have to uninstall the app and then download and install the latest version. The somewhat bad news is that there is no button to click to update the app.

Discord is an app that checks for updates automatically when you run it so if the app isn’t running, you can update it via the following steps. 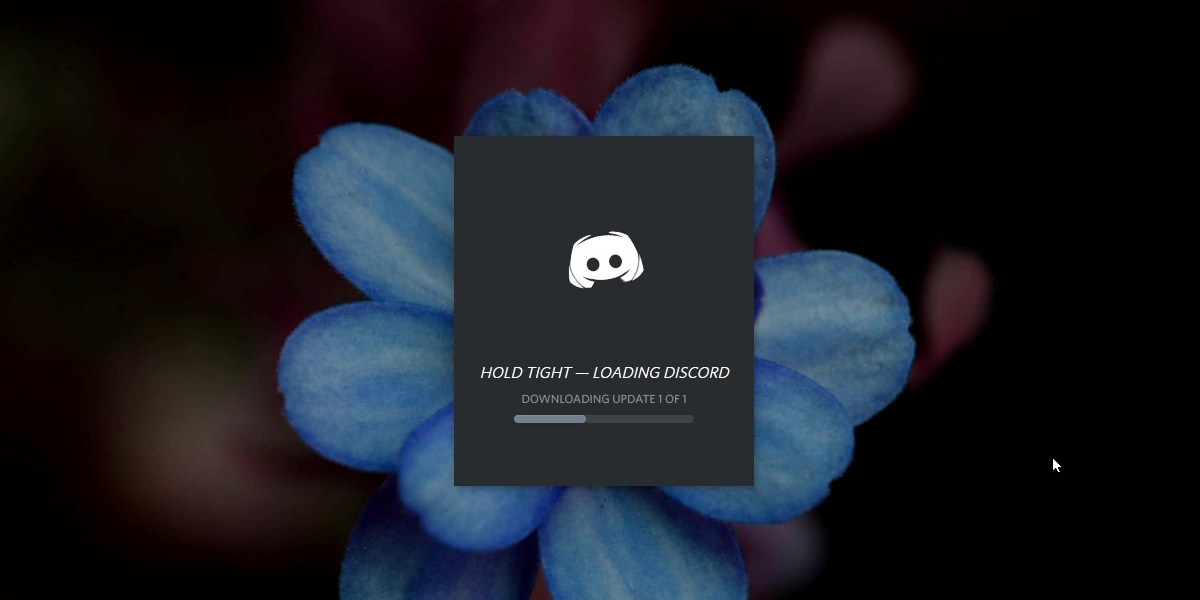 You do not necessarily have to close and relaunch Discord to check for updates. You can check for an update, and install it while the app is still running. 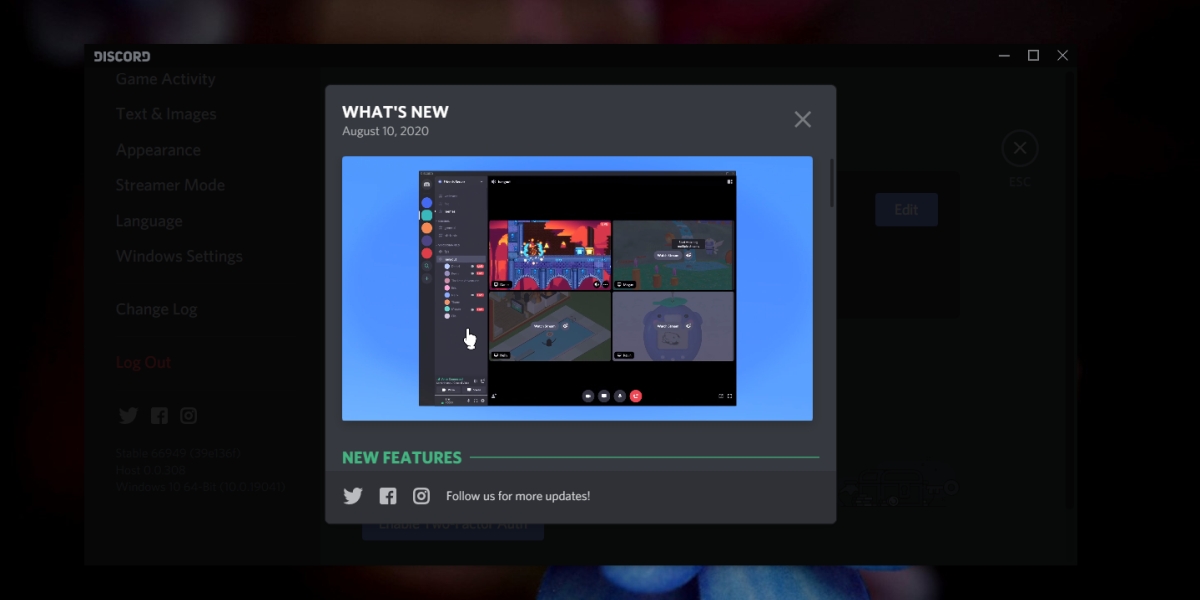 Discord normally updates without any problems however, sometimes, it does run into an update loop. You should wait a reasonable amount of time for the app to download and install an update but if it doesn’t update, try these fixes.

Discord doesn’t have an ‘Update’ or ‘Check for update’ button that users can click. Most users encounter an update only when they relaunch the app. The only problem is that many users don’t regularly quit the app or shut their systems down. It gives the impression that a restart is necessary. You should know that an update can take up to five (or more) minutes to download, and additional time to install. If you internet is slow, the download will take much longer.