How to use a Command Line switch on Windows 10

An app instance can be modified when it is run with a command-line switch. The switch tells the app to run in a particular state or to disable a certain feature when it runs. The change isn’t permanent and only subject to that one instance when the app is run.

In order to run an app with a command-line switch, the app itself must support them. You cannot invent a switch or use one from a different app. It is strictly subject to what an app does and does not support.

There are two ways to use a command-line switch on Windows 10.

To use a command-line switch from the Command Prompt, you need to first find the switch that you will use. For this, we’re going to use Chrome as an example.

or for a shortcut to an app; 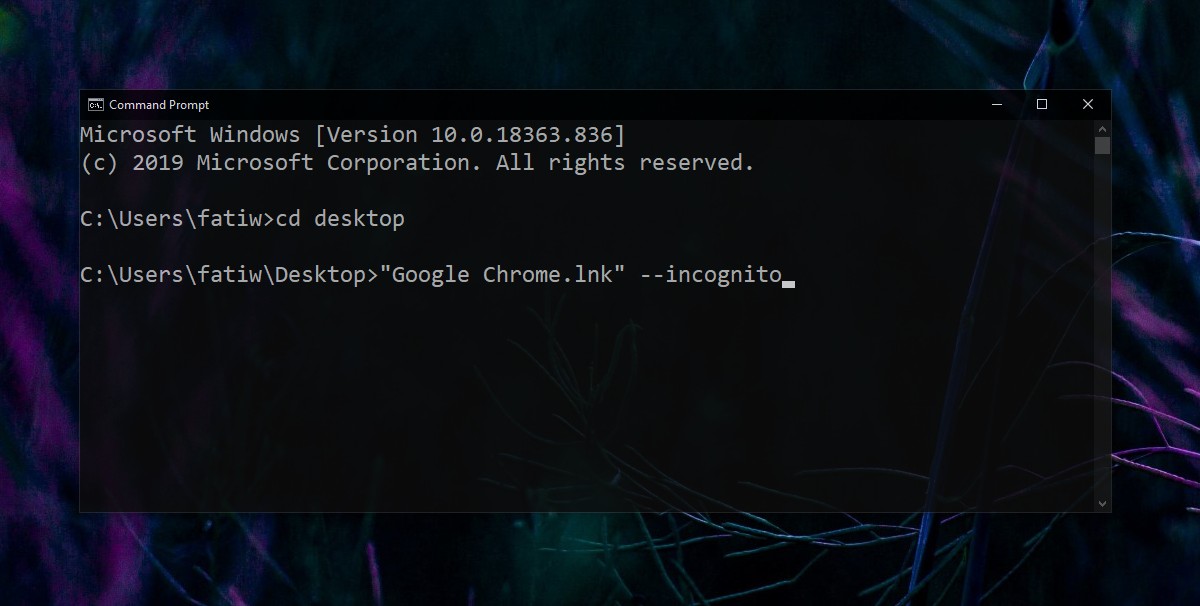 An app’s shortcut can be modified so that when it is used to open the app, it runs with a command-line argument. Again, we’re using Chrome for our example. 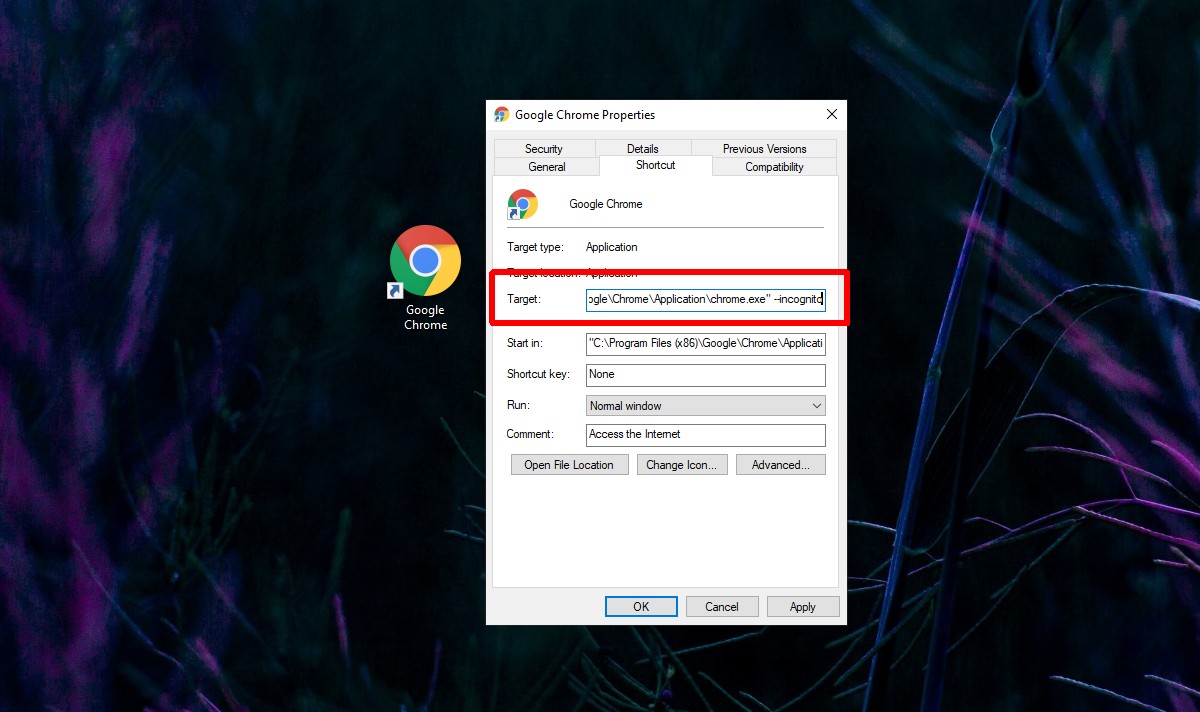 A command-line switch is a convenient way to change the behavior of an app without making it permanent. The switch only modifies the app’s instance for the one time it is used to run it. If you use the shortcut method instead of the Command Prompt method, you will always have a quick way to run the app with a switch without having to type it out each time.

You can use the Task Manager to see if an app is running with a Command-Line switch.