League of Legends is one of the most popular MOBA games played today. Installing the game is simple enough. It takes time to learn the ropes, figure out the characters you want to play, the skills that you should level up, and how to battle in the arena. The game has grown over time so there’s a lot to learn.

While learning to play the game takes time, setting it up is usually no problem. You download the game installer, and it downloads the files it needs to set up the client. You’re ready to play in an hour, or less, depending on your internet connection’s speed.

If you’ve been playing the game for a while, and suddenly lose sound, there may be multiple reasons behind it. For the most part, the fix should be simple. 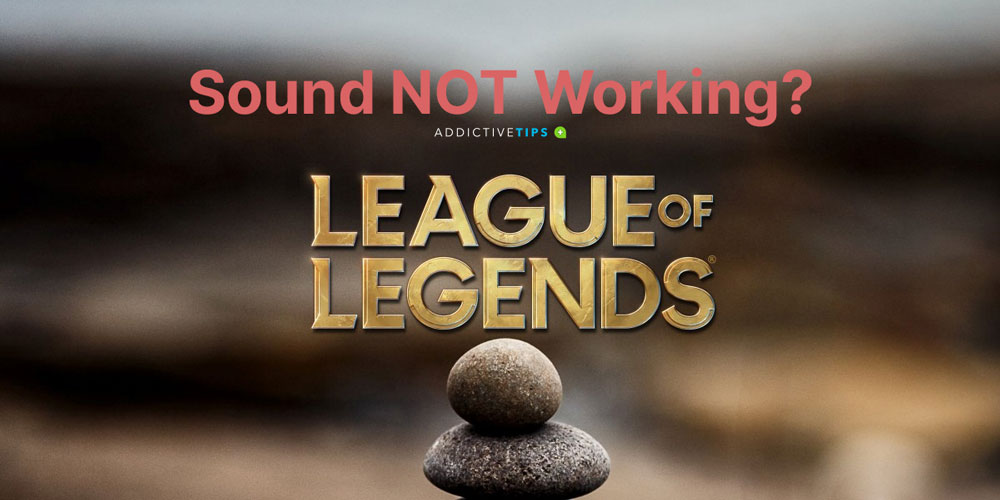 If you’ve suddenly lost sound when playing League of Legends, whether its the in-game sounds or chat sounds, make sure you first restart the game, and your PC before you try anything else.

If you’re getting no sound in the game but the sound works fine otherwise, check the Volume Mixer.

If you’re using a headset when playing League of Legends, it is possible you’ve turned the volume on it down. There’s no way to check for it other than to investigate your headset. If you see a wheel on it, scroll it to see if the sound starts working. 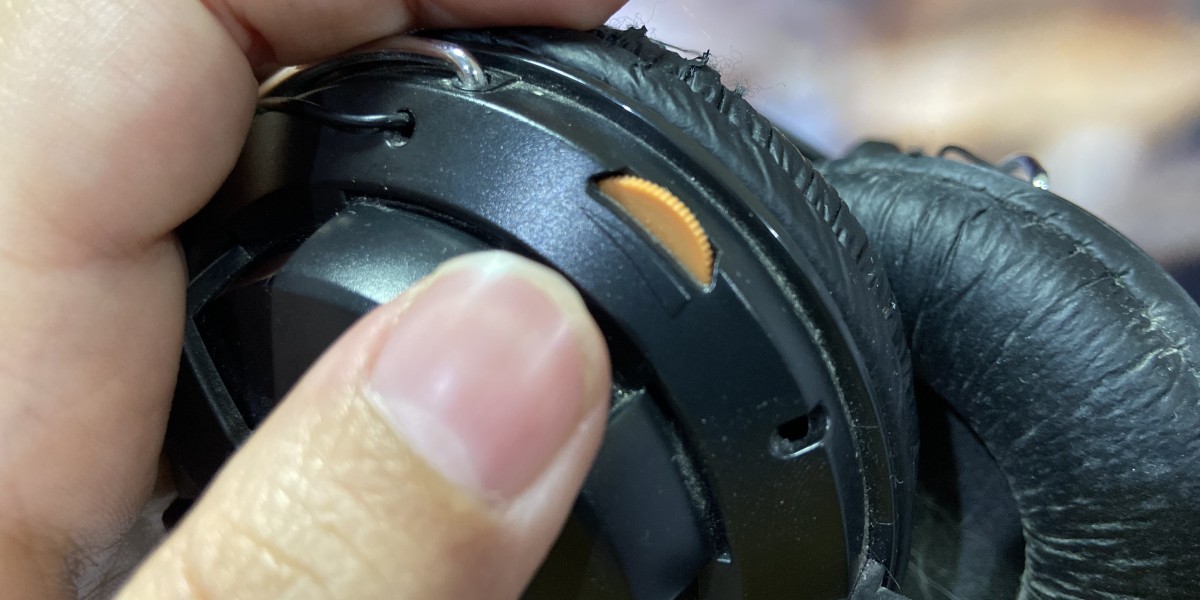 League of Legends has its own sound settings, as all games do. It has an option to turn all sound off, as well as to mute a particular sound in the game. 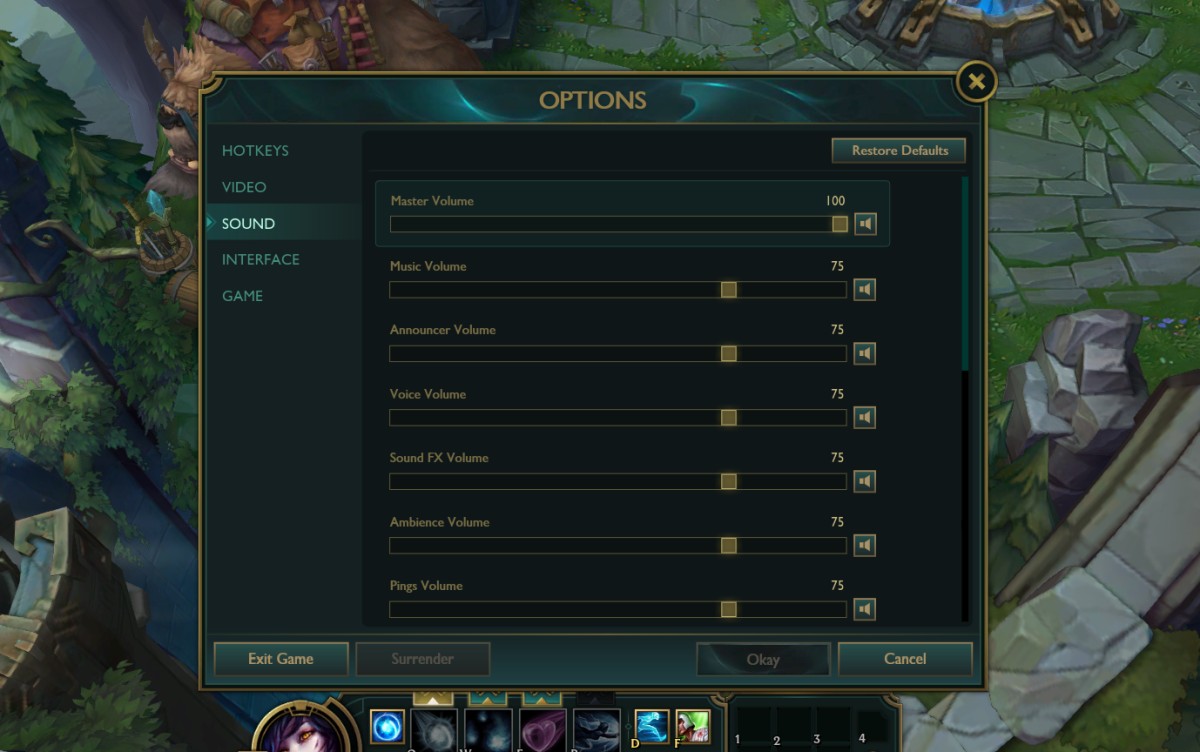 If you’re using a Logitech audio device, you might have a very specific problem. You need to change the sound settings for the device.

There are a lot of apps geared towards improving game performance; Nvidia has one and Logitech has one. Check its sound settings. It is possible that it’s taken over your sound controls. In that case, you need to access the sound settings for any such software that’s installed. View the audio device that it’s using and make sure it’s the correct one. Alternatively, disable it and restart League of Legends. The game itself may not play nice with software like this. 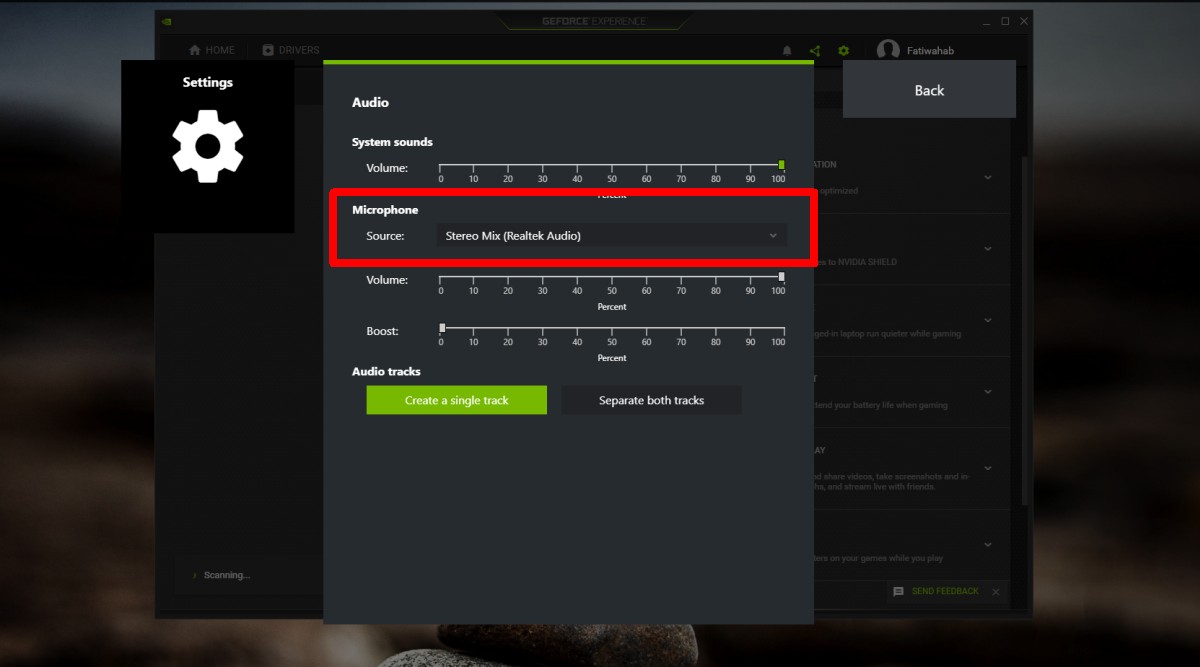 Sound problems, regardless of what they are, are often fixed by updating sound drivers.

Game files can be corrupted through no fault of the player. Sometimes, updating the game will fix it but if you’re running the latest version of League of Legends, you might have to reinstall the game. You will have to first uninstall it. 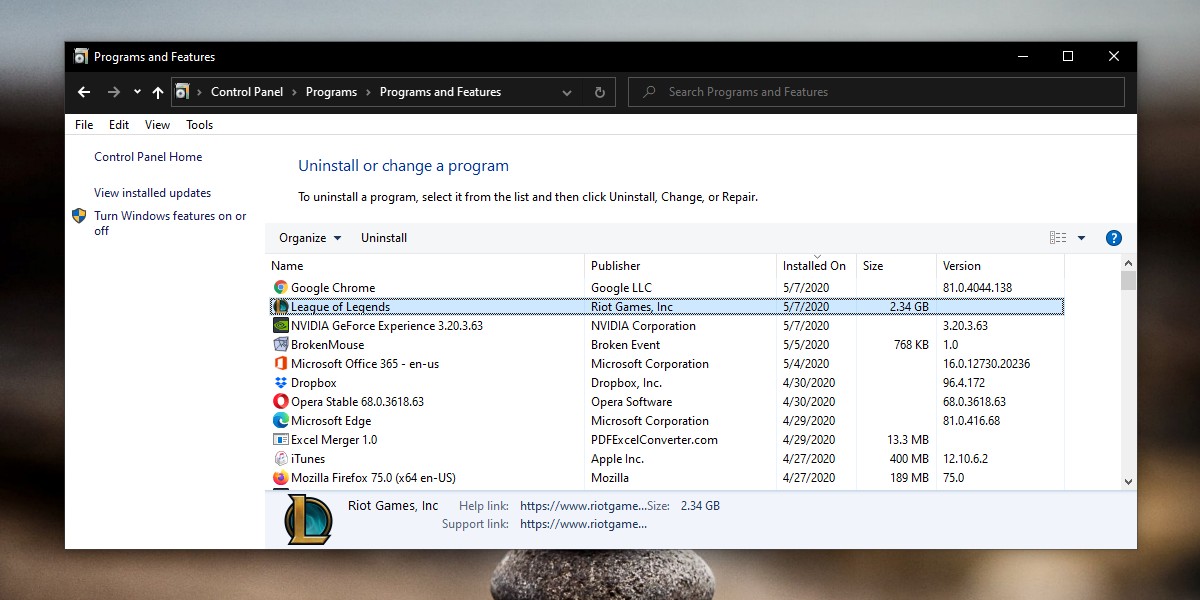 League of Legends runs smoothly on Windows 10. Problems on it are rare and when everything fails, a reinstall of the game will fix whatever is wrong with it. That said, if you’re having trouble with audio on your system, the game may not be at fault. Fix the sound problems for your PC before you dive into app or game-specific audio issues and you’ll have better success with the fix. It’s highly likely that once the sound problems on your system are resolved, the game’s own sound problems go away.

Previous How to check for Bluetooth 4.0 on Windows 10
Next How to manually switch to the GPU on macOS