Hands On With Microsoft Edge For iOS And Android

To be fair, this app is in beta. That’s why this is going to be a feature review, and not a performance review. The app crashed when we tried to sign in so it has its bugs and problems.

Microsoft Edge Preview supports a neat tabbed interface with incognito/private tabs. There’s a speed dial feature that most mobile browsers have and there’s a reading list much like the one you get on Microsoft Edge for Windows 10.

You can use Edge for iOS and Android without signing into your Live account, however, it’s better when you sign in. Also, Microsoft wants your browsing history but it’s asking this time instead of just taking it. 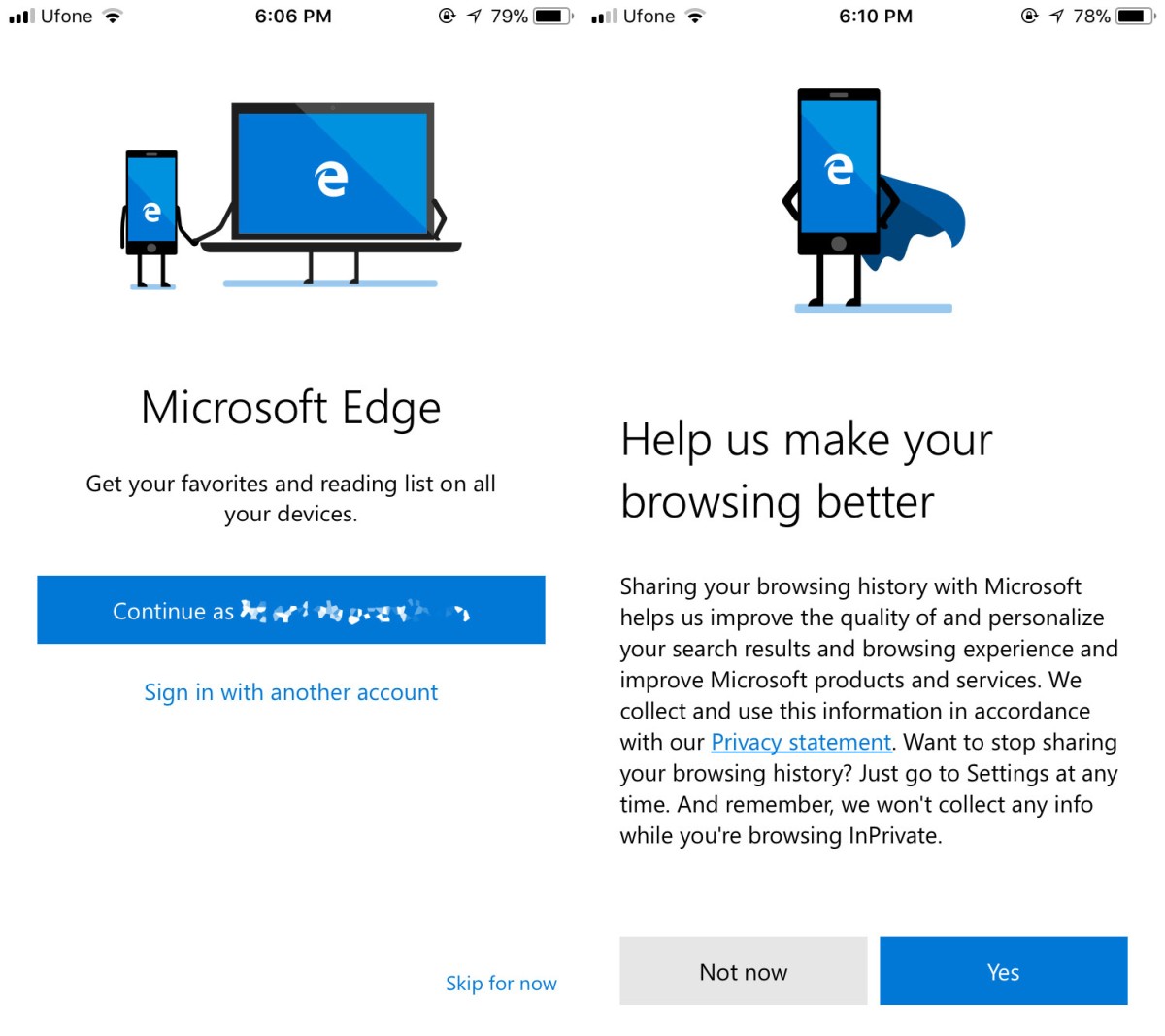 Edge for iOS and Android has a bar code and QR code scanner built in. To use it, tap the little minus icon next to the search field on a new tab page. 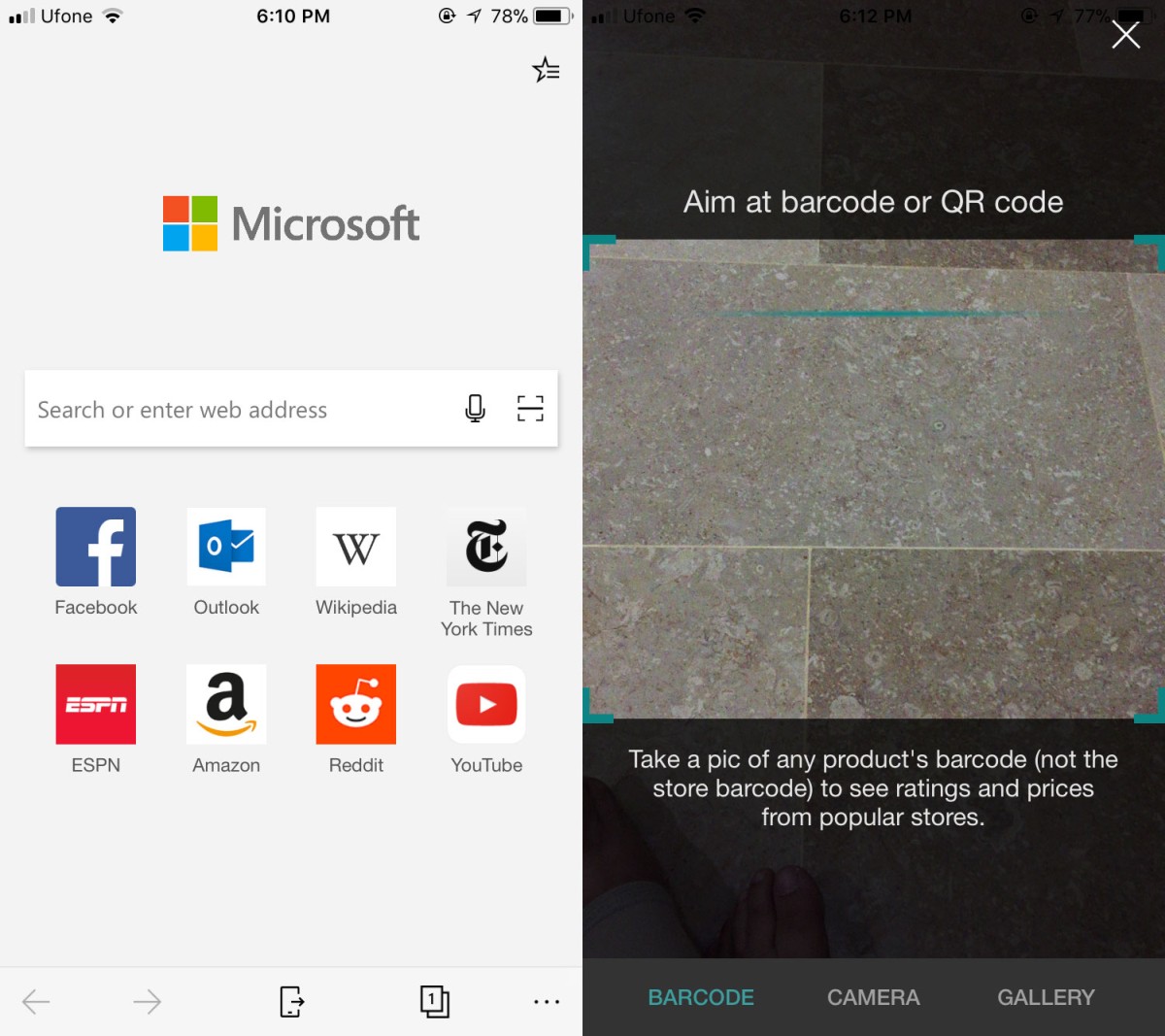 You can also conduct a reverse image search in Edge for iOS and Android. Tap the same minus button inside the search field on a new tab. Select ‘Camera’ or ‘Gallery’ to take/upload an image. Once the image uploads, the browser will search for it in the default search engine. 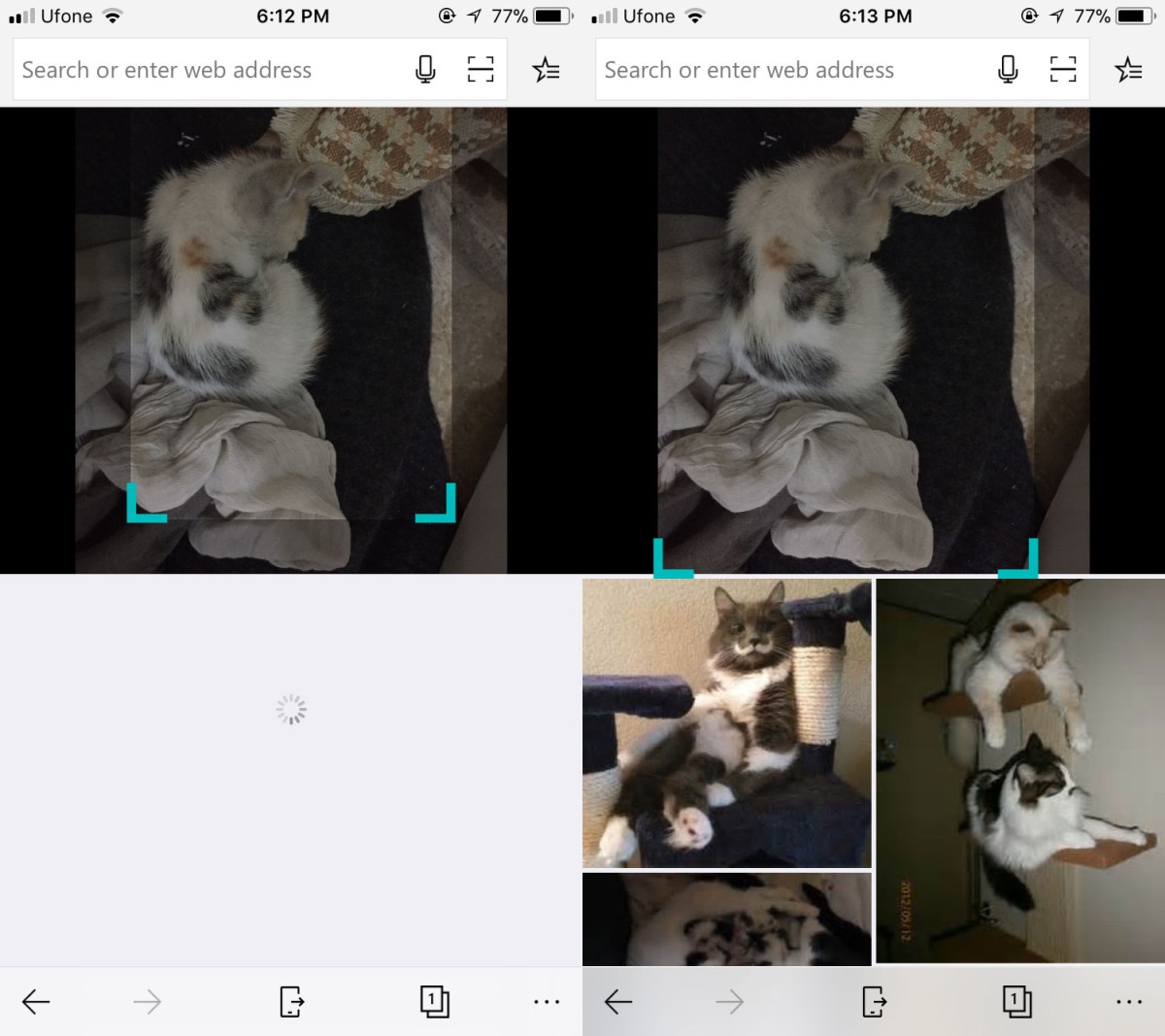 Bing is the default search engine in Edge for iOS and Android but thankfully, you can change it. 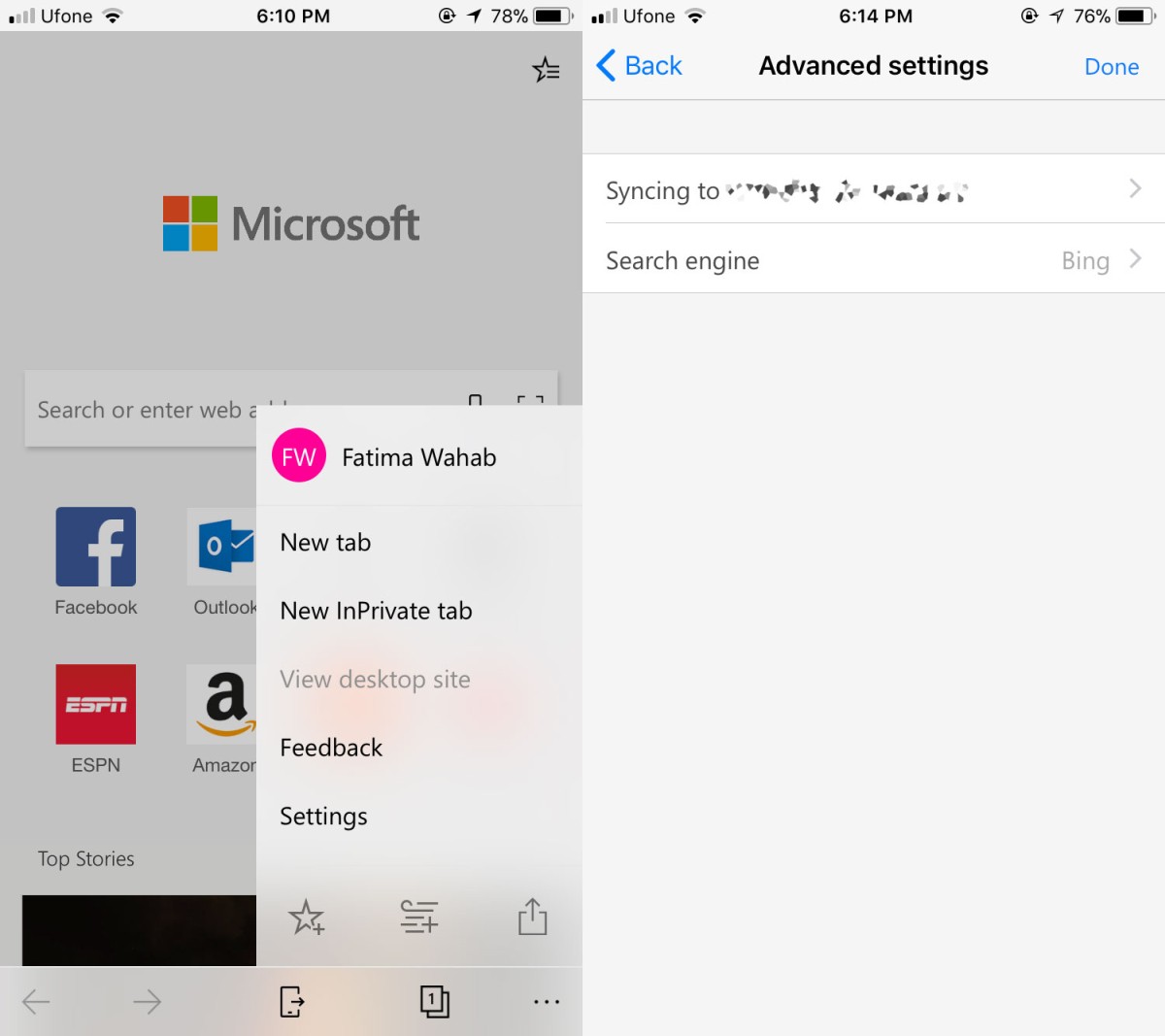 The options are hard-coded i.e. limited. You can set Google or Yahoo has your default search engine from the app’s settings. 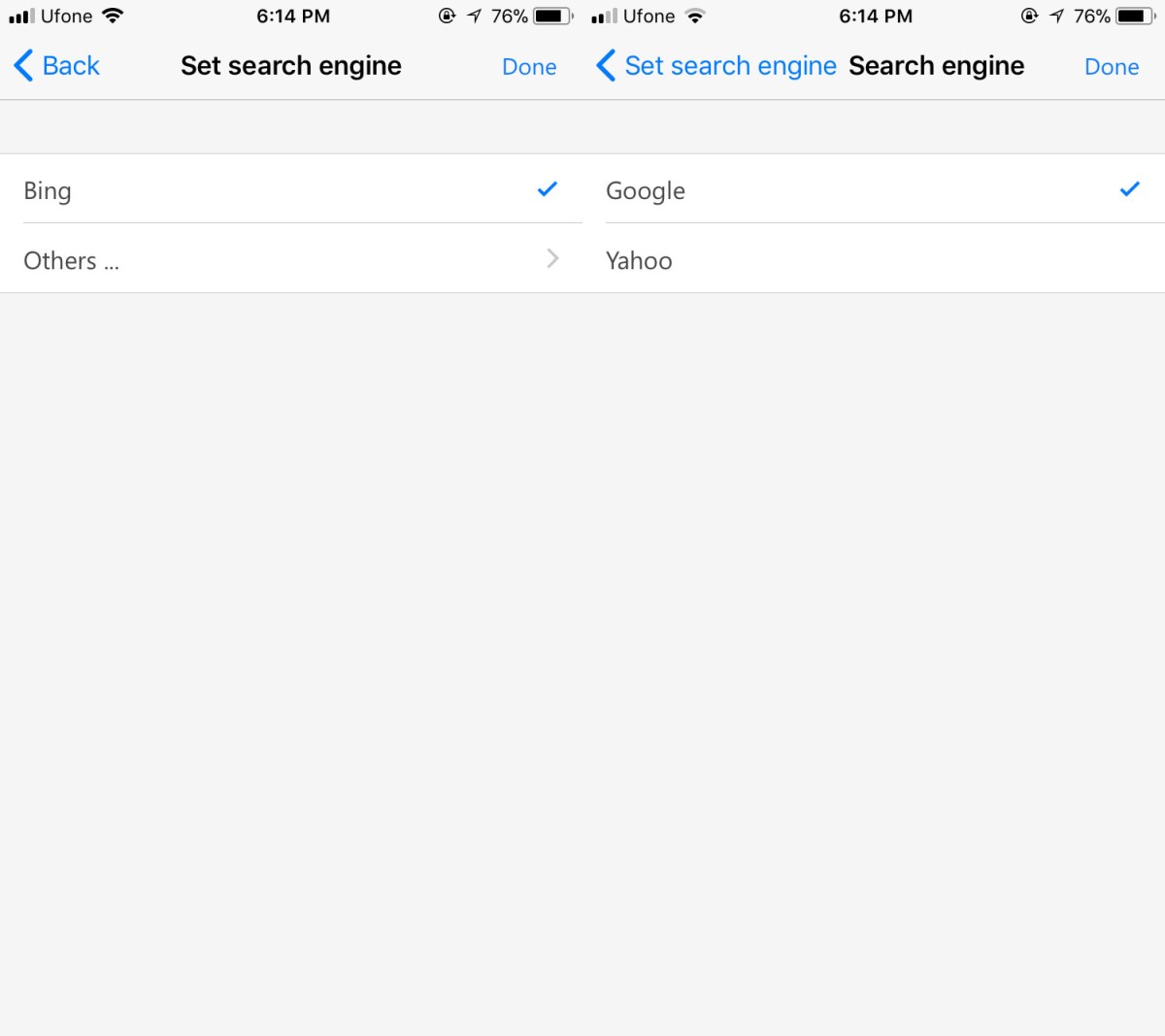 You can save links to your reading list in Edge for iOS and Android. Edge for Windows 10 has a neat library feature where books you download from the Windows Store are saved. For now, the library/ebooks feature isn’t live but it’s in the works. Your library will sync between your desktop and phone. 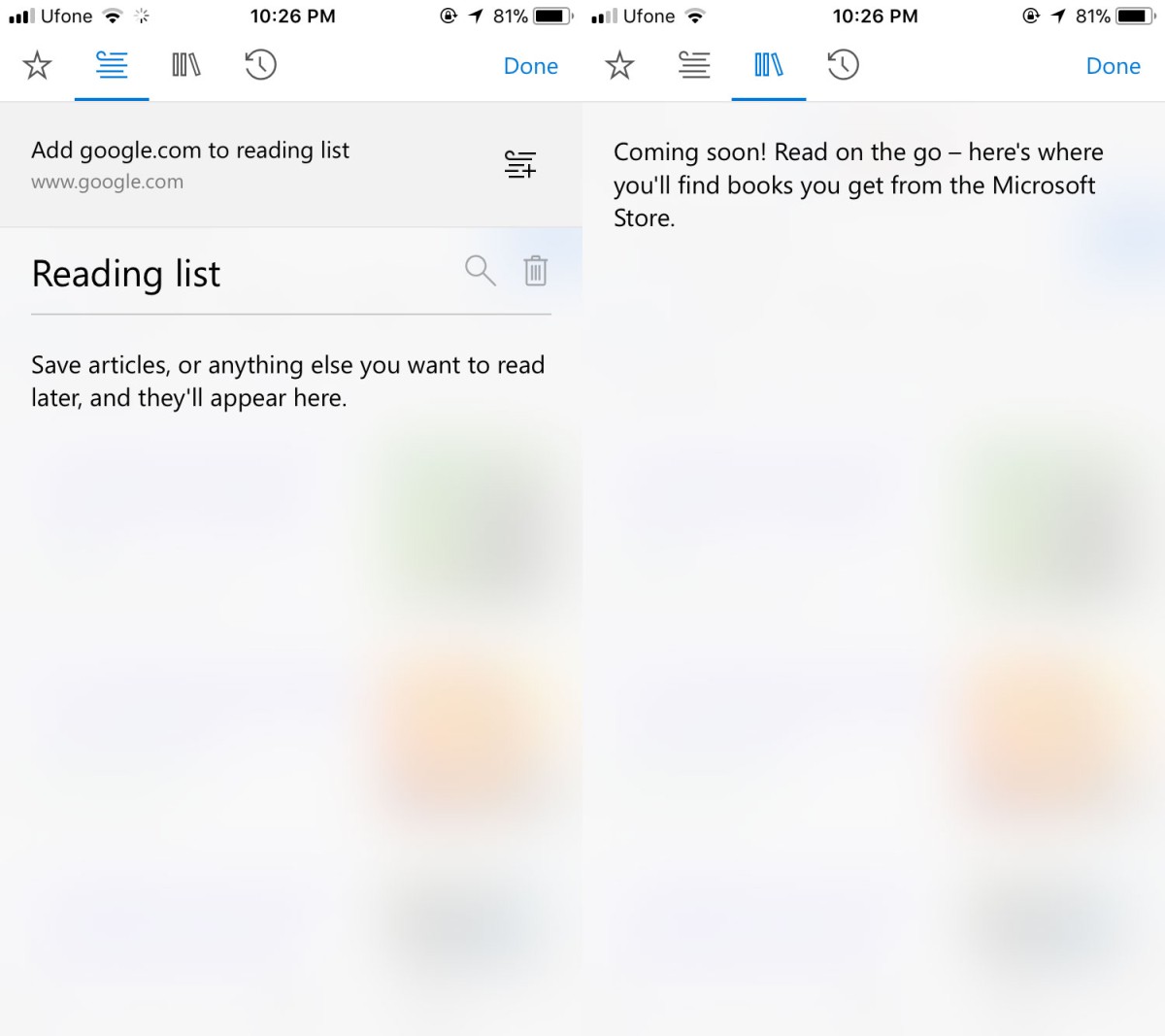 Send To PC And Action Center

One noteworthy feature in Edge for iOS and Android is that you can send links to your PC. You can push the link so that it opens in Edge, or you can send it to the Action Center as an alert. Tap the little phone icon at the bottom of the screen to use this feature. It’s one of those features that require you to use your Microsoft account on both your phone and your desktop. 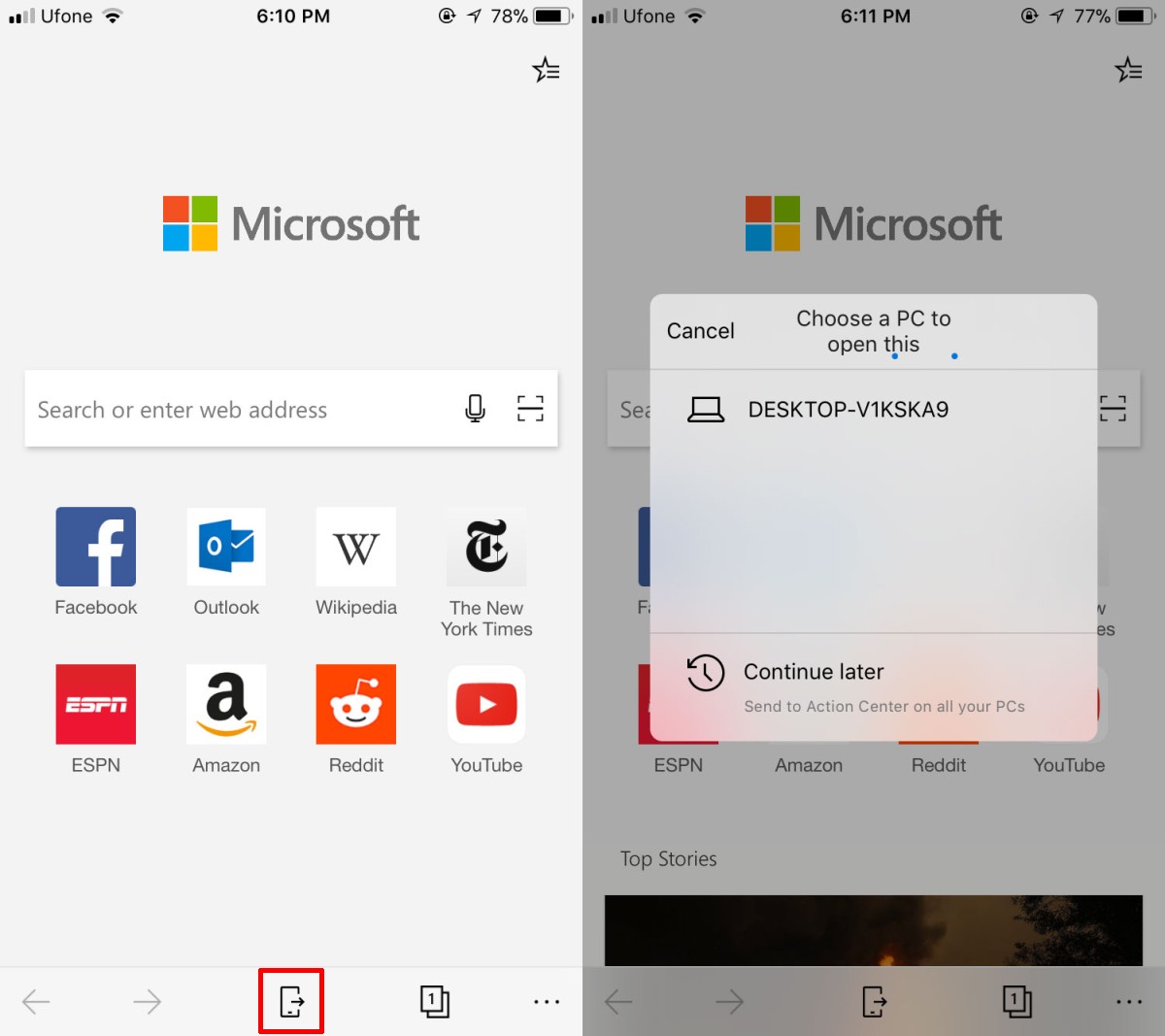 Microsoft Edge for iOS and Android has decent features but again, for a beta app, we’re not going to judge performance just yet. It worked well enough and it definitely has a few features that other browsers don’t. It looks promising but isn’t ready for stable release just yet. The UI is nice and intuitive.