How to discretely send NSFW images over iMessage on iOS

Social media apps like Facebook and Twitter have an option to automatically hide graphic content. Messaging apps rarely have anything like this and iOS’ Messages app is no exception. You can send images over it but they’re not hidden. If you’ve sent something that may not be appropriate for viewing in public, your recipient could probably do with a heads-up. Here’s how you can discretely send NSFW images over iMessage.

iMessages can be sent with special effects. This is a feature that was added a few years ago and while the effects are modest in number, they’re still good for sending more expressive messages. One of those effects is the ‘Invisible ink’ effect. This effect can be applied to both text messages and images and it essentially hides the message/image. The recipient needs to wipe over it to reveal it. If they happen to be sitting next to someone, the image won’t be revealed the second your message is opened.

To send a message/image with the invisible effect, open the Messages app and select the image you want to send. Instead of tapping the send button, press and hold on it. You will see the following screen. Select Invisible Ink and you will get a preview of what the image will look like once it’s been sent. Tap the send button on this screen. 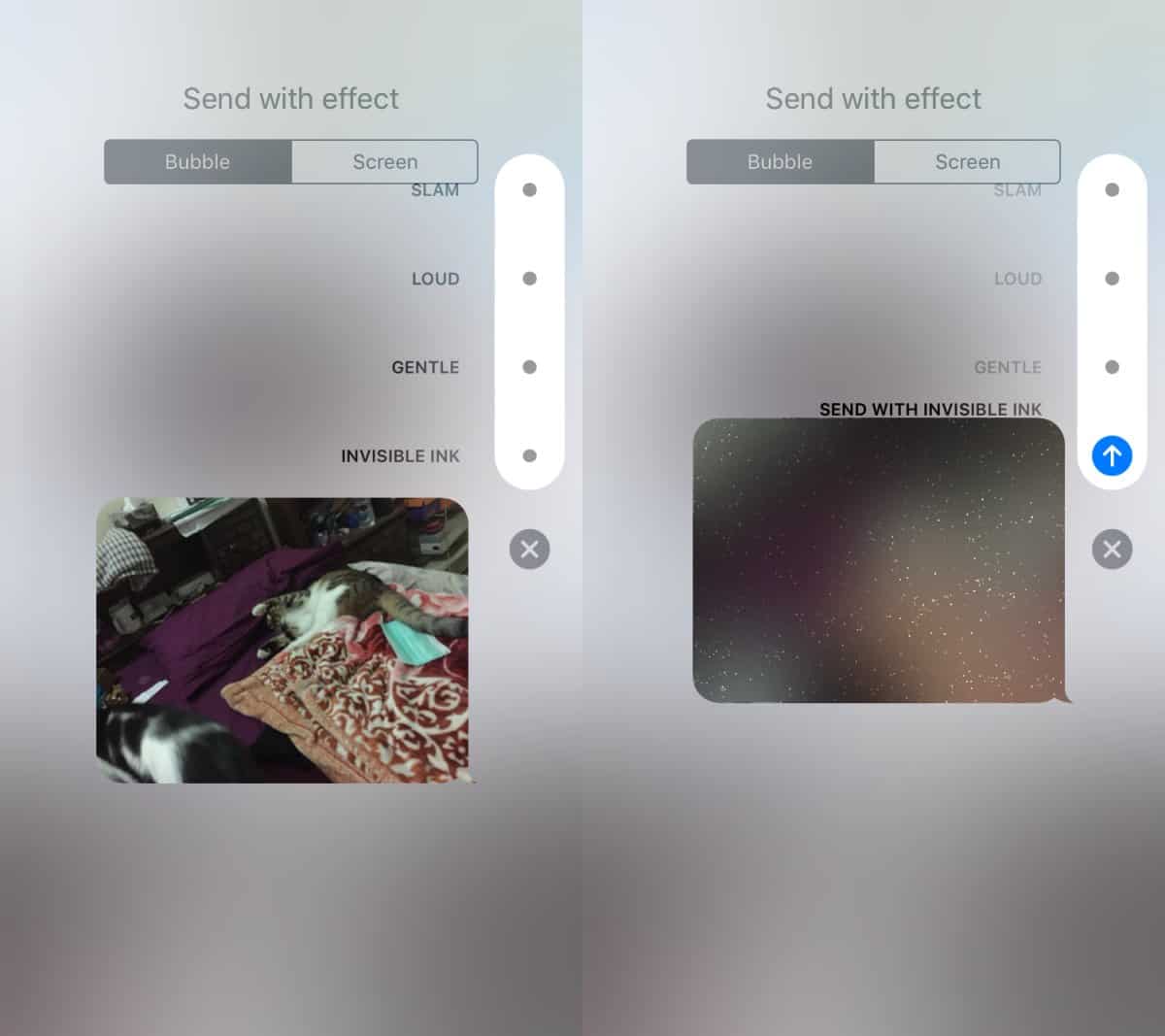 When the message/image is sent, it is hidden for both you and the recipient. Swiping over it will reveal the image but, when you navigate away from the thread and return to it, the image will be hidden again. 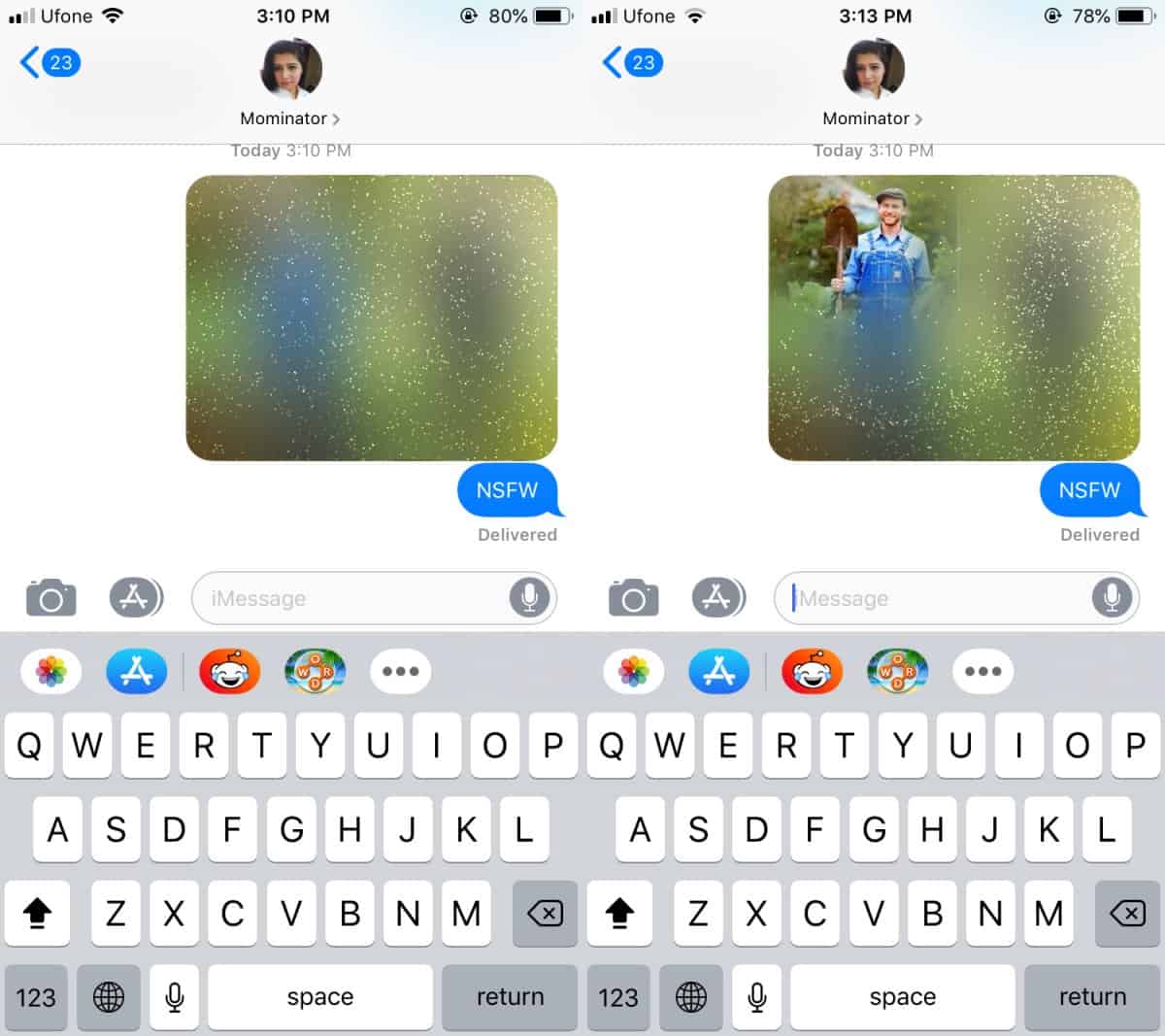 The only shortcoming here is that it only applies to iMessages and this of course only works in the Messages app on iOS.

iMessage effects are supposed to be ‘fun’ so this is likely an unintended benefit that comes with them. If it were actually marketed as such, it’s likely that other messaging apps would have introduced something similar. Messaging apps generally have features for sending secret messages or self-destructing messages but there’s no way to give users a heads up that a message should be read a little more discretely.

Social media apps generally have this feature to protect users who may see graphic content when they do not want to or when they least expect to. Messaging apps don’t have the same problem but they’d still benefit from a way to hide certain messages when they are sent.