How to enable the Lights Out dark mode on Twitter

Twitter has a dark theme that you can enable on its smartphone apps and on the web version. This dark theme is called night mode and is meant to make using Twitter at night easier on the eyes. Night mode, in fact most dark themes, don’t use black. Instead, they use dark greys and for the most part, it does the job. If you wanted an even darker, theme on Twitter, and you use an iOS device, you’re in luck. There’s a new lights out dark mode on Twitter for iOS that you can enable if the Night Mode isn’t good enough. This new dark mode was added via a recent app update and this update also lets you schedule when Night mode is turned on/off.

Make sure you’re running the latest version of the Twitter app. Open the app and swipe right. At the bottom left of the navigation drawer, you will see a light bulb icon. Tap, and hold on it.

When you tap and hold on the bulb icon, a menu will open. Turn on Dark Mode in this menu, and select the ‘Lights out’ option. Night Mode now has two versions; the Dim version which was the original night mode/dark mode, and the Lights out version which is the new, blacker version. 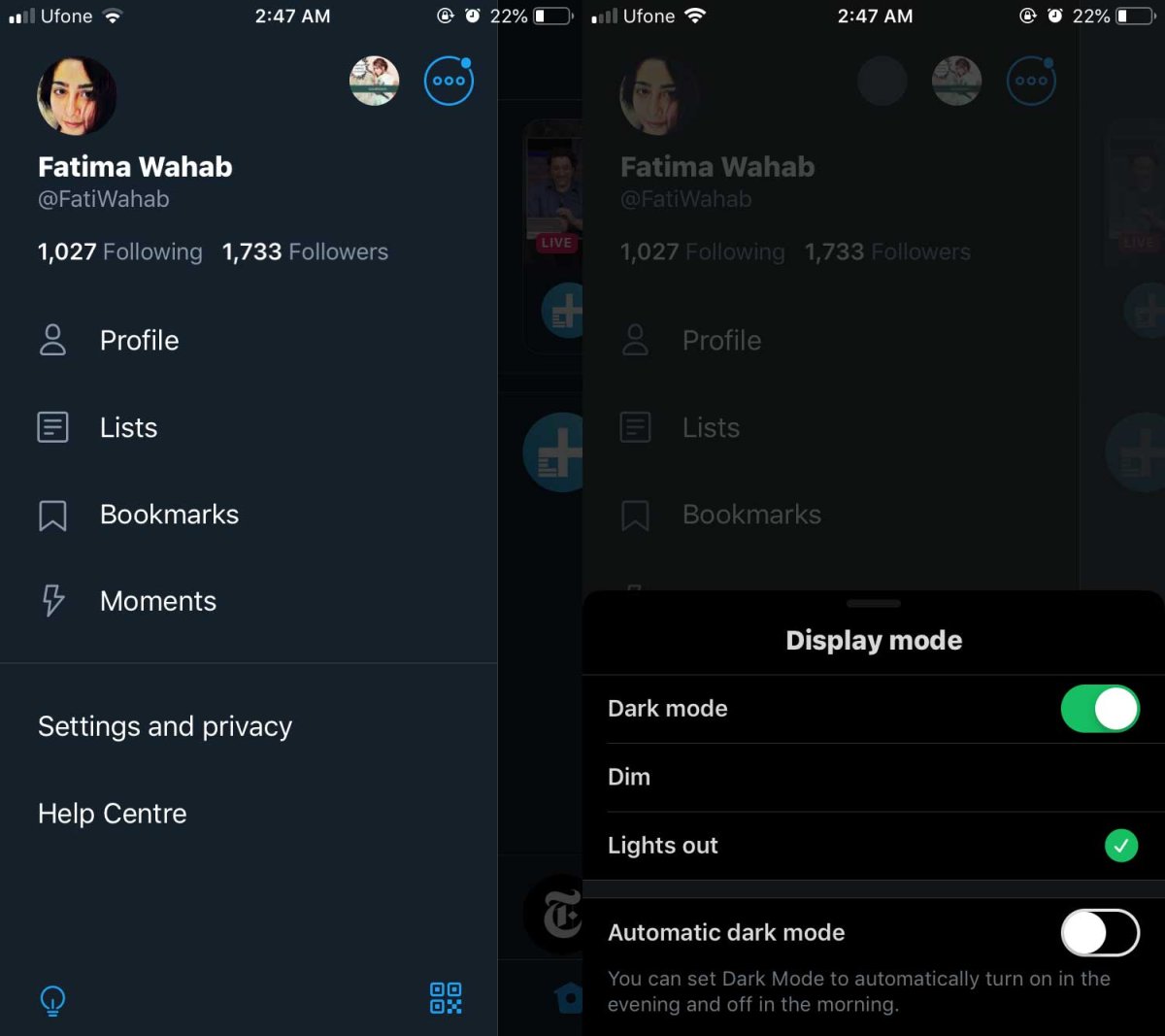 If you want to try the new dark mode scheduling feature, you can enable that as well from this same panel.

The original dark mode on Twitter didn’t go with grey. Instead, it went with dark blue which made the blue Twitter logo stand out but also made browsing easier on the eyes. Lights Out is a mix of grey and black. You will still see a bit of blue but it’s reserved for highlighting when you have new notifications, and which tab you’re currently on. The buttons are mostly in blue but the text is white on black.

The change, with respect to which mode is easier on the eyes, is minimal. This new mode is for iPhones with an AMOLED screen. The black will not only look better on these devices but will also help save battery. The lights out mode will be available on Android soon, and eventually on the web version. There are quite a few popular Android phones with AMOLED displays so it won’t be long until this same feature arrives on Twitter for Android. As for the web version, it could take a while for lights out to be rolled out to it.