How To Get The Nun Snapchat Lens

The Walking Dead and Game of Thrones are two exceptionally popular TV shows that have used Snapchat lenses to promote an upcoming season in their respective series. They’ve both had lenses go viral and the latest company that’s getting into Snapchat lenses is Warner Brothers. They’ve introduced a Nun Snapchat lens for the the upcoming movie The Nun set in the Conjuring universe. Here’s how you can enable it.

We should mention right off the bat that this lens is geo-restricted i.e., it is available only in select countries. There’s no list of available countries that you can check but it appears to be narrow and for some, its release might also be timed to match the release of the movie in a particular country. You can always use a VPN for Snapchat to fake your location and access the Nun Snapchat lens.

To access the Nun Snapchat lens, you need to scan the Snapcode in the image below (via). You can open Snapchat and point the camera towards the image, and take a photo. This ought to enable the lens if it is available in your country. If it isn’t, it will simply open a link to the movie’s page. 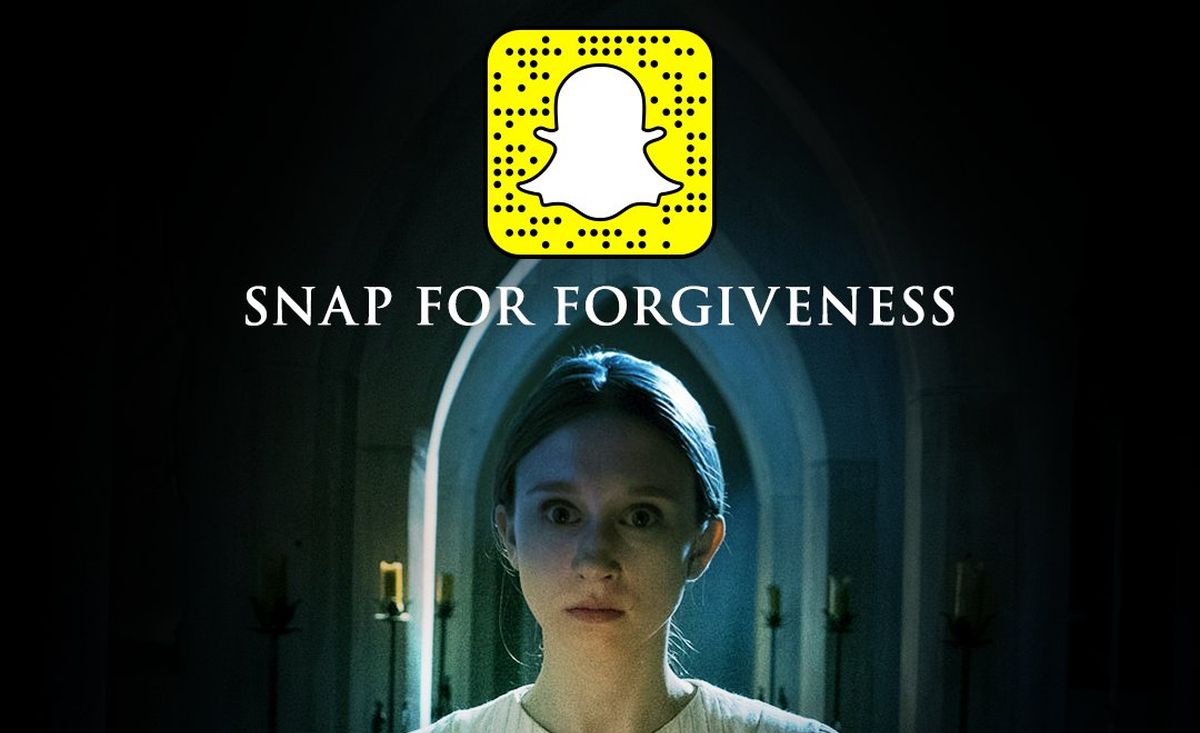 If you can’t snap the code from the image above, you can instead just save it. Once saved, open Snapchat and tap your profile icon at the top left. On your Profile screen, tap Add Friends. On the Add Friends screen, go to the Snapcode tab and select the saved image from your camera roll.

As with any Snapchat lens, this one will eventually expire. Since this is meant to promote a movie, it will likely expire sooner than other lenses.

The lens works with the front camera and features you holding the iconic candle in a candle-stand featured in the movie’s poster. You can blow the candle out and the Nun appears behind you. You can check out user uploaded videos by searching for #theNun on Twitter. Twitter also has a little emoji to commemorate the movie and it shows up if you use the hashtag #theNun.

There was a slightly less amusing ad for the Nun that was rolled out on YouTube. It was basically the Nun screaming at you except users never saw the ad coming. It was one of those ads that play in the middle of a video (that’s a thing on YouTube) and is basically a jumpscare ad. Not a lot of people were happy about it and we don’t know if it’s still showing up but the movie is out so it might have been retired.