How To Loop Videos With Bounce On Snapchat

Snapchat lets you share both images and videos. It has special lenses that work only with videos i.e., the animated ones and it has a neat loop feature that will automatically play your video on repeat. In a recent update, Snapchat has added a new loop feature that allows users to loop only a portion of the video they’ve recorded. It’s called Bounce. Here’s how you use Bounce on Snapchat.

Update the Snapchat app on your phone to the latest version. Once you’ve done that, open the app and record a video. Apply a lens, or filter, whatever you want. Once you’re done, tap the loop button on the editing screen twice. It’s the one with two arrows at the very bottom of the toolbar on the right.

When you tap the loop button, a Bounce slider will appear on the screen. Drag it across the screen to select which part of the video you want to loop to. 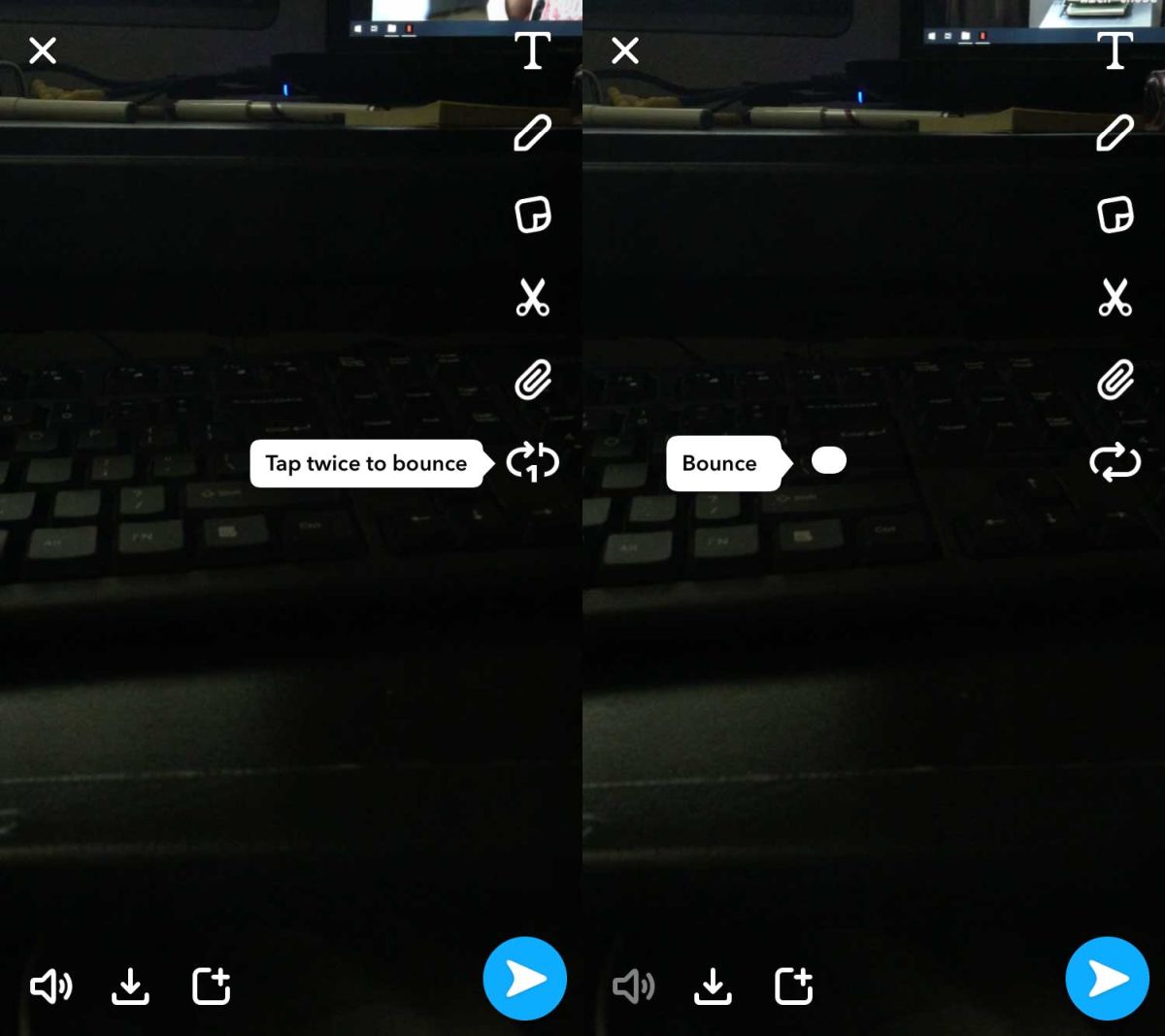 Bounce is different from normal loop because it focuses on a specific part of the video. If you’ve recorded a full video but only a part of it is good, or you want to highlight it, the bounce loop is a good way to do it.

This is a new feature for Snapchat but it might have been borrowed from Instagram. Instagram has a feature called ‘Boomerang’ which is basically a part of a video being looped. Instagram has been ripping off features from Instagram for quite a while so there’s a bit of irony here. Snapchat may not have ‘ripped it off’, considering the app is normally ahead of other apps in terms of creative features. It may just have improved on the loop feature it originally had.

Bounce is actually better than Boomerang. Boomerang exists as a separate app. You have to record videos in Boomerang and then export them to Instagram. The feature isn’t native to the Instagram app which is probably why it isn’t used as much. Bounce is easier to use, and to discover for the average user i.e., someone who doesn’t use it as an advertising platform.

Videos that are shared with the Bounce loop won’t indicate what sort of loop has been used. Anyone watching the video may be able to guess that you’ve used Bounce but there won’t be any other indications to the fact. Once you loop a video with Bounce, anyone viewing it will not be able to watch the part that has been left out of the loop.