How To Request The Mobile Site In Chrome Mobile

Mobile websites are websites that are optimized for viewing on a mobile device. Some websites optimize only the look while others will also serve up special content that isn’t data heavy. A good mobile site is one that can give you access to everything the desktop site can but the mobile platform still has its limitations. It isn’t always possible for websites to provide the same experience to its mobile audience. If you use Chrome on your phone, you can get around this by requesting the desktop site. Chrome will show you the desktop site instead of the mobile one which it defaults too. Unfortunately on iOS, there’s no way to request the mobile site in Chrome once you switch to the desktop version, that is, until now.

Chrome for iOS has just been updated with an option to request the mobile site once you switch to the desktop version. Android has had this option for ages but we’re going to show you how it works on both platforms.

Update Chrome for iOS to its latest version. This feature was added in version 60.0.3112.72. Tap the overflow button at the top right and from the menu, select ‘Request desktop site’. Once you switch to the desktop site, tap the overflow button again. You will see a ‘Request mobile site’ option in the menu. Tap it to switch to back the mobile site. 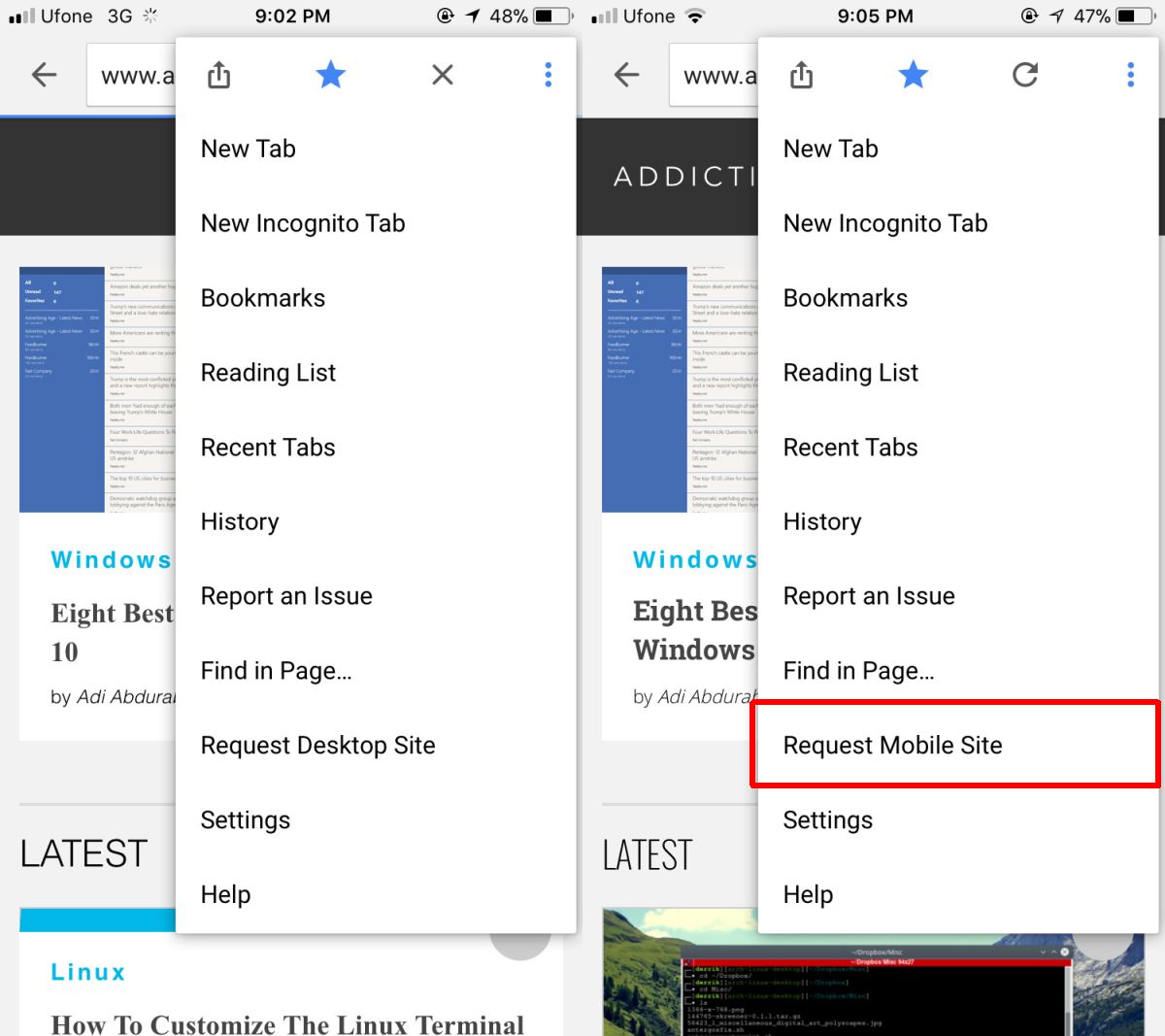 On older versions of Chrome for iOS, once you switched to the desktop version, the ‘Request Desktop Site’ option would be greyed out. You normally had to close the tab and open the website in a new tab to get the mobile site again. Remember that if a website doesn’t have mobile version, you cannot use this option to force the website to show you one. 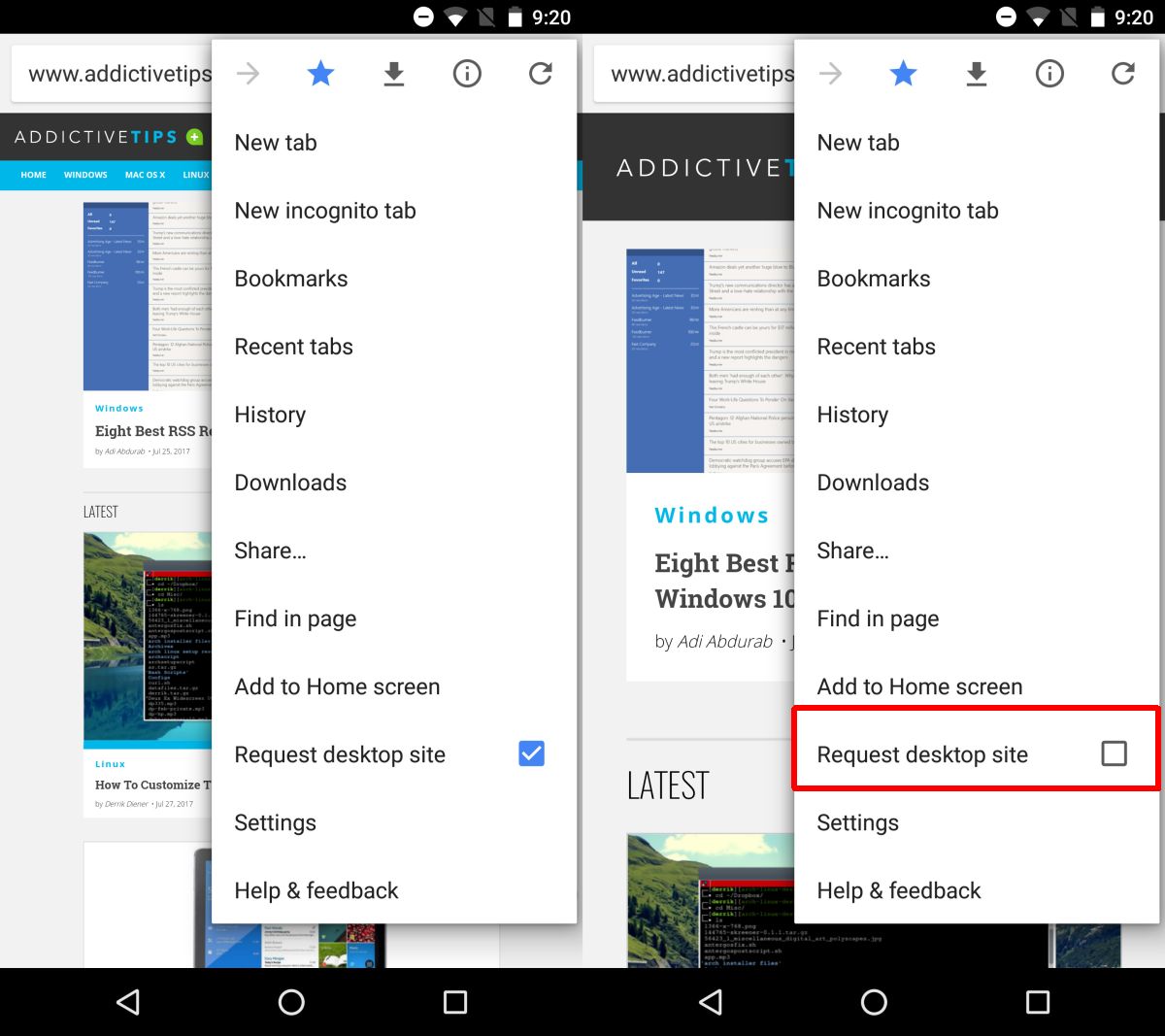