How to rotate videos on iOS

You can rotate photos pretty easily on a basic image editing app. This holds true for both desktops and smartphones. The basic photos app on both Android and iOS can rotate photos however, the same feature isn’t available if you’re dealing with videos. If you want to rotate videos on iOS, you need to install a free, ad-supported app called Video Tools: Reverse Crop Edit.

Tap the more options button at the bottom. 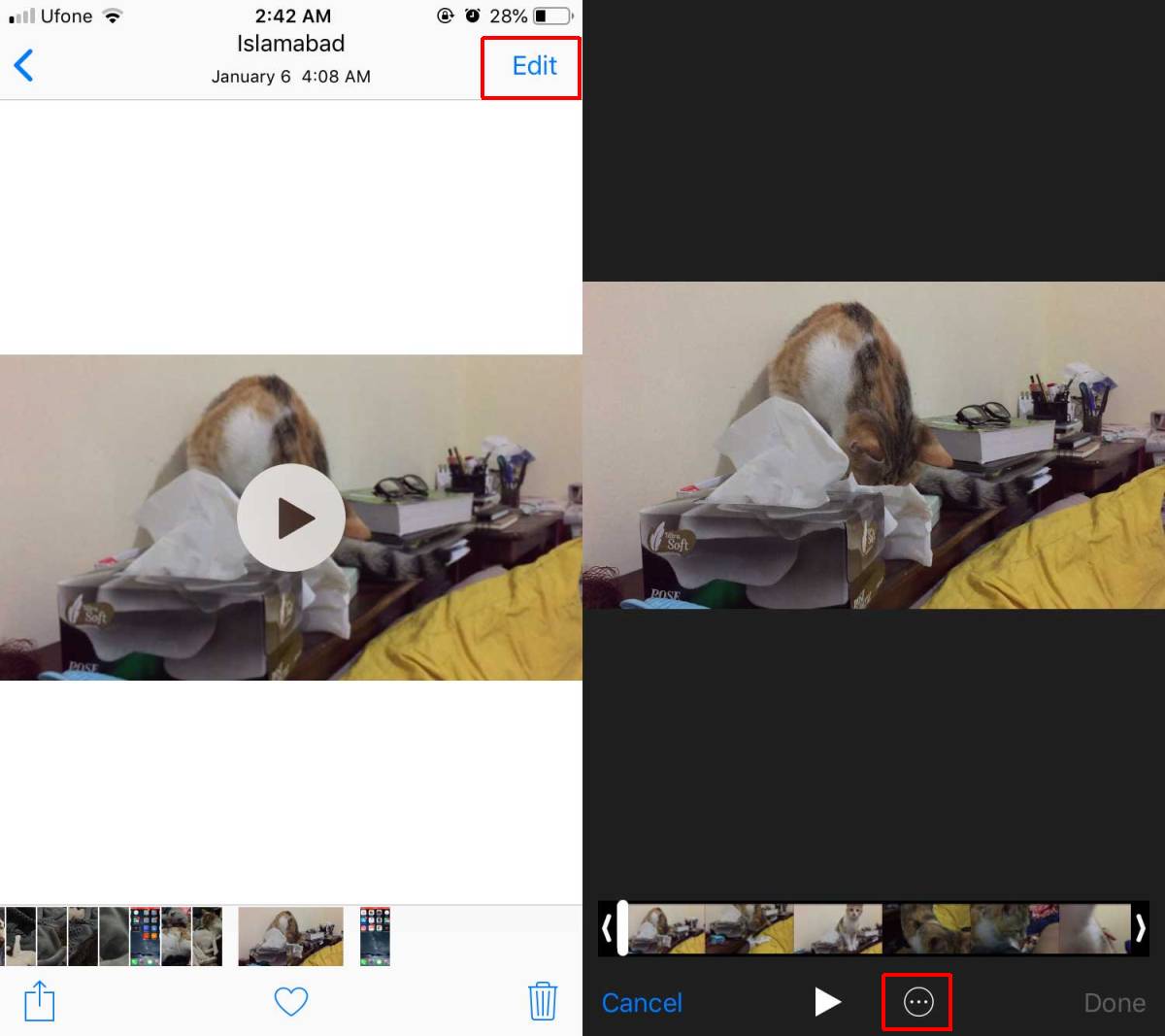 From the menu that opens, select the Video Tools: Reverse Crop Edit app. If you don’t see the app, tap More and enable it from the list of apps. Return to the menu and select the app once it appears.

The video will open in Video Tools: Reverse Crop Edit. It has a few different editing options. Tap the Rotate button to rotate it however you want.

Before you tap Done, you should know that the app will overwrite the original video. It won’t add a watermark or downgrade the quality but if you would nevertheless like to keep the original untouched, make a copy of it first in the Photos app. Tap Done and the rotated video will be saved. 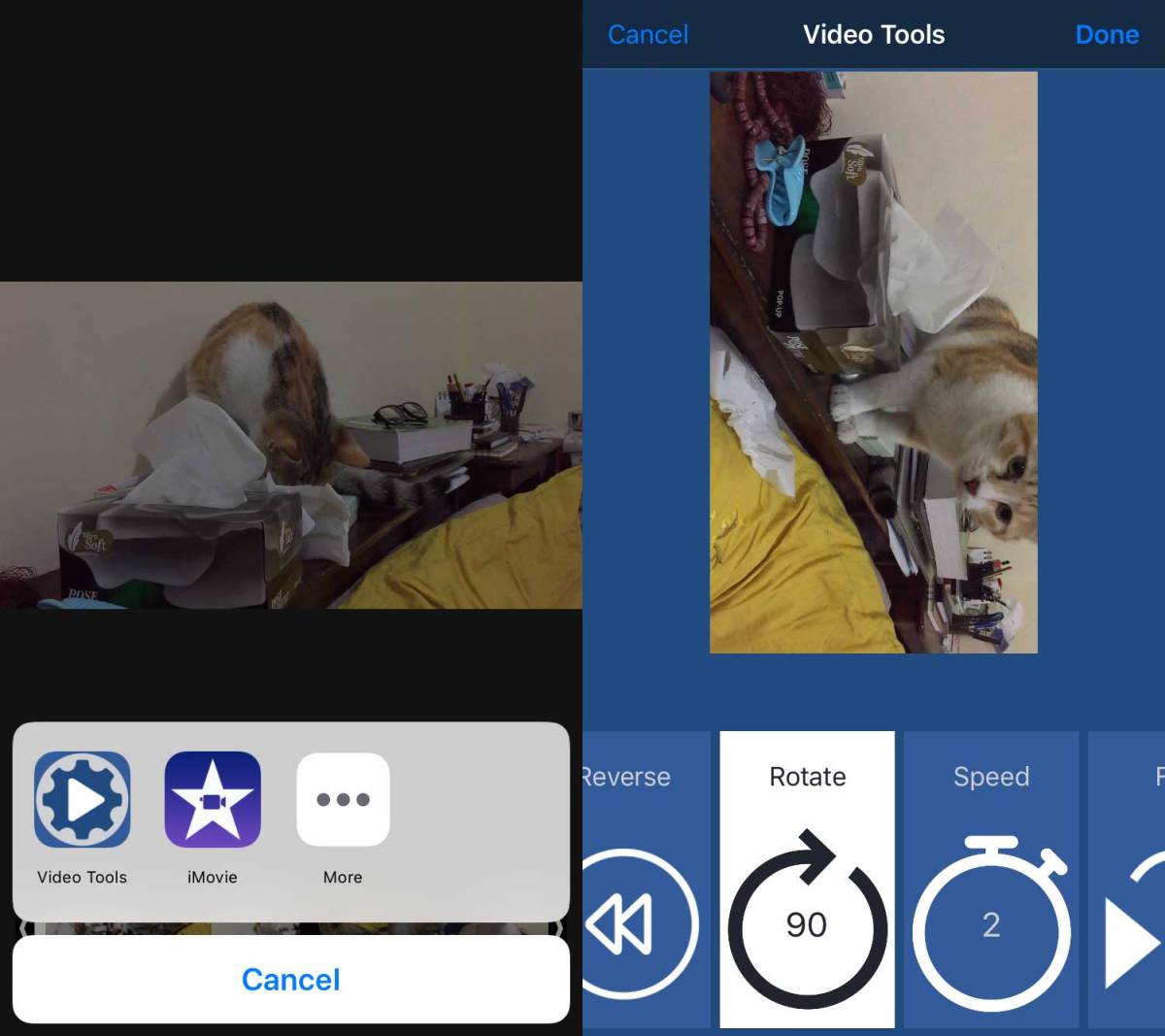 Video Tools: Reverse Crop Edit has ads that you can remove with an in-app purchase.