How To Turn Off Auto Playing Videos On LinkedIn

For some reason, almost every social media app has decided auto playing videos is a great feature. The latest entry in this foray is LinkedIn, the supposedly professional networking app that now automatically plays videos in your feed. Surprisingly, the videos don’t auto-play if you’re on LinkedIn for web. It appears to be, for now, a plague on smartphone users. What’s worst is that while auto-playing videos rolled out a month ago for everyone, the option to turn off auto playing videos on LinkedIn is being rolled out slowly.

Your LinkedIn app on both iOS and Android has a dedicated setting to turn off auto playing videos on LinkedIn however, that screen might just be blank. This is because the screen won’t show you any options until you receive an app update. Make sure you’re running the latest version. To check if you have the right version, go to your Home screen and look at the status bar. If you see a video recorder icon in the status bar, you will be able to turn off auto playing videos on LinkedIn. If not, you’re in for a bit of a wait.

Open the LinkedIn app on your phone. Tap your profile picture at the top to go to your settings. 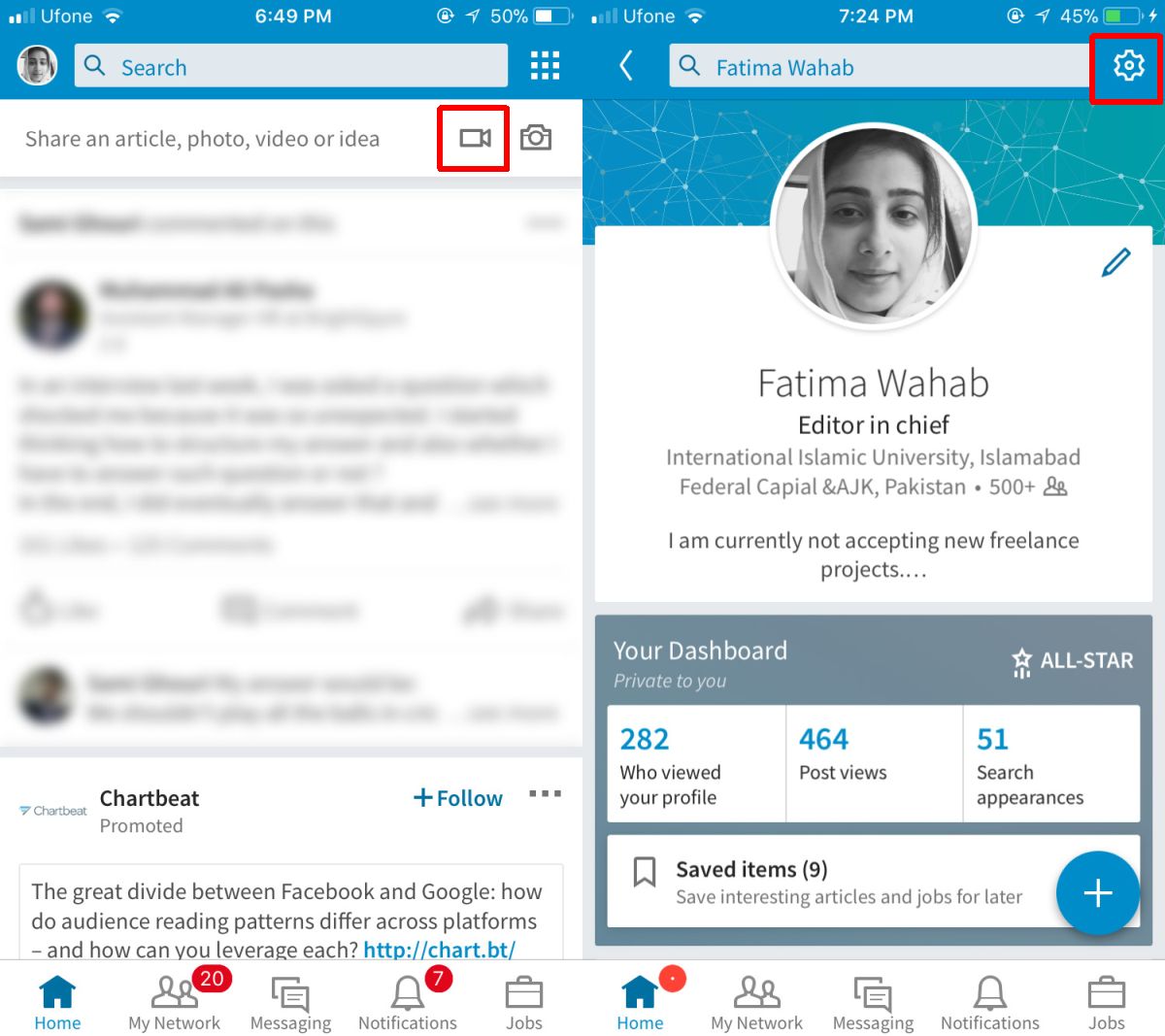 Here, look for the ‘Video Autoplay’ option and tap it. It takes a few seconds to load but once it does you have the usual options; Never Autoplay Videos, Wi-Fi Connections Only, and On Mobile Data and Wi-Fi Connections.

The first option is what you should select to stop the videos from automatically playing ever. Select ‘Wi-Fi Connections Only’ if you just want to save your mobile data plan. 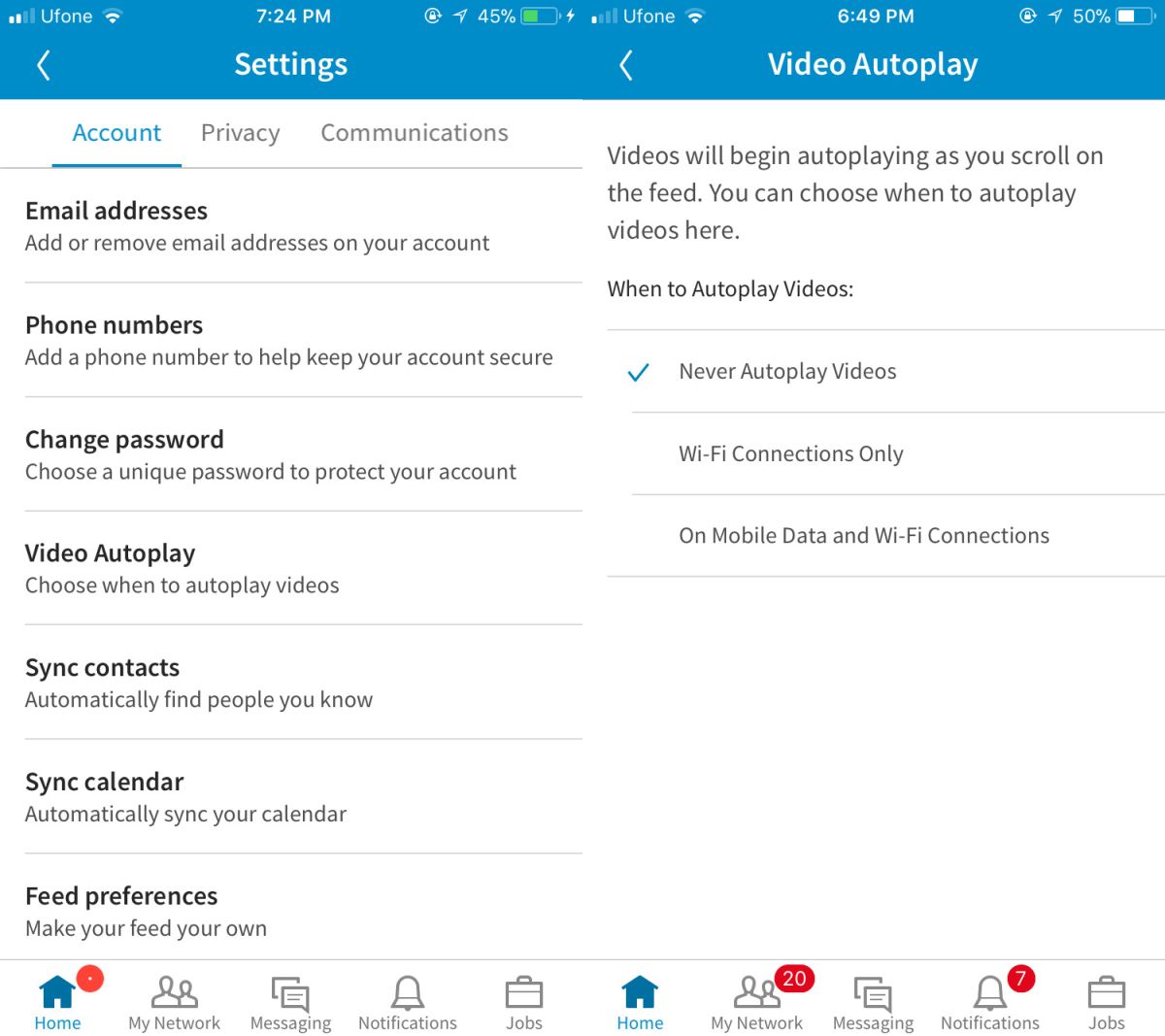 Turn Off Autoplay On LinkedIn Web

Videos don’t play automatically on web interface. They even appear less often in your feed compared to the feed you see on your smartphone. For now, the settings page on LinkedIn web doesn’t even have a video option. In fact, you cannot share videos from your desktop. This is, for now, only a mobile feature though LinkedIn will probably expand it in the future to include desktops.

Of all the useful features LinkedIn could add to its mobile apps, it choose to go with videos. It also choose to autoplay those videos and neither of those two things makes any sense. The platform wasn’t in need of  video sharing. It’s a network that’s already choking on the number of terrible motivational images that are shared everyday and now they’ve gone and added videos to the mix.