How To Turn Off Suggestions On Chrome New Tab Page

Chrome for iOS and Android features suggested content on the new tab page. It appears below the speed dial and offers articles that might be of interest to you. It goes without saying that browsers that try to wade into the field of suggested content this way aren’t exactly well received. The good news is, you can turn off suggestions on the Chrome new tab page. 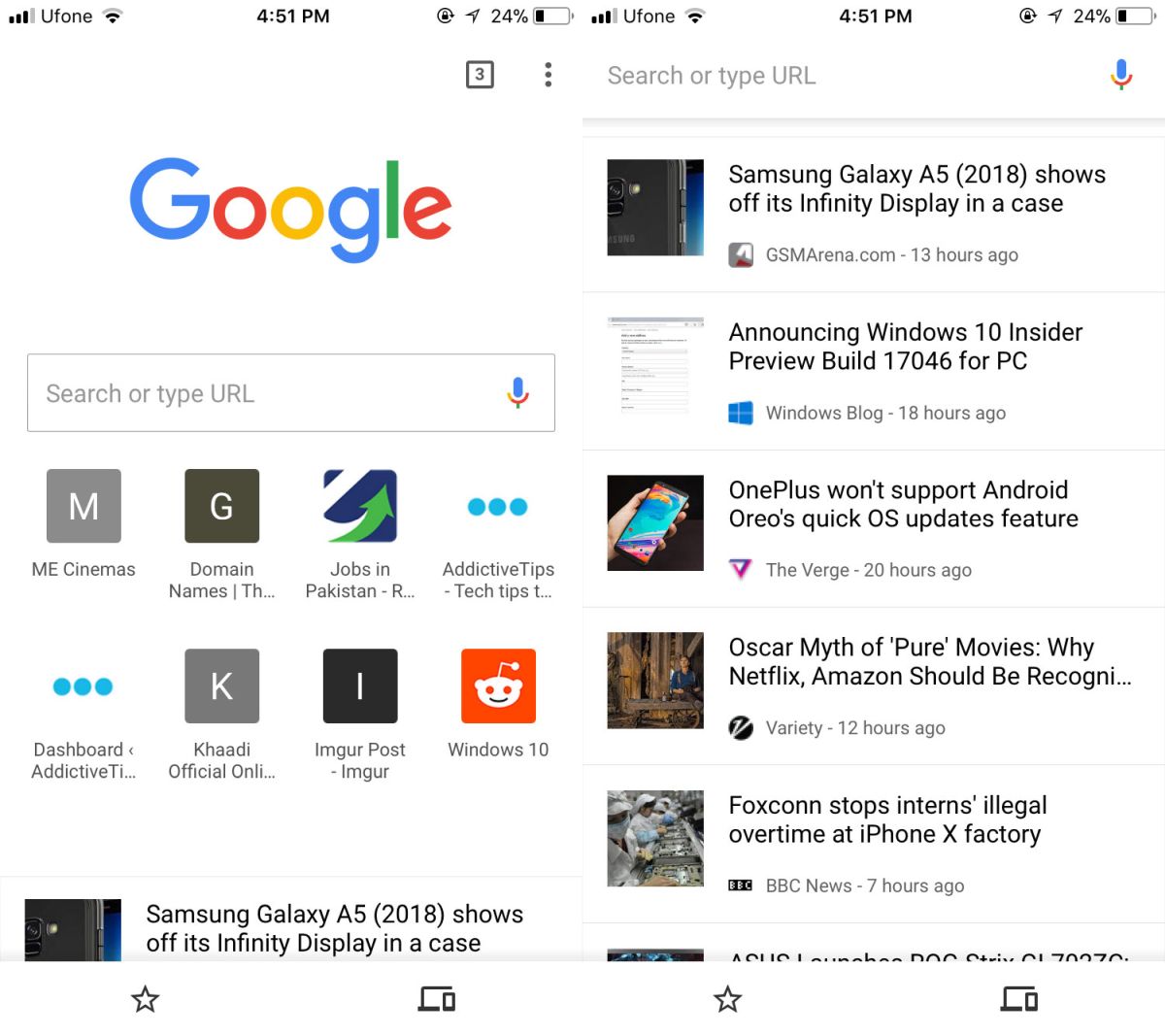 Open the Chrome app on your iPhone or iPad. Tap the more options button i.e. the three dots at the top right and select Settings from the menu.

Go to Privacy and turn off the “Search and site suggestions’ switch, and the suggested content from the new tab page will be gone. 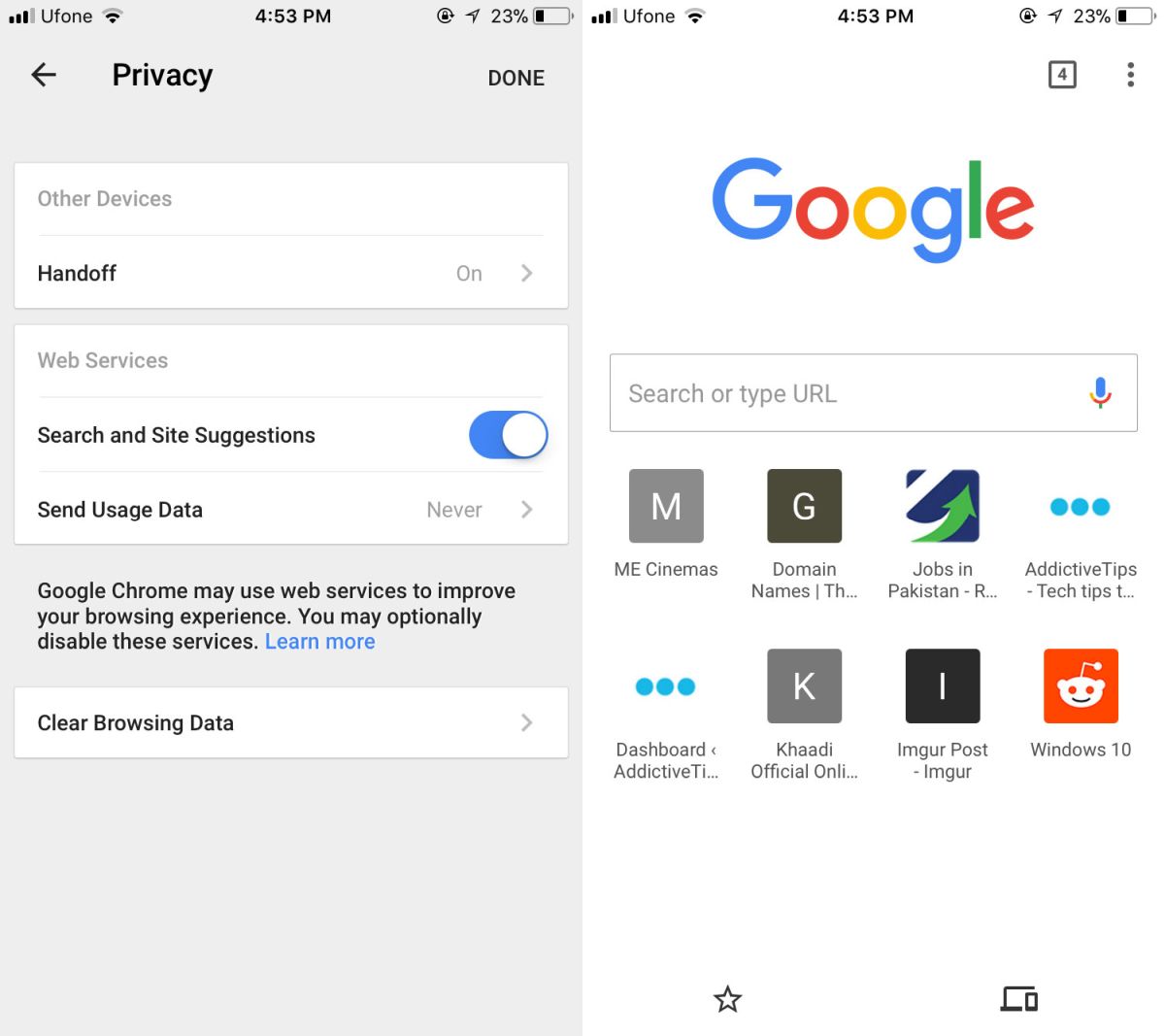 Chrome on Android has suggested content on the new tab page as well. Turning it off isn’t as obviously simple as it is on iOS.

To turn off suggestions on the new tab page in Chrome, enter the following in the UL bar. Tap the dropdown under it. Select the ‘Disable’ option from the menu that opens, and relaunch Chrome using the Relaunch Now button that appears after you’ve modified the flag.

That’s all you need to do. After you disable this flag in Chrome for Android, the suggested news content will no longer appear on the new tab page in Chrome. It will however be replaced with your recent bookmarks.

This new feature was added in Chrome 54 which means it’s been around for a few months now. The ability to disable it has always been there. iOS might have received this feature later than Android users since Google usually pushes new features to the iOS version of its apps after they’ve already been on Android for a significant amount of time.

The suggested content isn’t useless in that it does correctly identify what topics you’re interested in and show you relevant content. The only downside is if you’re interested in a particular niche e.g. technology, you probably follow the websites that Chrome suggests. The suggestions are hardly ones where you will discover new websites to read. It’s the same, popular ones that people who aren’t interested in technology have probably heard of. This is why it makes little sense for Chrome to add a feature like this.

It doesn’t even offer users a better reading experience. It’s essentially directing you to a particular website that you probably already follow.