Facebook announced it would add a feature to its Messenger apps that would allow users to unsend a message. There was no real ETA on when the feature would roll out but the feature has now rolled out to all users, worldwide. You can unsend messages on Facebook Messenger within a certain time period. Unsending a message allows you to remove a message from both your and your recipient’s side however, it does leave a trace. 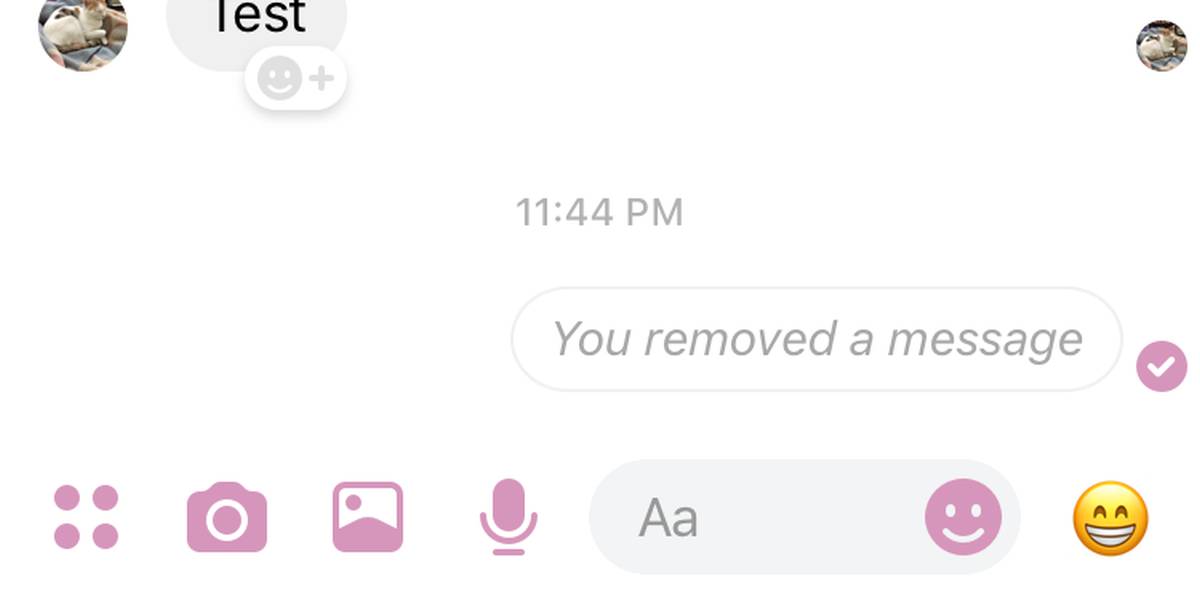 This feature is available on the Facebook Messenger apps for both iOS and Android. Make sure you update the app to the latest version that’s available.

Open Facebook Messenger and send a message. Tap and hold on it until you see the reaction bar. At the same time, you will see a bar appear at the bottom with options to copy, forward, and remove or delete the message. Tap the Delete or Remove option (whichever one you get). 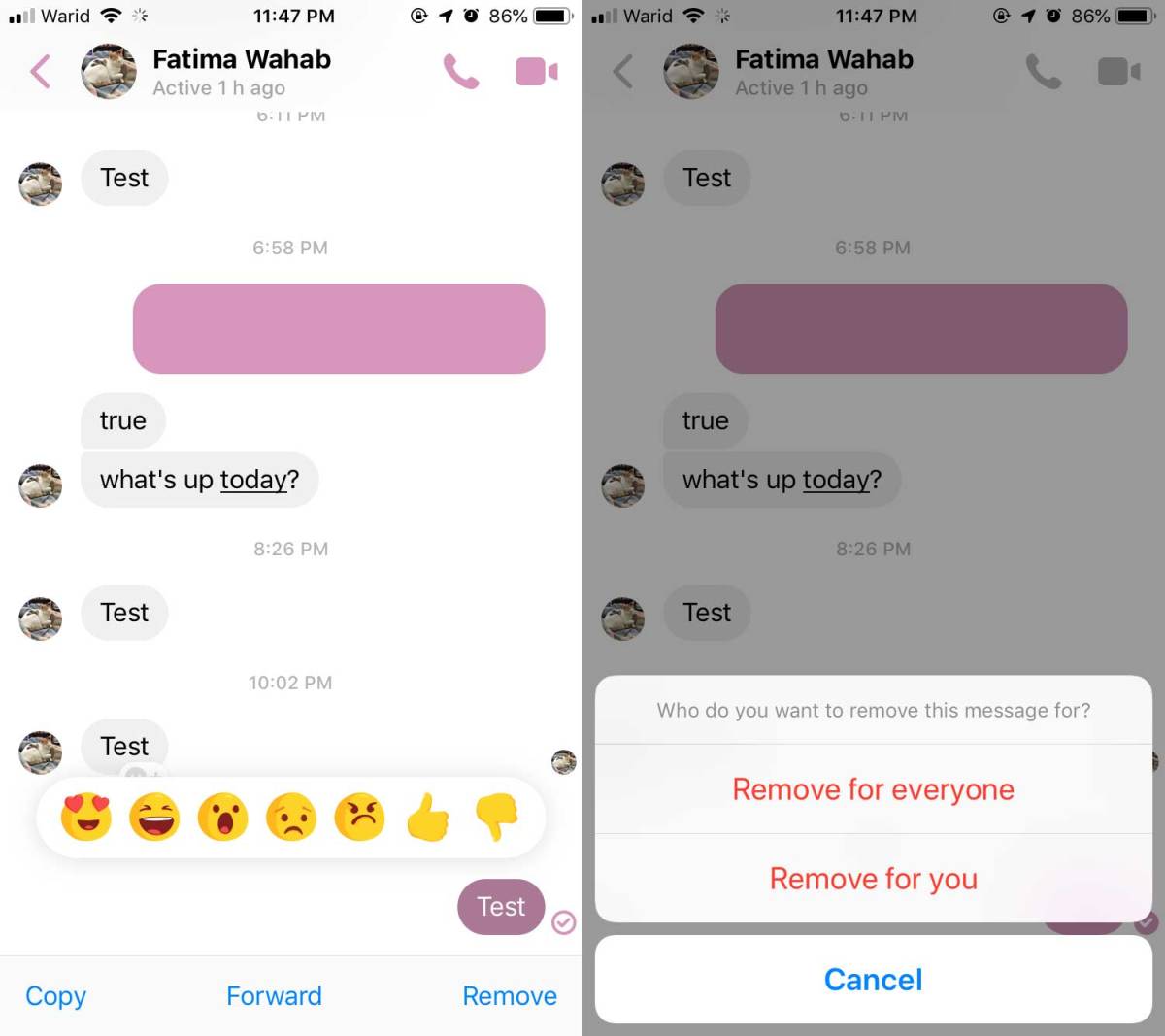 The message being unsent isn’t going to leave without a mark. Your recipient will know that a message was removed from the conversation. The feature, like those similar to it on other messaging apps, has limitations. For example, you will find that you cannot go back and unsend older messages. There is a limit to how old a message can be for it to be unsent. If a message is too old, you cannot unsend it.

It also goes without saying that just because you can unsend a message doesn’t mean that your recipient will not have read/seen it before you get the chance to remove it. They may take a screenshot of it as well before it’s removed so remember that unsending isn’t a fix for bigger messaging problems.

WhatsApp has a similar unsend feature which allows you to unsend messages that are no older than 7 minutes. There’s no word on how old is too old for a message to be unsent on Facebook Messenger but you can take a hint from WhatsApp and expect similar time limits.

It’s interesting to note that the feature was initially something that was used internally at Facebook to protect its executives’ communication from leaking. It was only when this information became public that Facebook announced it would roll out the feature to other users as well.