How to correct dependency errors on Debian

Dependency errors can sometimes occur on Debian Linux when the user downloads a package from the internet, and the operating system can’t find the right dependent files and libraries required to run the program successfully. So, if you’ve run into dependency errors on Debian when installing applications, follow along and learn how to correct them.

Usually, most Debian users will not run into these kinds of errors when installing packages, as they tend to stick with installing only software that is officially included within official Apt software sources. If you’re dealing with broken packages on Debian, we have a separate post on how to fix them.

Note: in this guide, we will be focusing heavily on Debian Linux. With that said, the information we cover in this post isn’t exclusive to Debian. If you use a Linux-based operating system that is derivative of Debian, feel free to follow along too!

What is a software dependency?

A software dependency is a dependent library, set of programs, or toolkit that an installed program needs to run successfully. Without dependencies, any Linux app you download from the internet to use on your Debian Linux PC will not run correctly.

Dependency issues this day and age are rare on Debian, due to more and more packages coming to the software repositories, and the advent of  universal packaging solutions such as AppImage, Flatpak, and Snaps which take the worry of collecting individual dependencies, by bundling everything the user needs to run an app right out of the box.

Correcting dependency errors with Apt-get in the terminal

Alternatively, if you’re running a version of Debian Linux that includes the Apt command, or maybe you prefer it to Apt-get, you can correct the dependency issues using the command below.

Taking care of dependency issues on Debian through the terminal window is very useful, especially for those running Debian Linux on a server system, or something similar. However, if you prefer to use the GUI, the Synaptic package manager is the way to go.

Most Debian Linux systems come with the Synaptic package manager pre-installed and ready to use. That said, if you do not have the application installed already, open up a terminal window by pressing Ctrl + Alt + T or Ctrl + Shift + T on the keyboard and enter the installation command below.

With the Synaptic application installed on the system, it’s time to start using it. Open it up by looking for “Synaptic Package Manager” in the application menu and click to launch it. 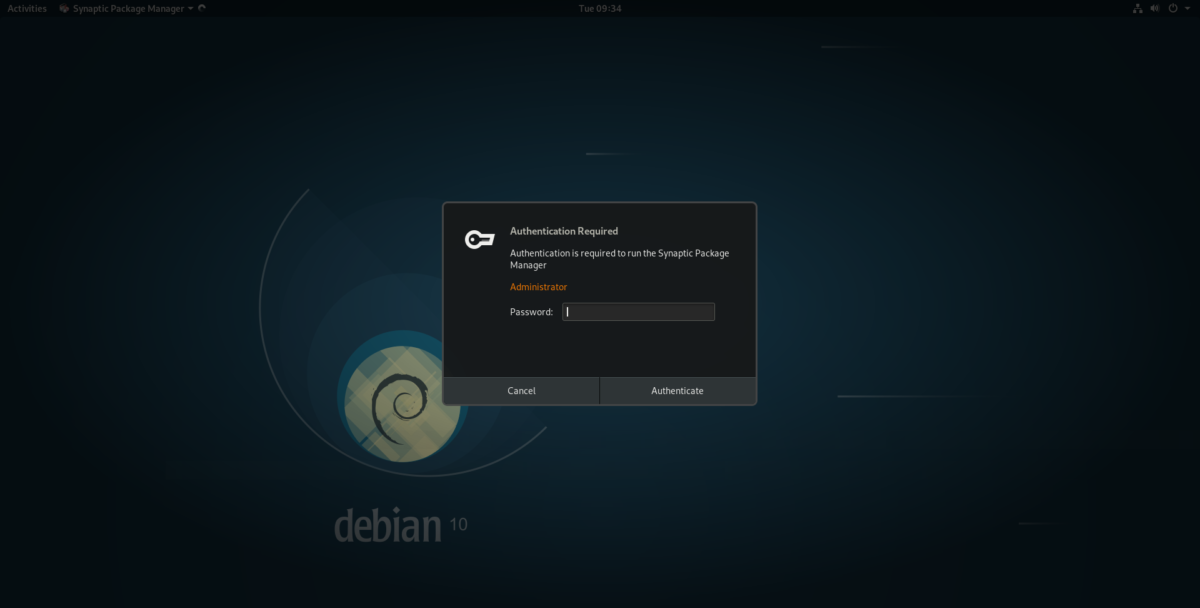 As the Synaptic application starts up, you’ll be asked to enter a password. Write in your user password. If the password is accepted, Synaptic will be ready to use.

To fix a dependency issue in Synaptic, locate the “Edit” button in the app window and click it with the mouse. Inside of the “Edit” menu, there are several options. Look through the different options for “Fix broken” and select it. 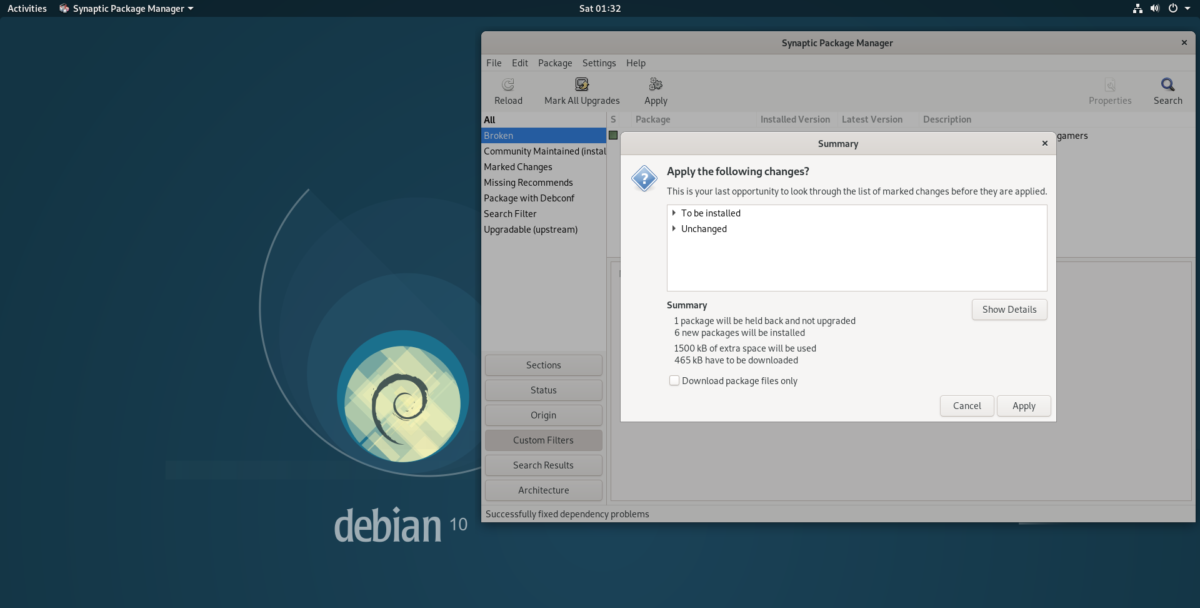 After clicking the “Apply” button, a window will show up in Synaptic. In this window, you’ll see downloads in progress. Let the process complete. When everything is done, your dependency issues will be gone!

If you’re tired of running into software dependency issues on Debian Linux, do yourself a favor and start using Flatpak and Snap packages more when you need applications that do not show up in the official software repositories.

Flatpak and Snap are excellent new pieces of technology that are taking the hard work out of getting the software to work on Linux. They don’t require dependencies. Everything is bundled in a neat, secure sandbox. Best of all, as Debian Linux tends not to update software quite as fast as other Linux distributions, you’ll be able to super-charge your system by getting the latest apps. 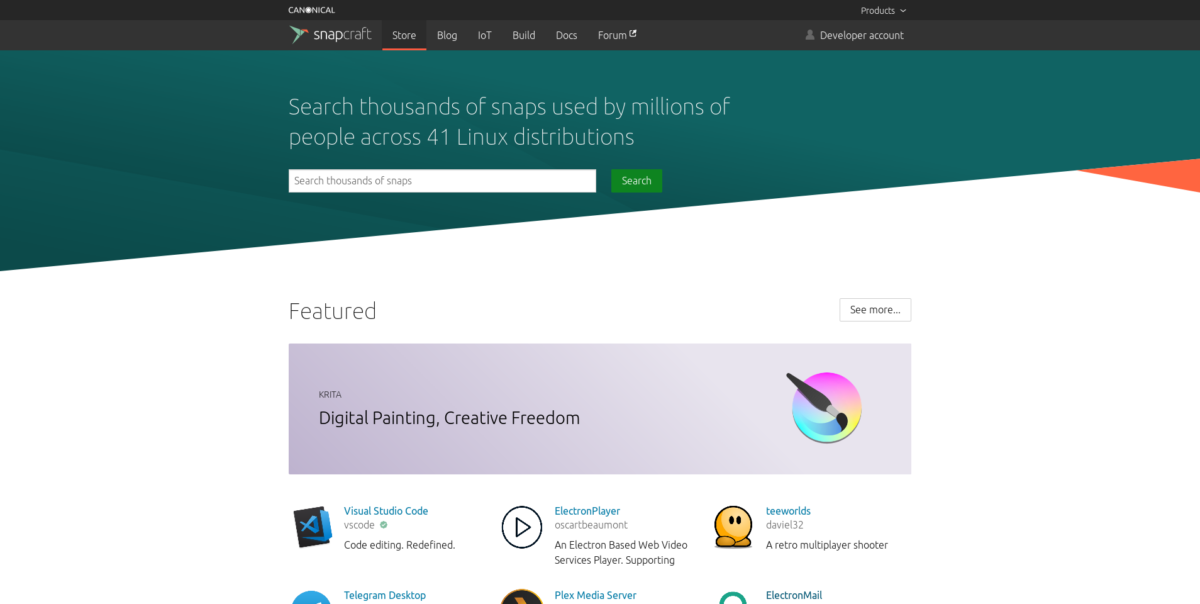 For information on how to set up Snap packages on Debian, check out our guide on the subject. Additionally, you may want to set up the official Snap store. Lastly, if you’re interested in trying out Flatpaks, follow our in-depth tutorial on it here.