How to fix a frozen XFCE Linux desktop

The XFCE4 desktop environment is a lightweight powerhouse of a desktop environment. It’s rock-solid and rarely crashes, due to how reliable and stable its codebase is. That said, nothing is 100% perfect, and problems can happen on even the most sturdy of desktops. So, here’s how to fix a frozen XFCE Linux desktop.

Most of the time, the problems, issues, and crashes on XFCE4 involve the XFCE4 panel. It’s understandable, as the panel can sometimes have plugins added to it that cause it to fail.

Sadly, there’s no built-in way for XFCE users to click a button so that the panel will restart, and there’s no secret reset function built-in like there is in Gnome Shell. Instead, users looking to fix a non-responsive XFCE4 panel must force-quit it and re-launch it.

The best way to kill and re-run the XFCE4 panel is with the terminal. Mainly because the terminal emulator will give you program output details, and you’ll be able to troubleshoot the issues causing your panel to lock up and fail. So, press Ctrl + Alt + T or Ctrl + Shift + T on the keyboard and get a terminal window open. Once the terminal window is ready to use, run the pidof command to determine the process ID code for the panel.

Read the output number and place it into the kill command below. 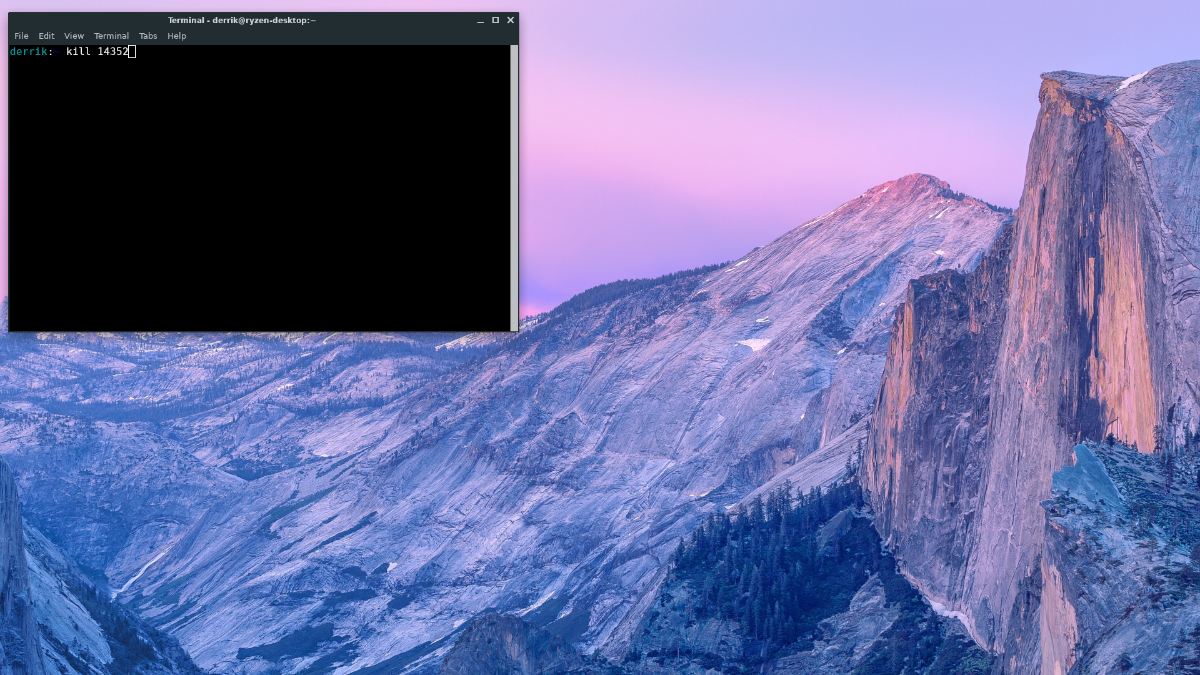 Alternatively, if the top command doesn’t kill the panel, try this command.

With the XFCE4 panel closed, you can re-launch it directly from the terminal with:

Running this command from the terminal will add a new XFCE4 panel onto the screen. From there, you can execute disown to send it to run in the background as a process, outside of the terminal.

Though the XFCE4 panel is a major annoyance, it’s not the only thing with the potential to break your desktop session. The XFCE4 window manager can also run into some problems when it crashes and can make it so that you can’t minimize/maximize windows open on the desktop.

Much like the panel, the Window manager can be dealt with through the terminal. So, launch a terminal window by pressing Ctrl + Alt + T or Ctrl + Shift + T on the keyboard. From there, you’ll need to run the xfwm4 command with the “–replace” switch, so that it can replace itself with the current instance of the window manager that is broken. 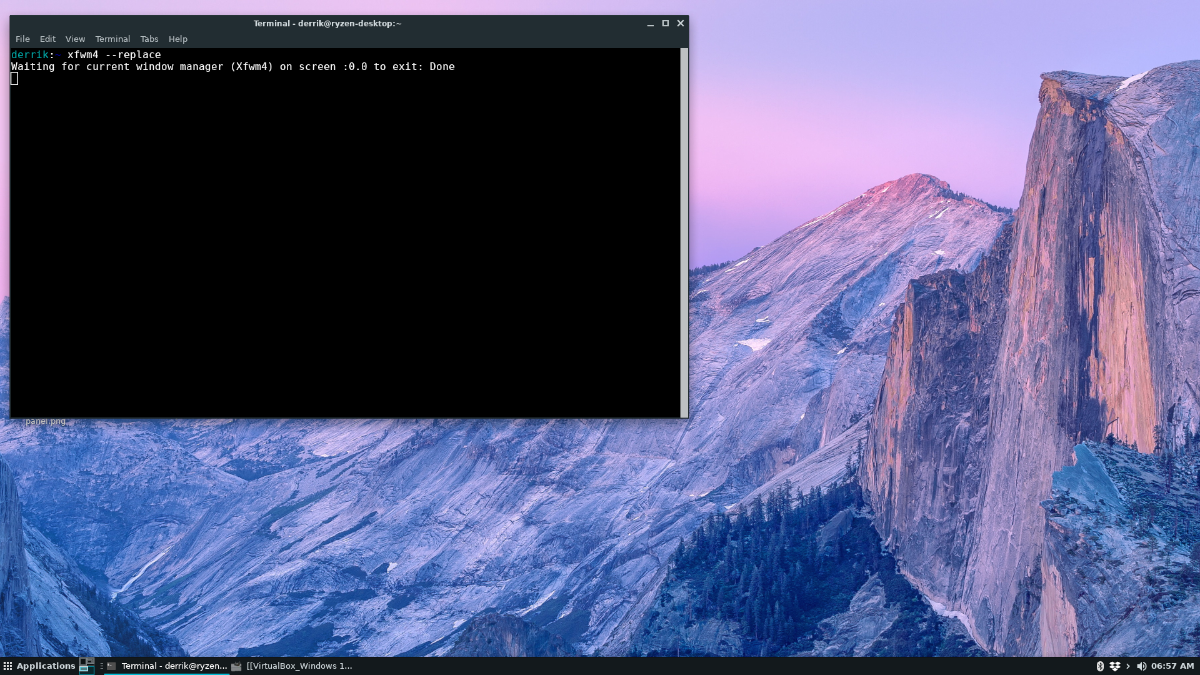 Upon running the command above, you’ll see your desktop flicker for a second. Don’t panic! This flash is a good thing, and it means that the window manager and everything handling your desktop session is refreshing. From here, all window-switching issues should be gone!

Is the window manager not refreshing when you run the replace command? Try to re-run it a few times. Or, if all else fails, run a kill command and the XFCE4 desktop environment should automatically restart the window manager on its own.

Using a few commands in the Linux terminal to restart the XFCE4 panel or the XFCE4 window manager works in a pinch, but if you’d like to do it all in one go, the best way is to write a script.

The first step in creating a reset script for the XFCE4 desktop is to create the file where the code will be stored. To create a new file, use the touch command below.

After running the touch command above, a file with the name “xfce4-restart” will appear in your home directory (~). From here, open up the script file with the Nano text editor.

At the top of the restart file, write in the first line of code. This code is known as the “shebang,” and it will help your Linux operating system run the script properly.

Following the shebang code, add in the command that will kill the XFCE4 panel.

Press Enter to make a new line underneath the panel command, then add in a command to re-run the panel.

With the file permissions up to date, move the file into “/usr/bin/” with the mv command.

You’ll now be able to restart both the panel and window manager on the XFCE4 desktop by merely bringing up the quick launcher with Alt + F2, entering the command below and pressing the Enter key!