How to install Microsoft OneNote on Linux

OneNote is Microsoft’s answer to Google Keep, Evernote, and the many other cloud-based Note-taking applications on the market today. It integrates within the Microsoft Office Suite, and users are free to use it, so long as they create a free account.

OneNote has a desktop application, but it does not support the Linux platform. It seems that unlike Microsoft’s other apps, there are no plans to release OneNote to open source OS fans. As a result, the P3X OneNote client was born.

P3X OneNote is an unofficial application for Linux that lets users create, and share notes right from the Linux platform. In this guide, we’ll go over the many ways to install Microsoft OneNote on Linux.

The quickest, simplest way to use the unofficial version of OneNote on Linux operating systems is to install the Snap release. However, before it can be installed, Snap support must be enabled. 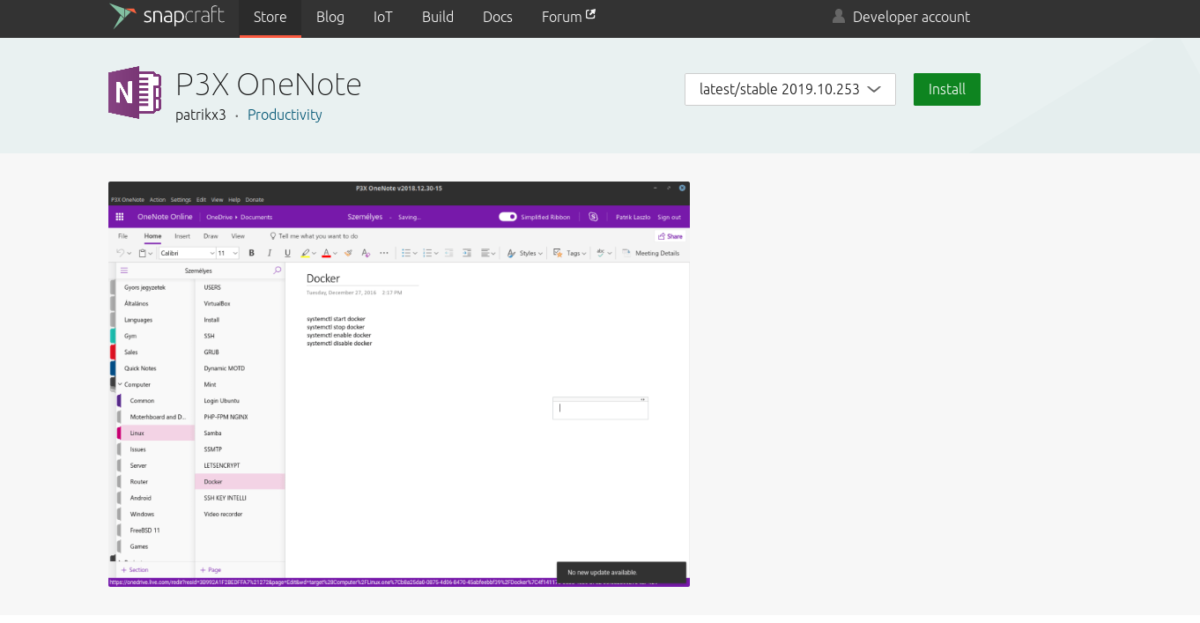 Most Linux operating systems have support for Snap packages. From Ubuntu, all the way to hobbyist distributions like Gentoo, and Arch Linux. Still, a lot of these Linux operating systems (except for Ubuntu) do not enable Snap support by default. So, head over to this guide here to learn all about how to get Snaps working on your Linux OS. Then, once it is set up, use the snap install command below to get the latest release of OneNote from the Snap store.

Another way to use the unofficial Microsoft OneNote app on Linux is with AppImage. The AppImage release isn’t as well known as the Snap version, but it’s still worth checking out. Mainly as there’s no need to install any third-party libraries. Instead, everything is self-contained within the image file, and it’ll run on every single Linux operating system in existence. Best of all,  AppImages are portable programs so you can take it anywhere! 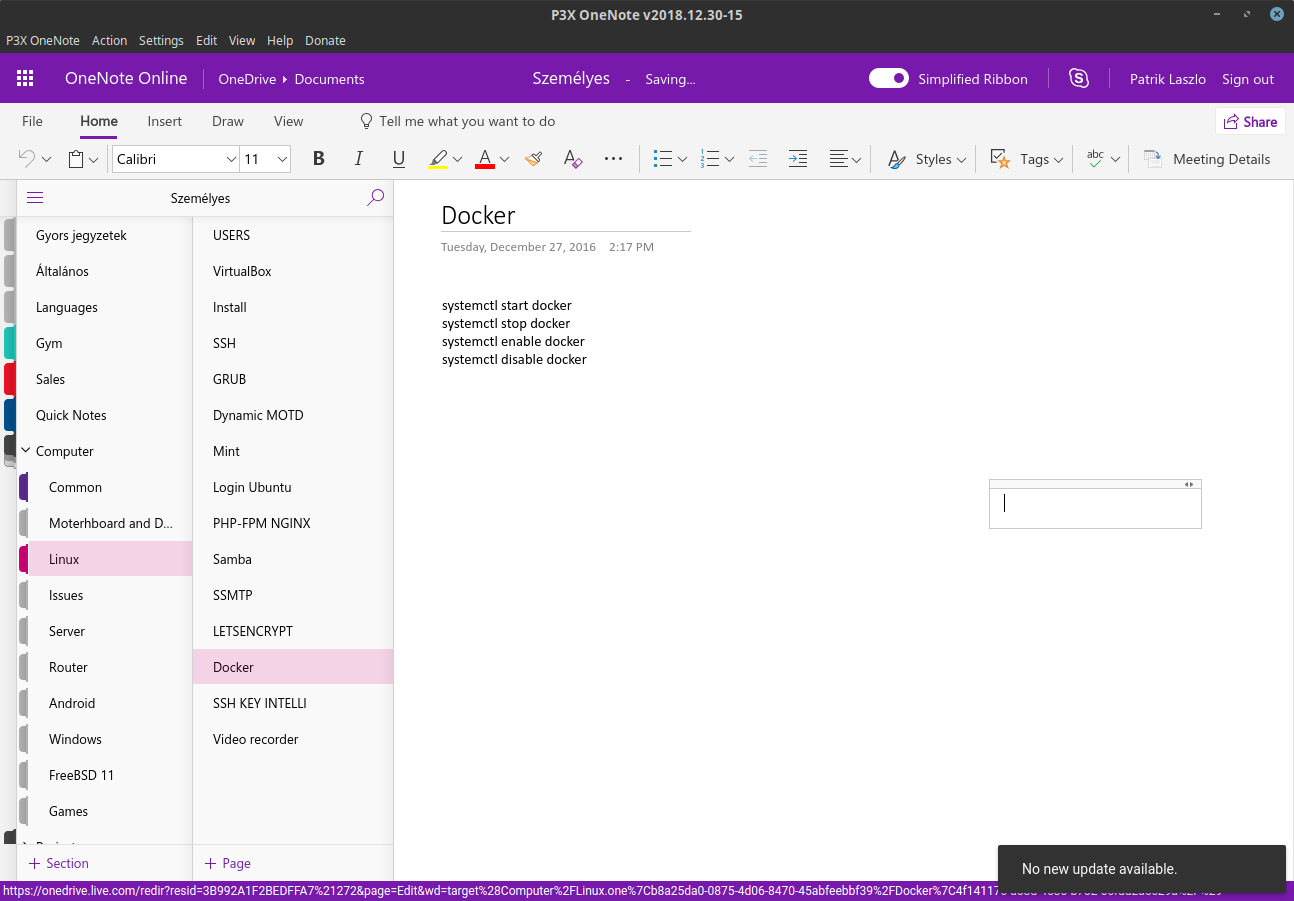 To start the AppImage installation, you’ll need to open up a terminal window on the desktop. To do this, press Ctrl + Alt + T or Ctrl + Shift + T on the keyboard. Once the terminal window is open, use the mkdir command to create a new directory with the label of “AppImages.”

Move the terminal session from the home folder (~) into the newly created “AppImages” directory using the CD command.

Inside of the new “AppImages” directory, use the wget downloading tool to grab the latest release of P3X OneNote for your Linux OS. Keep in mind that you will need to re-download new AppImage files for P3X OneNote with each update!

For the 64-bit version of P3X OneNote, use the following download command.

Or, for the 32-bit version of P3X OneNote, try this command instead.

When the AppImage file is done downloading, the permissions for it must be changed, as its current permissions mean that it’s not possible to launch it as a program. To change file permissions, use the chmod command.

With the file permissions fully up to date, you’ll be able to execute P3X OneNote for the first time by running it as a command, with “./” in front of the filename.

From here on out, launch the app with:

Or, by opening the Linux file manager, opening the “AppImages” folder, and double-clicking on the P3X OneNote AppImage file.

In addition to being installed via Snap and AppImage, P3X OneNote can be built from scratch with NodeJS and the NPM packaging tool. To start the installation, open up a terminal window and install the latest NPM on your system.

Note: the NPM version of P3X OneNote is buggy, and may not work for you. Use this software at your own risk!

Most Linux operating systems support NodeJS and the NPM package manager. To install it, head over to Pkgs.org, and locate your operating system in the list. Alternatively, if there are no binary packages listed for the distribution you currently use, head over to this page to learn how to install NodeJS from source.

Once you’ve got the NPM package manager set up on your Linux PC, the P3X OneNote installation process can begin. To start, use the npm install command below. It’ll download everything it needs, and automatically build the code rather quickly.

Assuming the building process is successful for P3X OneNote, you’ll be able to run the program by pressing Alt + F2 on the keyboard, and entering the launch command below into the quick-launch window.

Note: aside from the quick-launcher, P3X OneNote can also run directly from any terminal with the command below.