Snow is a light theme for Linux that follows a Mac-like design spec with greyish color gradients. While fans of popular Material Design themes like Adapta or Arc may not like it, Snow fills a void for people who love Mac, use Linux, and want something modern. 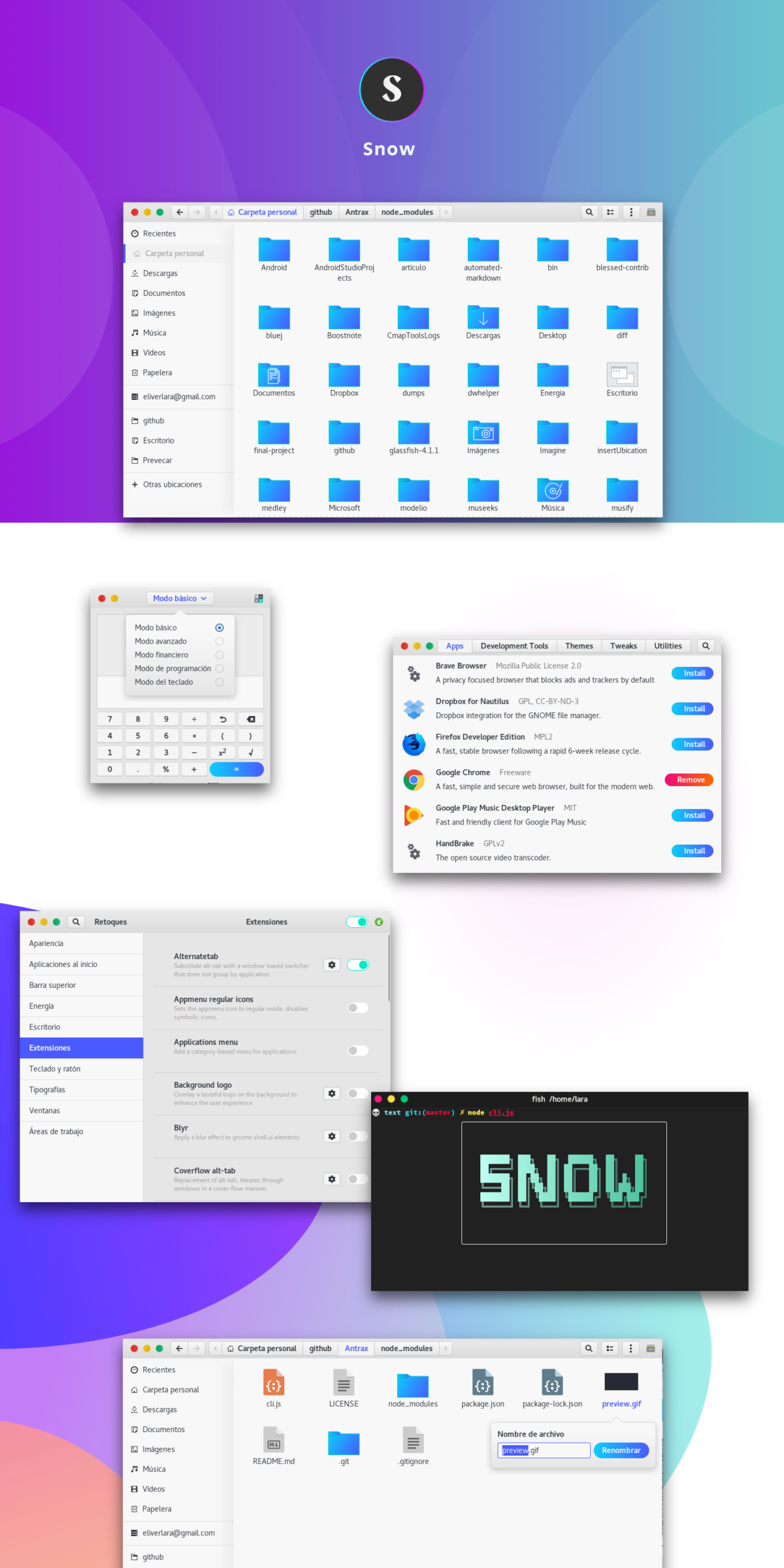 The Snow GTK theme is available to download for all Linux users via the Gnome-look theme website. To get your hands on this theme, follow the step-by-step instructions outlined below.

Step 1: Head over to Gnome-look.org and locate the “Files” tab, and click on it to access the download options available on the site for the themes.

Step 2: In the Snow download area (Files), there are two download options. The first option is Snow.tar.xz, the main snow theme. The second one is Snow-alien.tar.xz.

Pick one of the options (Snow or Snow alien) by selecting the blue button next to the file.

Step 3: Upon clicking on the blue button, a download message will appear on the screen. Click on the “Downloads” option to instantly download either Snow or Snow alien to the “Downloads” folder on your Linux PC.

Once the download for Snow is complete, move on to the next section of the guide.

The Snow GTK theme, as well as Snow alien, must be fully extracted from their TarXZ archives before attempting to use them as system themes on the Linux desktop.

Extracting TarXZ archives on Linux is best done with the tar command in the Linux command-line. Why? The command-line is very fast, efficient and will allow users to manipulate and deal with files with a single command, rather than dealing with the tediousness of Linux file managers.

To start the extraction process, open up a terminal window by pressing Ctrl + Alt + T or Ctrl + Shift + T on the keyboard. Then, follow the step-by-step extraction instructions below.

Step 1: The Snow and Snow alien files, when downloaded, are stored in the “Downloads” folder. However, when the terminal window is open, it is not in this folder. So, you must move the terminal session there with the CD command below.

Step 2: Once inside of the “Downloads” directory, run the ls command in combination with the grep tool to verify that you’ve indeed downloaded Snow or Snow alien.

Assuming the command outputs a printout that shows Snow.tar.xz or Snow-alien.tar.xz, you’ll be able to move on to the next step. If not, re-download it.

Step 3: Fully extract the contents of the Snow or Snow alien TarXZ files by executing the tar xvf command below.

or, for Snow alien:

When the extraction process is complete, you will see a Snow or Snow-alien folder in the “Downloads” directory. Confirm it with the ls command below.

or, for Snow alien

After confirming the new folders, move on to the next section of the guide.

Installing the Snow GTK theme on the Linux desktop, much like extracting it from the TarXZ archive, requires the terminal. To start the installation, open up a terminal window. Then, follow the instructions outlined below that correspond with the method of installation you prefer.

Installing the Snow GTK theme on Linux in single-user mode means that only one user has access to the theme (the user that installs it). This method is perfect if only one person has access to your Linux PC, and you do not plan on adding any other users.

To install the Snow GTK theme on your Linux PC as a single-user, start by opening a terminal window and moving it to the “Downloads” folder with the CD command.

Once inside of the “Downloads” directory, use the mkdir command to create a new folder called ~/.themes in your home directory (~).

Alternatively, to move the Snow alien theme, enter these commands instead.

Installing the Snow GTK theme system-wide, do the following. First, open up a terminal window and move the terminal session to the “Downloads” directory with the CD command.

Once in the “Downloads” directory, move the terminal from a standard user to the root user using sudo -s.

Finally, install the Snow GTK theme to the /usr/share/themes/ directory with the mv command.

And, for Snow alien, do the following:

The Snow GTK theme is installed on your Linux PC. However, just installing the theme isn’t enough to make your Linux desktop start using it. You must modify the appearance settings so that the default theme is changed to Snow or Snow alien. 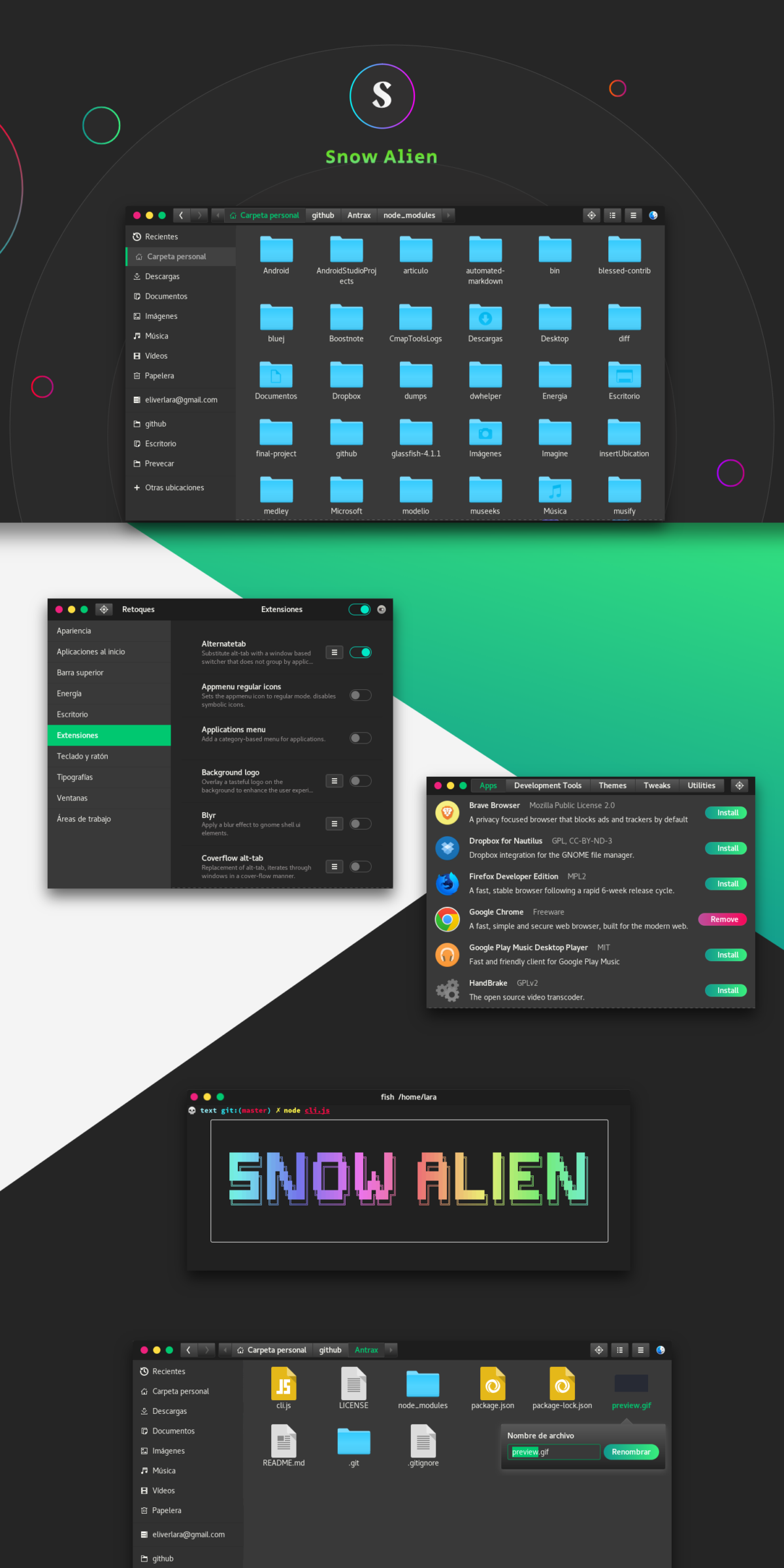